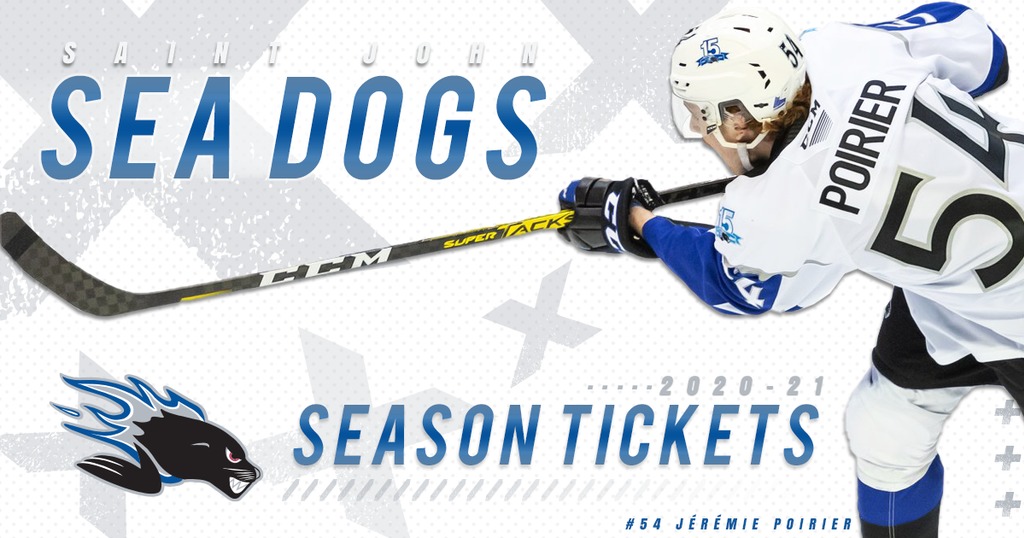 We are so happy to send you this email. Hockey is back!

At a time where we could all use a little bit of “normal” in our lives, the Sea Dogs will be playing hockey at TD Station this season. They will not only be playing hockey, but this young and talented core is looking to start a three-year stretch competing at the top of the standings.

Off the ice, as you know, this season will look different than any other in history. We’re very fortunate to have Sea Dogs action back at TD Station and safety is going to be top of mind for all of us. Together we must follow the important guidelines that Public Health, the Government of New Brunswick, and the QMJHL have mandated.

As a result, TD Station and the Sea Dogs have made necessary changes to arena operations including seating plans and capacity. Some of the bigger changes include very limited capacity (around 25% of seats), social bubbles, and masks once you get inside TD Station. Also, because of all the changes to the seating plan, you shouldn’t expect to sit in your same seat, and possibly not in your same section as last season. To help answer many of your questions, please view our Frequently Asked Question sheet here.

The puck drops at TD Station with our regular-season Home Opener on Saturday, October 3rd and even earlier on September 1st with our first pre-season game.

There have been a lot of big additions to the team since the season was ended abruptly back in March.

The team also made a major addition off the ice, hiring former NHL Head Coach, former AHL and OHL Coach of the Year, and three-time Stanley Cup Champion, Greg Gilbert to lead the team behind the bench.

With growing excitement around the team and a limited number of seats available due to social distancing, we anticipate that only those who have season tickets will be able to get a seat at the Sea Dogs games this year.

Fortunately, because you were a Season Ticket Member last season, you have first chance at securing seats.

With the limited number of fans in the arena, and the growing cost of ensuring safety for our fans, players, and staff, prices have changed for this season.  Season Ticket Member pricing is as follows:

Tickets can be purchased at the TD Station Box Office beginning on Monday, August 24th. You are welcome to stop by TD Station with your social bubble to purchase your tickets. For individuals that will be paying for full bubbles through one payment card, tickets can be purchased through the TD Station Box Office over the phone (506-657-1234) or online via our online store at store.saintjohnseadogs.com (beginning August 24th). Due to COVID-19 Contact Tracing, all personal information must be filled out accurately and completely.

First choice for Season Tickets for existing Season Ticket Members will be available until  September 14th. After this day, Season Tickets will be made available to the public. A reminder this does not affect your reserved seat for the 2021-2022 season. If you wish to take a year off during this time, we fully understand.

We want to enjoy Sea Dogs hockey together again and are here to help as much as we can. If you have questions regarding payment methods, changes, or procedures, please reach out to Kevin Hamilton (kevin.hamilton@saintjohnseadogs.com) or Andree Stephen (andree.stephen@saintjohnseadogs.com). We will be happy to work with you on seat selection and processing payments for you and your hockey bubble.

Thank you for your support, patience, and understanding as we look to keep everyone safe in the arena this year.