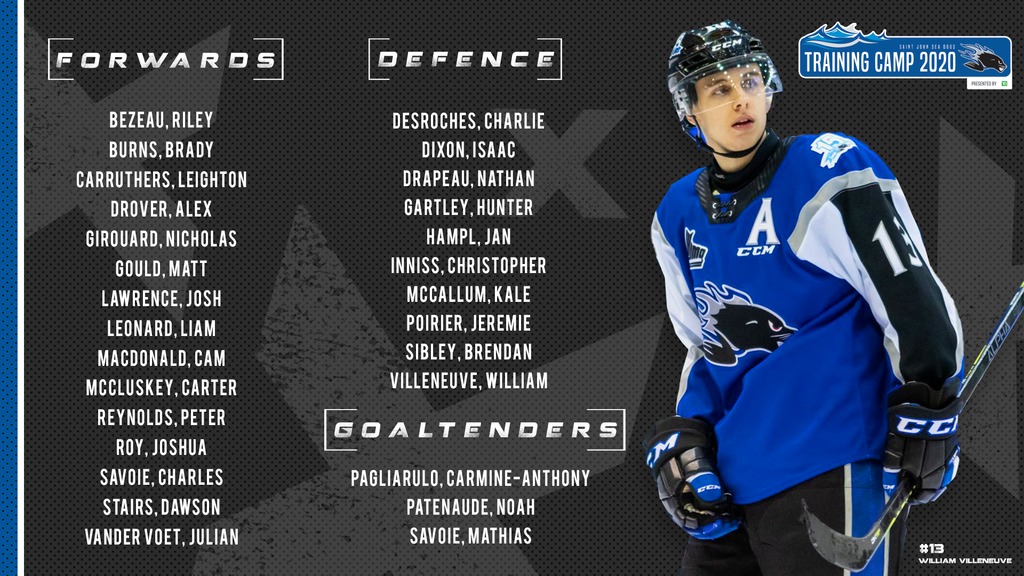 The Saint John Sea Dogs have announced their Training Camp Roster. The 2020 edition of Training Camp which beings on August 30th,  includes 15 forwards, 10 defencemen and three goaltenders. Among the 28 players attending camp, 14 are returning rostered players from last season.

This will be the first in-person look at the roster for Sea Dogs Head Coach, Greg Gilbert. Gilbert was announced as head coach of the Sea Dogs back on June 19th, 2020.

This will also be the on-ice debut for newly acquired Sea Dogs Nicholas Girouard, Christopher Inniss, Liam Leonard, Cam MacDonald, Carmine-Anthony Pagliarulo and Peter Reynolds.  Girouard, Inniss, Leonard and Pagliarulo came to Saint John by way of trades in the offseason, while MacDonald and Reynolds were drafted to Saint John and were previously committed to the NCAA before signing with the Sea Dogs this summer.

Players from outside the Atlantic Bubble are currently completing their 14 day self-isolation ahead of the August 30th start date for camp.

American Matt Gould and Czech defenceman Jan Hampl will attend camp, but will be joining at a later date.

Training Camp will take place at TD Station and is closed to the public.