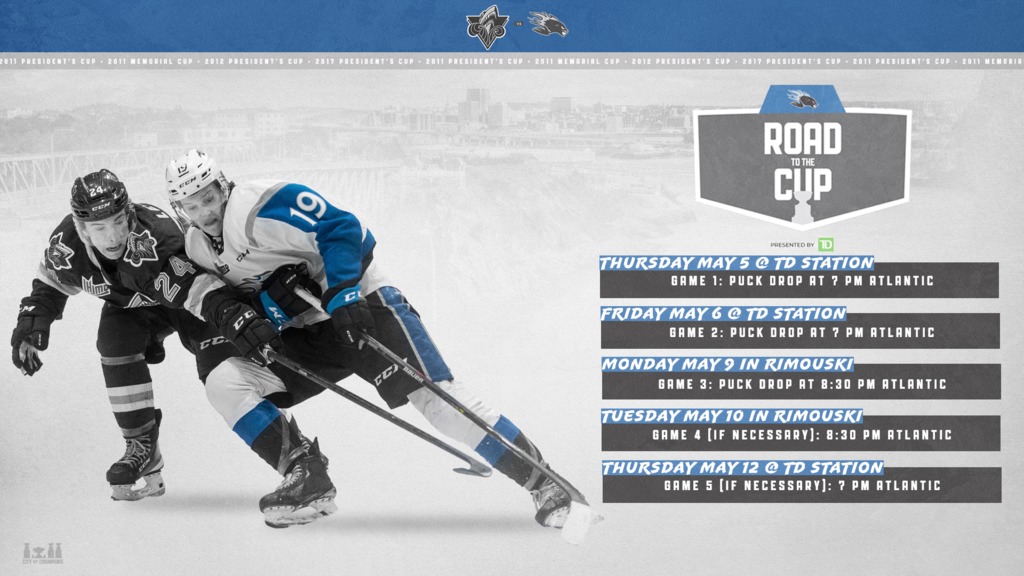 The regular season has ended and the 2022 President Cup playoffs begin this week!

The Saint John Sea Dogs finished the season third overall in the QMJHL standings and will face off against the ninth overall Rimouski Oceanic in the first round of the playoffs. The teams went 1-1 in the season series, Saint John winning 6-2 in Saint John on February 6, and Rimouski taking the win 6-1 later that week on February 11.

Being the higher seed, the Sea Dogs will begin the series at home, hosting the Oceanic Thursday May 5 and Friday May 6 at TD Station to kick off the Road to the Cup presented by TD. Puck drop for both games is at 7 PM.

The series will then head to Rimouski, playing game three on Monday May 9 at 8:30 PM Atlantic.

A best of five, should the series require more than three games to be decided, the teams will play again in Rimouski on Tuesday May 10 at 8:30 PM Atlantic before returning to TD Station on Thursday May 12 for game five if necessary.

Packages for all 13 home games for the general public are $286 for Adult, $260 for Senior, and $169 for 25U and Season Ticket Members, as well as anyone that has purchased packages to the Memorial Cup, receive discounted prices on Playoff Packages.