MENU
In response to the suspension of the season by the QMJHL, the Sea Dogs office will be closed until further notice. Please see the below announcement re: existing tickets and flex vouchers. Please hold on to any unused tickets. For questions/information please contact info@saintjohnseadogs.com We thank you for your patience and understanding as we continue to work through this.
November 15, 2019 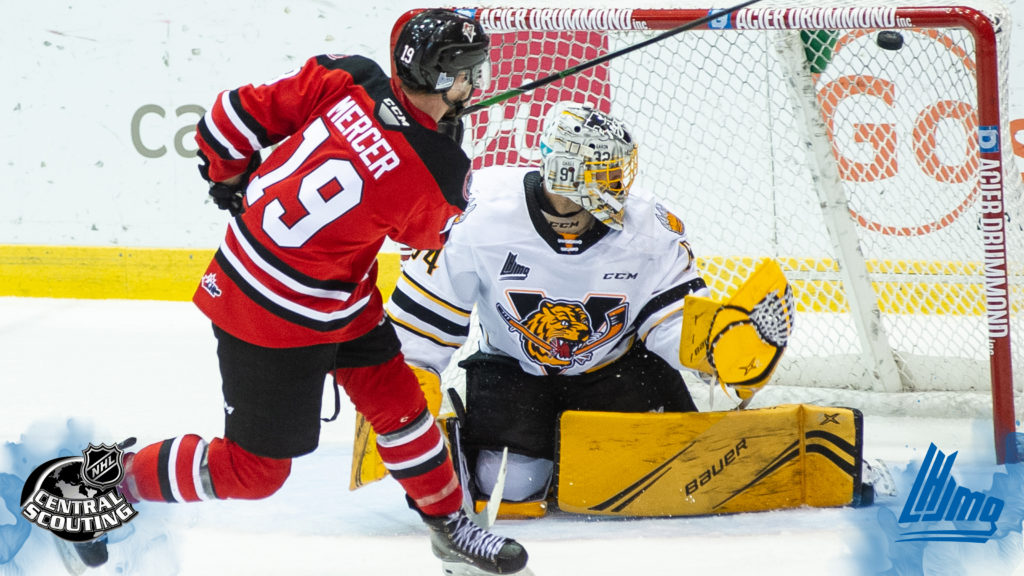 November’s National Hockey League Central Scouting’s list has been released and it contains players to watch ahead of the 2020 NHL Draft, held in Montreal, QC at the end of next June.

In total, 27 QMJHL players garnered the attention of the scouting experts. Among the group, five players received an “A” grade as potential first round picks, including potential first overall selection, Alexis Lafrenière.

Among the QMJHLers on the list are four goaltenders, 10 defencemen and 13 forwards. The list also features six European-born players currently suiting up in the Q.

15 of the 18 QMJHL franchises have at least one of their player’s ranked, with the Cape Breton Eagles, Chicoutimi Saguenéens, Saint John Sea Dogs and Shawinigan Cataractes leading the way with three representatives apiece.

Some players, such as Val-d’Or Foreurs’ Jérémie Biakabutuka, will eventually be ranked but have an “LV” designation for the time being after receiving limited viewing from scouts because of injuries.

Here are the QMJHL players to watch on November’s NHL CSS list: