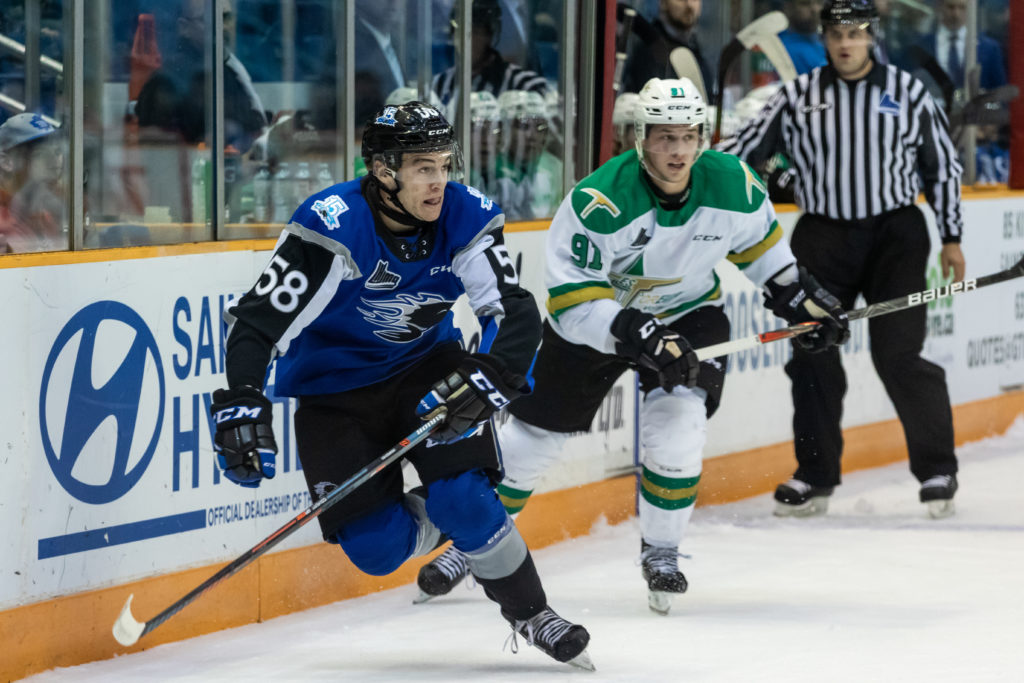 Zachary Bouthillier got his second start in a row for Saint John while Jonathan Lemieux got the nod for Val-d’Or.

The Sea Dogs killed off a pair of penalties to start the game, it was the needed boost their struggling penalty kill needed. Unfortunately it was the power play that would come back to bite them minutes later.

William Provost was called for high sticking at 10:32 and the Sea Dogs went to the man advantage but it was Jacob Gaucher finding himself on a breakaway and beating Bouthillier for the 1-0 lead.

A minute later Alexandre Doucet made it 2-0 Foreurs.

The penalty kill kept it 2-0 during a William Villeneuve tripping infraction and the game headed to the first intermission with Val-d’Or up 2-0.

The Sea Dogs came out of the intermission firing and it wasn’t long before Maxim Cajkovic found the back of the net for his third of the year to make it 2-1. Burns and Guay had the assists on the goal.

From then on, it was all Foreurs.

Lemieux was solid in net, turning away everything Saint John threw at him.

Jordan Spadafore made his presence known to Peyton Hoyt during the game but Hoyt wanted nothing to do with any Sea Dog at any point in the game. Hoyt was suspended seven games for a hit on Kale McCallum during a game between the Sea Dogs and Foreurs at TD Station back in October.

Tommy DaSilva started the third period in net for Saint John and was tested early. Olivier Picard ripped a shot past the Sea Dogs’ relief net minder at 1:58 to make it 6-1.

Midway through the period a scrum broke out in front of DaSilva and it was Patrick Musico and Jacob Gaucher getting yanked for roughing penalties on the play.

The Sea Dogs did begin to claw back.

At 12:43 Jérémie Poirier let a blast go from the point and finally solved Lemieux for his league leading, among defencemen, ninth goal of the year making it 7-2.

Four minutes later Josh Lawrence drove the net down the right side and stuffed one past Lemieux for his fourth of the season closing the gap to 7-3.

The Sea Dogs went to the man advantage with under three minutes remaining but it was too little too late. The final in Val-d’Or 7-3.

Saint John launched a season high 52 shots against Val-d’Or, but Jonathan Lemieux was sensational in net for the Foreurs.

Saint John closes out their first Quebec road trip of the year tomorrow night as they take on the defending Memorial Cup Champion Rouyn-Noranda Huskies at 830PM. Listen in at sjseadogs.com/live 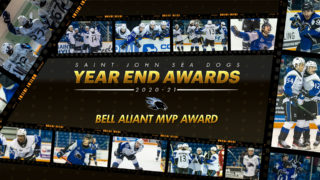 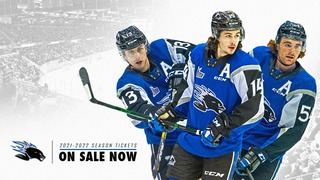 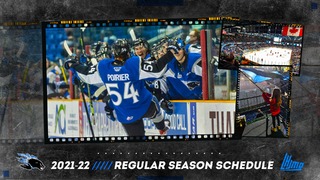 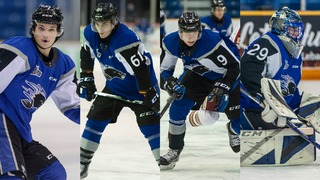 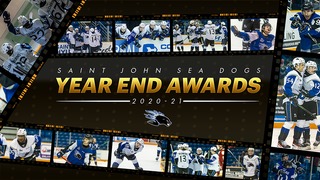