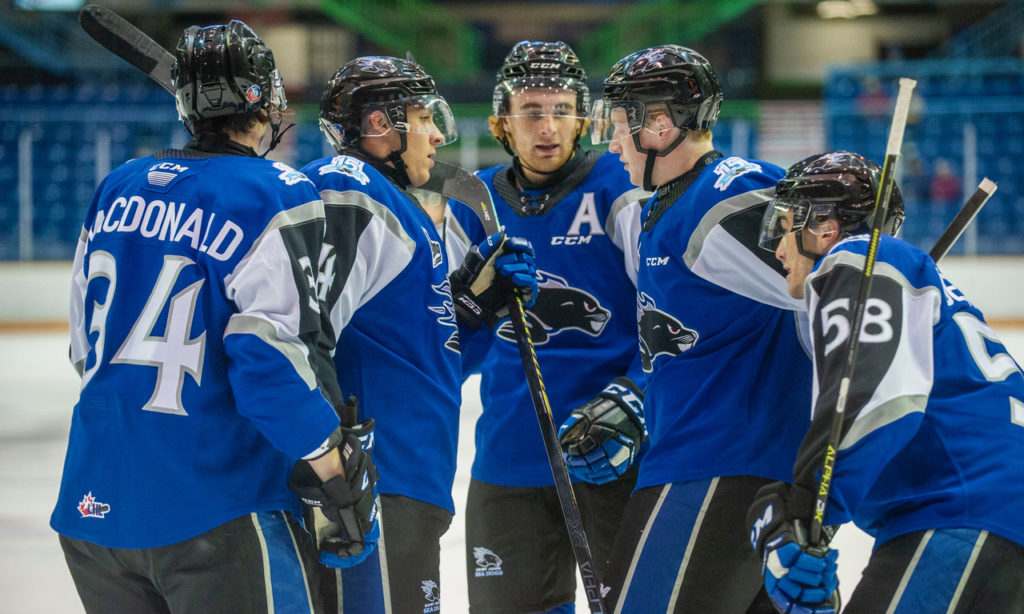 Charlie DesRoches scored a pair on Sunday afternoon as the Saint John Sea Dogs defeated the Halifax Moosehads 6-3 at TD Station. Saint John improves to 2-2-0-0 in preseason play while Halifax take their first loss of exhibition and are now 3-1-0-0. 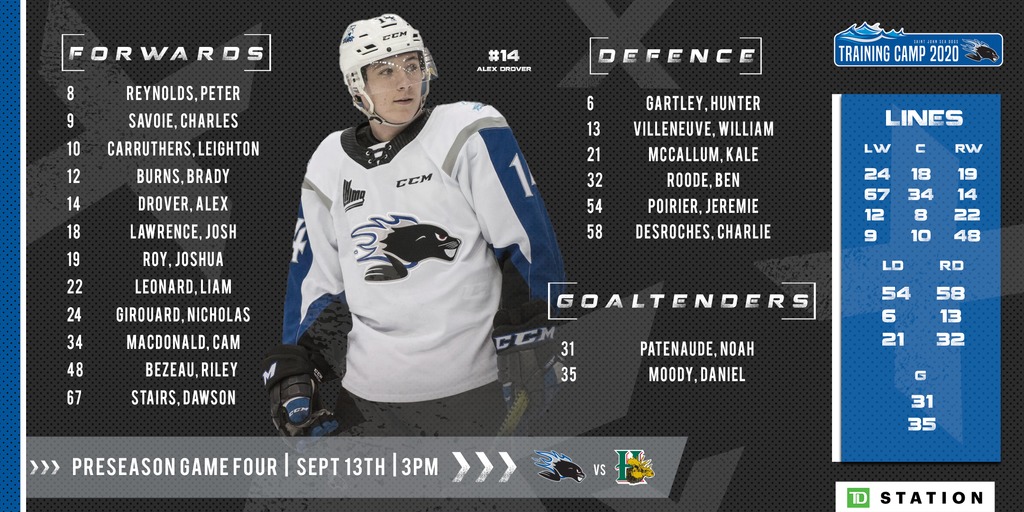 Saint John opened the game with a three goal first period. Josh Lawrence scored his first of the preseason at 11:07 followed by Charlie DesRoches with his team leading third of the preseason a minute later. Riley Bezeau and Zachary L’Heureux dropped the gloves near center ice and it was Bezeau with the clear win before both went off with five-minute majors. Brady Burns added his first of the preseason late after Jérémie Poirier danced in close and found Burns on the back door. Patenaude made nine saves to keep the Mooseheads off the board.

Jordan Dumais broke the Saint John shutout at 9:09 of the second period and both teams swapped their goalies in favor of the backups shortly thereafter; Moody in net for Saint John, and Brady James for Halifax. Dumais added another, this time on the power play for the Mooseheads to cut the Saint John lead to 3-2. The Sea Dogs had their own chance on the power play and it was Charlie DesRoches finding twine with his fourth of the preseason and league leading third power play goal. Alex Drover had the one timer feed on the goal, he is tied for second in the league with five assists and co-leads the team in points alongside DesRoches, both with six. L’Heureux would add another Halifax goal on the man advantage with under two minutes to play but Saint John held on to a 4-3 lead heading into the final frame.

Brady Burns scored his second of the game early in the third period for the 5-3 lead. Dawson Stairs was awarded a penalty shot after being hauled down on a breakaway. He showed a slick move going backhand but Brady James made the sprawling glove save. Halifax pressured for most of the period outshooting Saint John 15-11 but Liam Leonard raced to the puck with the Halifax net empty to seal the win for the Sea Dogs, 6-3 the final.

Patenaude finished 13/14 in the start while Moody was 20/22 in relief. Charlie DesRoches led the offence with two goals and two assists. Poirier and Reynolds each had two helpers while Burns potted a pair.

Saint John will have a few days rest before travelling to Cape Breton for a pair of games against the Eagles. Cape Breton will be livestreaming those games.