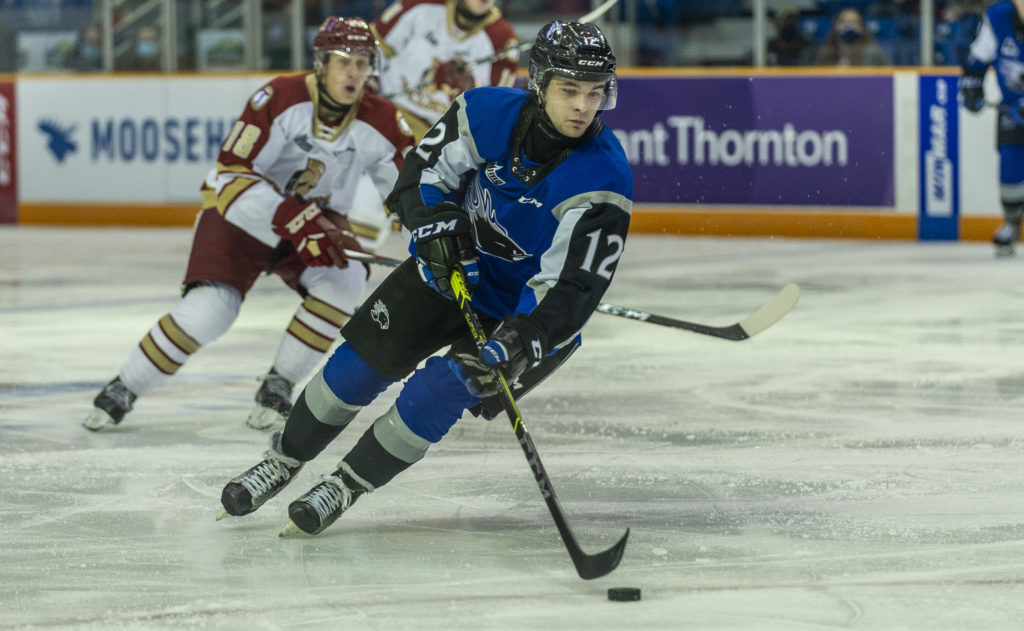 The Saint John Sea Dogs (12-9-3-1) took on the Acadie-Bathurst Titan (14-8-1-1) in an April Fool’s Day matchup in Bathurst. Despite two power play goals and a nearly perfect penalty kill, the Sea Dogs fell 4-2 on Thursday night.

Zachary Emond started in net for Saint John, stopping 21 of 24 shots and Chad Arsenault backed the Titan, making 27 saves. Brady Burns scored both Sea Dogs goals, his 11th and 12th of the year and Jérémie Poirier netted two assists on the night. 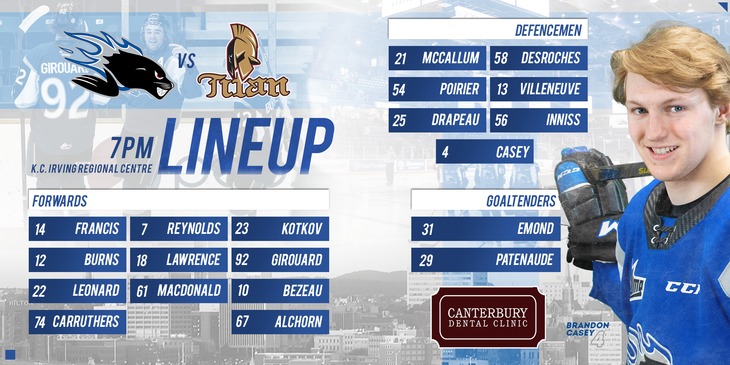 The Sea Dogs went on the penalty kill early when Liam Leonard was sent off for hooking at 5:10 and were able to keep the Titan shotless and the game scoreless.

Titan scored first when Jacob Melanson picked up a rebound and put it in the back of the net at 11:11. They took a 2-0 lead with a goal from Riley Kidney 3 minutes later.

Some shoving in front of the Titan net sent Liam Leonard to the box for high sticking for five minutes he also received a match penalty on the same play and left the game. Cole Huckins joined him in the box with a roughing penalty and play went to 4-on-4 for two minutes.

Shots after the first were 7-6 for Bathurst.

Jacob Melanson scored his second of the night 10 seconds into the second period, the Titan’s third and what would become the game winning goal.

Vladislav Kotkov was sent to the box for interference 14 seconds into the final frame, but the penalty kill unit kept the Titan shotless once again.

Tensions and frustrations continued to rise as the game went on, culminating in some shoving behind the Sea Dogs net after Jacob Melanson fell into Zachary Emond. Play went to 4-on-4 when William Villeneuve and Logan Chisholm were sent off for roughing.

With 1:47 left in the game, Lane Hinkley was sent to the box for tripping. Burns took advantage of the power play for the second time of the night, firing a one timer from the top of the circle over the shoulder of Arsenault. The Sea Dogs pulled their goaltender but were unable to complete the comeback and fell to the Titan 4-2.

The Sea Dogs will return to Saint John to take on the Moncton Wildcats at 7PM Friday, April 2nd. Terrapure Bubble Packs are available for Friday’s game at the TD Station box office and online.