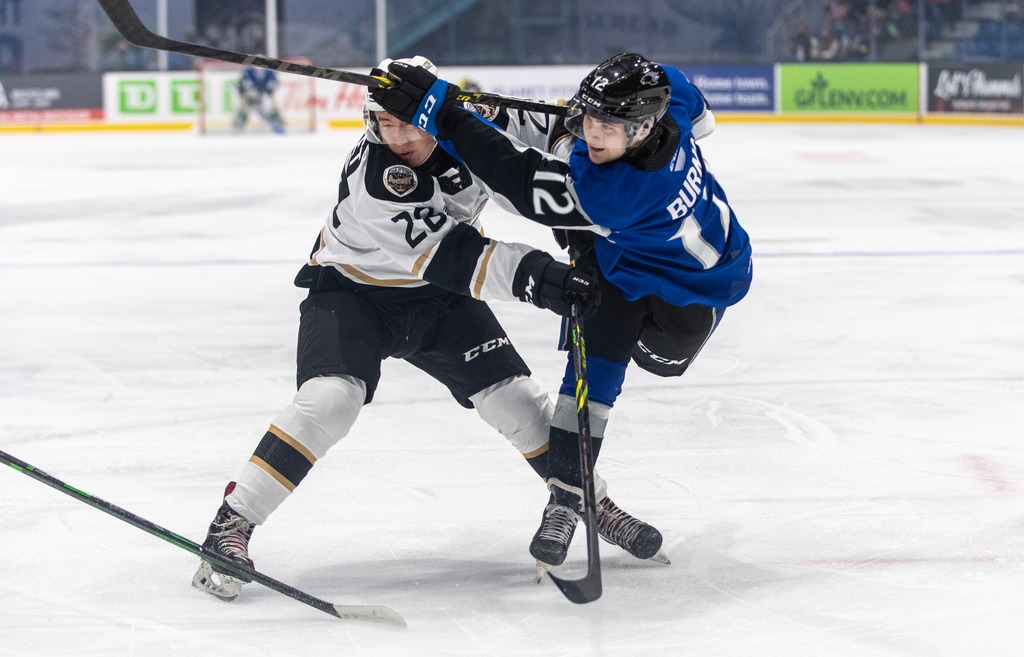 A hat trick from Brady Burns led the way as the Saint John Sea Dogs (9-8-0-2) topped Val d’Or Foreurs (7-10-1-0) 5-1 at the Centre Agnico Eagle in their first meeting of the season. New Sea Dog Jacob Chantler scored his first goal for the Sea Dogs and Carter McCluskey scored his third of the season in the win.

Jonathan Lemieux got the start in Val d’Or against his former team, making 24 saves on 25 shots for the win on Friday night. The Foreurs started Philippe Cloutier in net, who stopped 32 of the Sea Dogs’ 37 shots. Regulars in the lineup Charles Savoie and Riley Bezeau were out with injuries. 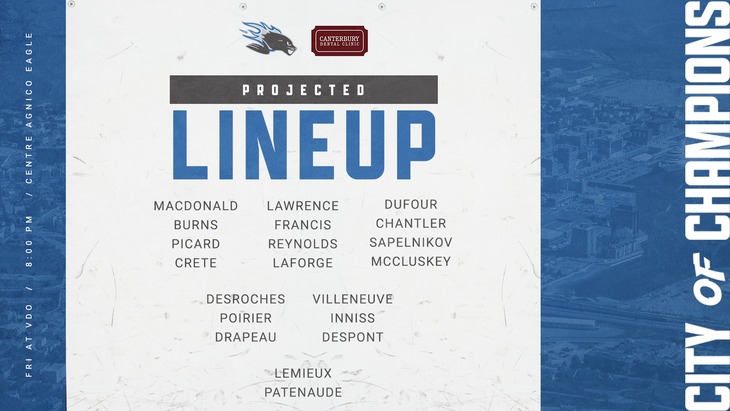 At the first whistle, the Foreurs played a video for Sea Dogs Jonathan Lemieux and Olivier Picard  in their first return to Val d’Or. The pair received applause from their former home crowd.

The Sea Dogs got the first power play of the evening when the Foreurs iced too many men at 4:11.

Val d’Or struck first, a goal from their scoring leader Alexandre Doucet at 11:46. They carried the lead into the second frame.

8:05 into the second period, Nathan Drapeau and Paul-Edward Vollant were sent off with offsetting roughing penalties and play turned to 4-on-4 for two minutes.

Carter McCluskey got the Sea Dogs on the board with his third of the season, banking the puck off the Foreurs’ netminder from behind the net and in at 11:22.

At 18:16, William Provost received a double minor for holding and unsportsmanlike conduct. This time the Sea Dogs power play was successful. Brady Burns scored, tapping in a shot from Ryan Francis from the point and giving the Sea Dogs the lead.

The Sea Dogs started the final period carrying on the power from the end of period two.

After the power play ended, Brady Burns scored his second of the night Firing a shot from the faceoff circle that hit Cloutier and bounced over his shoulder and into the back of the net at 1:16.

Christopher Inniss was sent to the box for roughing at 3:23. On the resulting penalty kill, Jacob Chantler got a breakaway and scored his first goal as a member of the port city team. Speeding into the zone and beating the goalie with a forehand-backhand deke, making it 4-1 Saint John.

Brady Burns completed the hat trick with 22 seconds remaining on the clock and sealed the deal in the 5-1 Sea Dogs win.

The Quebec road trip continues tomorrow night at Rouyn-Noranda. Puck drop is at 8 PM, follow online at watch.chl.ca or with Sea Dogs Radio CFBC 930 AM.