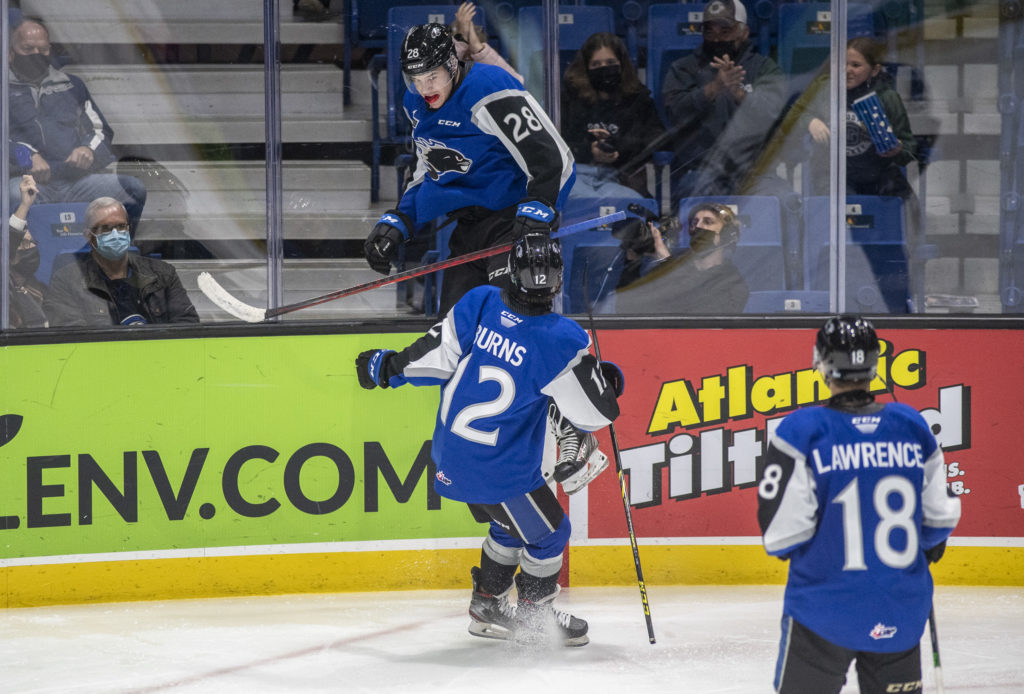 The Saint John Sea Dogs (7-6-0-2) finished their road trip with a loss to the Drummondville Voltigeurs (7-5-3-0) in a Saturday matinee. Brady Burns got on the board twice, his sixth and seventh goals of the season, and Evgeny Sapelnikov scored the other goal for the Sea Dogs in the 4-3 loss. The nationally broadcast game on CBC was also Drummondville’s Pride night, and the Sea Dogs wore rainbow tape on their sticks and rainbow stickers on their helmets. 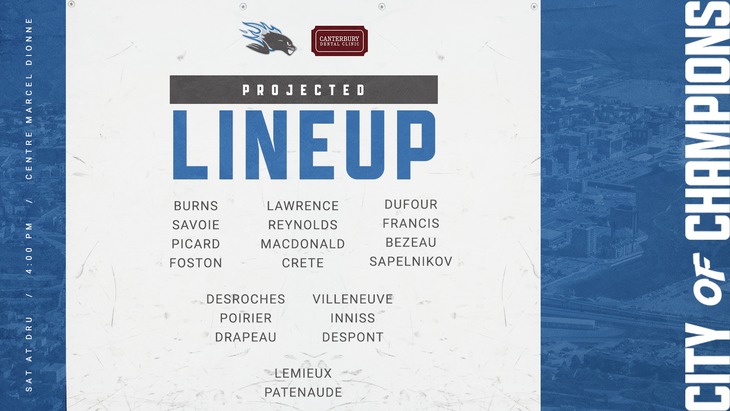 The Sea Dogs went down early, after two quick goals from the Voltigeurs. 2:54 into the game, Jacob Dion scored and three minutes later, former Sea Dogs Simon Hughes got on the board and Drummondville went up 2-0.

After the second goal, Jonathan Lemieux was pulled and replaced with Noah Paenaude.

Brady Burns got the Sea Dogs on the board five minutes later, picking up a loose puck in front of the net after an attempt from Josh Lawrence and slamming it into the open side of the net.

Burns tied the game up at 16:18 with his second goal of the night, a passing play started by Riley Bezeau.

Shots after the first were 10-9 for Saint John.

An early penalty for checking from behind to Tristan Roy sent the Sea Dogs on the power play twenty six seconds into the period.

Shortly after the power play, Evgeny Sapelnikov ripped a shot past the Drummondville goalie and gave the Sea Dogs the 3-2 lead.

William Villeneuve was sent off for delay of game at 13:08 and Cam MacDonald joined him in the box at 14:08, sending the Sea Dogs to a two man disadvantage for a minute. Both penalties were killed successfully and the game went into the final frame tied at three.

Shots after the second were tied at 21.

Tristan Roy received five minutes and a game misconduct for headbutting 25 seconds into the third period, sending the Sea Dogs on an early power play. They did not score and Josh Lawrence was sent to the box with 1:15 remaining in the power play, making it four-on-four.

At 7:58, William Villeneuve was called for interference and Drummondville scored on the resulting power play, their fourth goal and the ultimate game-winner.

Final Shots were 31-30 for Drummondville.

The Sea Dogs return from their road trip to play two games at home next weekend, first hosting the Shawinigan Cataractes on Friday, November 12, and Chicoutimi Sagueneens on Saturday, November 13 for our annual Pink in the Rink game. Tickets are available at the TD Station Box Office or online.