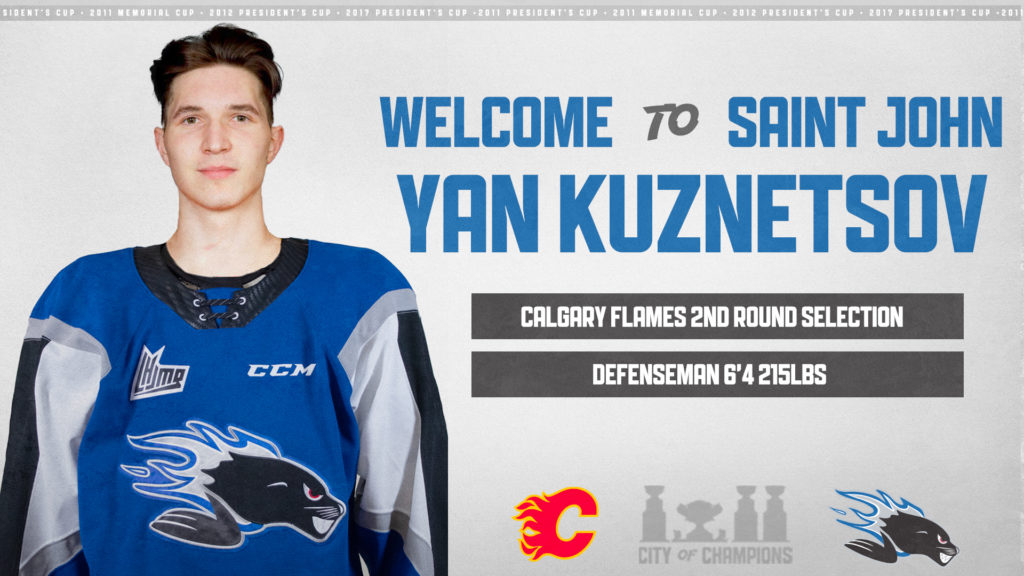 “He is worth the wait,” said Sea Dogs President and General Manager, Trevor Georgie. “Yan is a player that we have had our eyes on since he was 16-years-old, playing here in Saint John at the Under 17s. Yan is smart and physically mature and could have finished the season in the AHL. We appreciate the confidence that Brad, Ray, and the entire Flames team have in our organization, and for recognizing the opportunity that Yan has here.”

Kuznetsov is travelling and will join the team in Quebec this week. His first home game will be against the Charlottetown Islanders, on Saturday, December 11 at TD Station.