MENU
In response to the suspension of the season by the QMJHL, the Sea Dogs office will be closed until further notice. Please see the below announcement re: existing tickets and flex vouchers. Please hold on to any unused tickets. For questions/information please contact info@saintjohnseadogs.com We thank you for your patience and understanding as we continue to work through this.
March 12, 2019 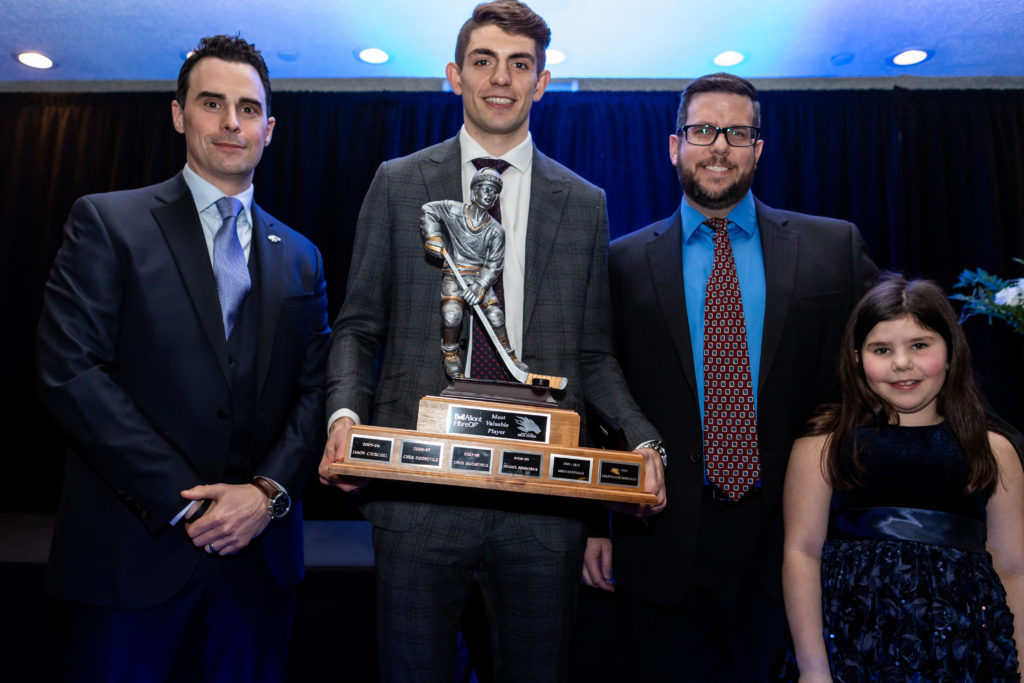 Maxim Cajkovic was recognized with the Alpine 3 Stars Award, Pepsi Top Scorer Award and the Grant Thornton Rookie of the Year Award.

Congratulations to all nominees and award winners!