MENU
In response to the suspension of the season by the QMJHL, the Sea Dogs office will be closed until further notice. Please see the below announcement re: existing tickets and flex vouchers. Please hold on to any unused tickets. For questions/information please contact info@saintjohnseadogs.com We thank you for your patience and understanding as we continue to work through this.
May 7, 2020 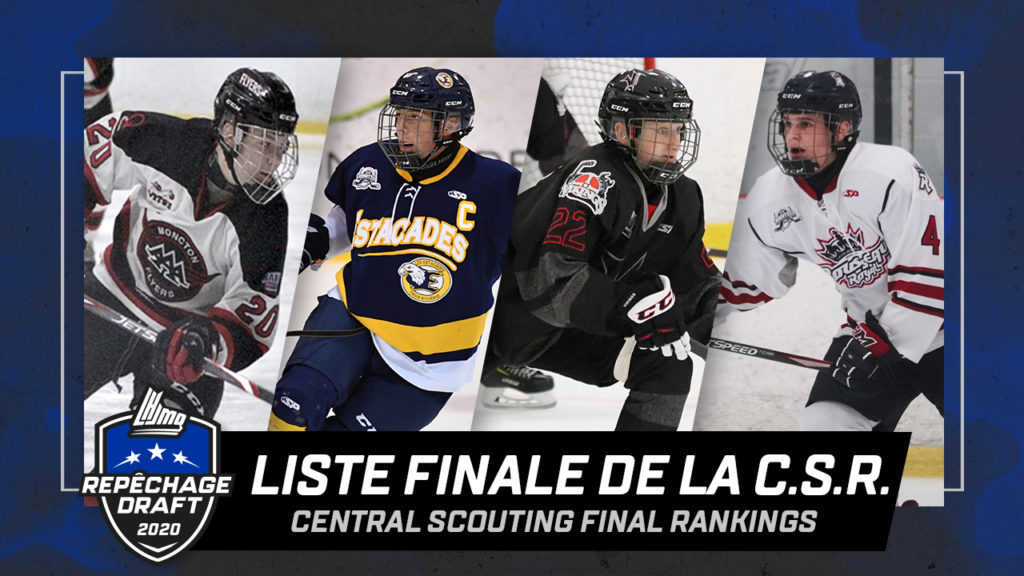 Quebec Major Junior Hockey League Central Scouting unveiled today its final Prospect Rankings. Defenseman Tristan Luneau of the Trois-Rivières Estacades has been ranked as the top prospect ahead of the 2020 QMJHL Entry Draft.

The prospects projected to go in the opening round are comprised of ten forwards, seven defensemen and one goaltender. Following Luneau atop the rankings are Antonin Verreault of the Saint-Eustache Vikings (2nd) and Michael Mastrodomenico of the Laval-Montréal Rousseau-Royal (3rd).

Central Scouting is comprised of experienced scouts and is led by its new director Patrick Desrosiers. Desrosiers was appointed earlier in August 2019. His team has studied thousands of players over the course of this past season.

Luneau is a 6’01“ and 182-pound blueliner who played as a 14-year-old in the Quebec Midget AAA League. In his rookie season with the Trois-Rivières Estacades in 2018-19, he piled up 24 points in 42 regular-season games and added five more points in the playoffs.

The Trois-Rivières native is a quick and explosive skater who can easily break away from pursuers. Scouts seem anonymous in saying that his hockey IQ is off the charts. The two-way defenseman is good in tight spaces and positions himself well on the ice, is physical and cuts the passing lanes., With the “C” on his jersey, he also proved that he’s a great leader on and off the ice. In his sophomore season with the Estacades, the top prospect scored six goals and added twenty-four assists.

Luneau is followed on the list by Saint-Eustache Vikings forward Antonin Verreault. He is tagged as the best offensive player of the draft. The 15-year-old possesses superior vision and is an explosive and elusive skater. The game-breaking forward is always competing and near the puck. In 39 games this season, he registered 17 goals and 31 assists.

Another outstanding defenseman completes the Top 3. Michael Mastrodomenico of the Laval-Montréal Rousseau-Royal is one of the most powerful skaters of his draft class. He can use his speed to separate himself from his opponents. The two-way defenseman has the strong ability to carry the puck end to end to create scoring chances. Therefore, he’s always a threat that teams have to keep an eye on as he’s regularly supporting the offensive.

From the Maritimes, the best prospect is Moncton Flyers attacker Samuel Savoie (4th on the list). The Dieppe, NB native had an amazing offensive season with 18 goals and 38 assists in 37 games. The 5’9“ forward is described as an excellent skater with good puck skills and strong character. He is followed by Luke Woodworth (South Shore—7th), Leighton Carruthers (Halifax—11th) and Dylan Andrews (Cole Harbour—14th).