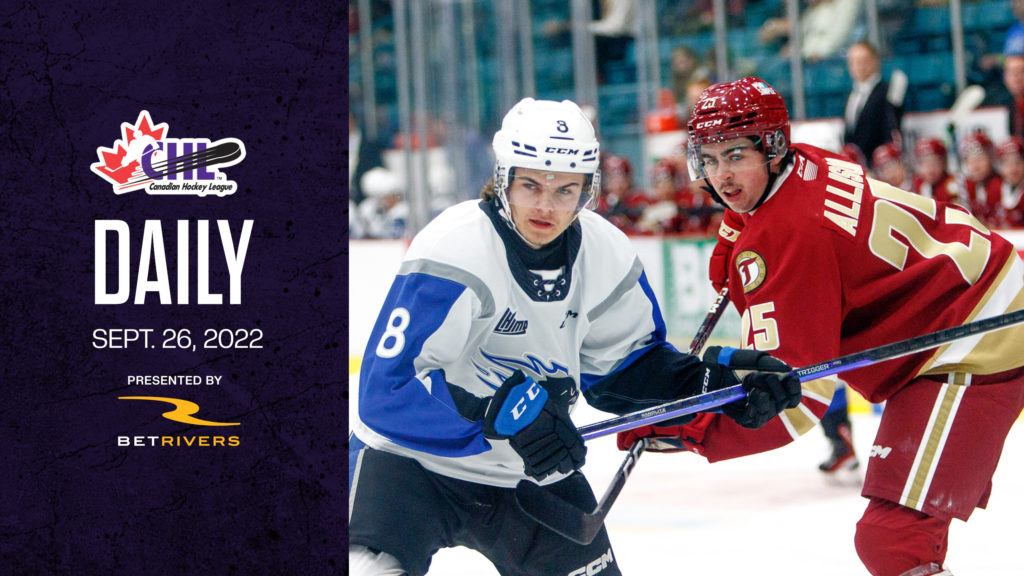 The reigning Memorial Cup champion Saint John Sea Dogs got their 2022-23 campaign off to a winning start thanks in part to the night’s first star, Brady Burns, who scored twice and added an assist in a 4-3 victory over Acadie-Bathurst.

Baie-Comeau’s Isaac Dufort collected the evening’s third star thanks to a one goal, one assist effort in a 3-2 win over Rimouski. 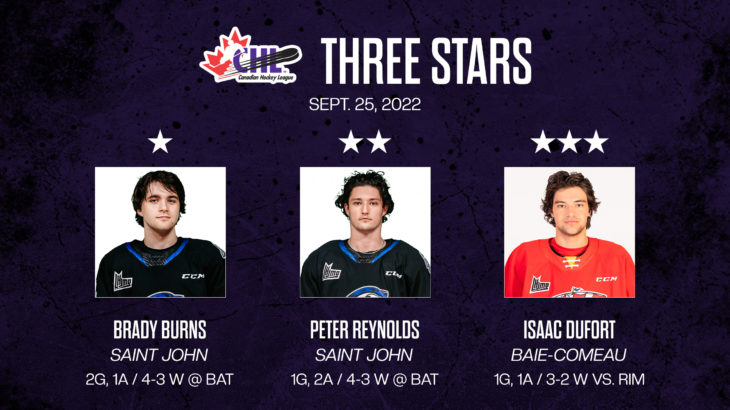 Available to fans from coast to coast, CHL TV is accessible on the CHL mobile app, in addition to Apple TV, Roku, and Amazon Fire, and online at watch.chl.ca. Each year, CHL TV offers access to more than 2,000 regular-season games covering the CHL’s three Member Leagues and 60 markets across Canada and the United States. Fans can download the free CHL app via the App Store and Google Play.