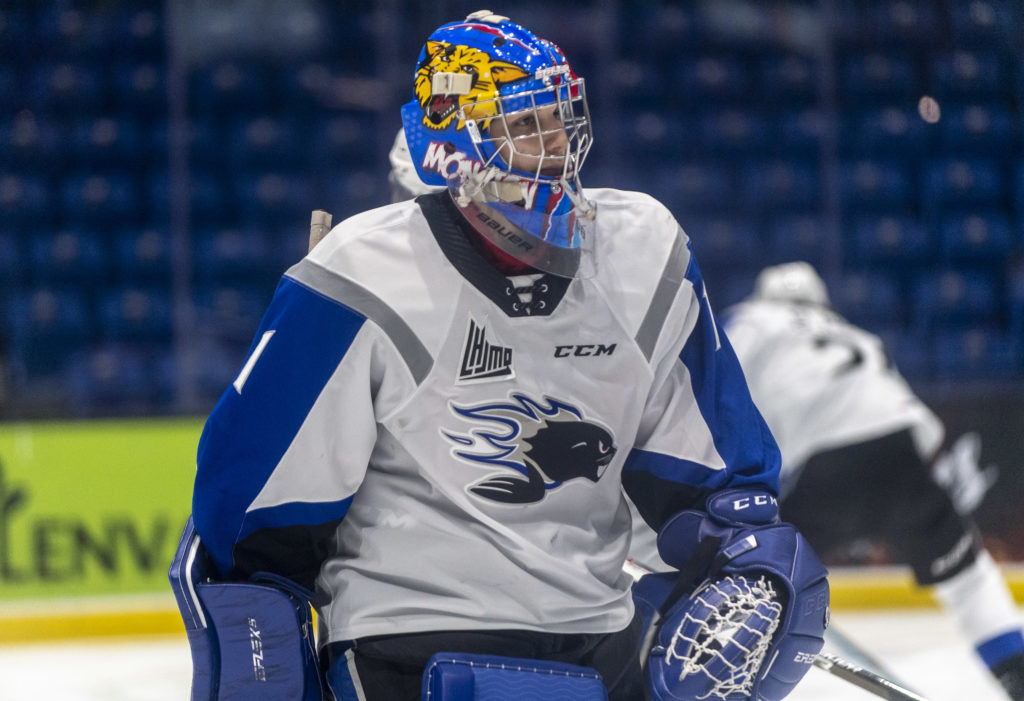 [Originally written for the May 6 Gameday Program]

The Sea Dogs are looking for a big win tonight as they try to tie the series up against the Rimouski Oceanic. Losing 3-1 at TD Station on Thursday, a win tonight is extra important as the Sea Dogs will head to Rimouski for game three and want to be on even footing before hitting the road.

The Sea Dogs are coming off a hot streak to end the regular season, winning their last fifteen straight games. Netminder Thomas Couture won his nine last regular season starts, and was going into the playoffs feeling good.

“It’s huge actually,” he said of the team’s successful second half of the season. “Going into the playoffs with a lot of confidence and feeling good about ourselves. Just trying to bring that to the playoffs for sure.”

Couture also saw personal success in the season, putting up a league best 29 wins, and placing in the top five in save percentage (0.915) and goals against average (2.53). His eight wins in the month of April also saw him recognized by the league with an honourable mention for goaltender of the month. He had one shutout, a 1.75 GAA, and a  .940 SV% on the month.

The 2002-born goaltender started the season in Moncton as a free agent and came to the Port City in a blockbuster trade at the trade deadline. After a stand out performance this season, the team recognized him with the Rookie of the Year award at the Sea Dogs Banquet last month.

“It’s been actually pretty crazy,” he said on his success. “At the beginning of fall I wouldn’t have guessed I would be here today. I’m just trying to enjoy every day and not take it for granted. Just keep working hard and try to make it even better.”

Along with the team, his goaltending partner Nikolas Hurtubise, a President Cup champion himself, also had kind words for Couture’s performance.

Couture got the start for game one of the playoffs, a loss that saw Rimouski shut down the Sea Dogs league best offense with their defensive play. He made 23 stops on 25 shots and put up a 0.920 save percentage on the night. Tonight, the Sea Dogs will be taking on Rimouski in game two where they will have to focus on generating more offense to get past the visiting team, something that has been a strength of theirs all season as they set multiple franchise scoring records.

With shortened series’ this year, five games instead of the usual seven, every win counts. When asked what a shorter series means for preparation, Couture said they are just taking it one game at a time.

“We just try to win every game. I guess that’s like every single day. We just do our best. Whether it’s four or three wins we need, we’re going to try our best to win them.”

Before the games and the Road to the Cup presented by TD began, the goaltender from Quebec City had one thing to say to fans of the Port City team.

“Come and support us and we’ll give you a show.”