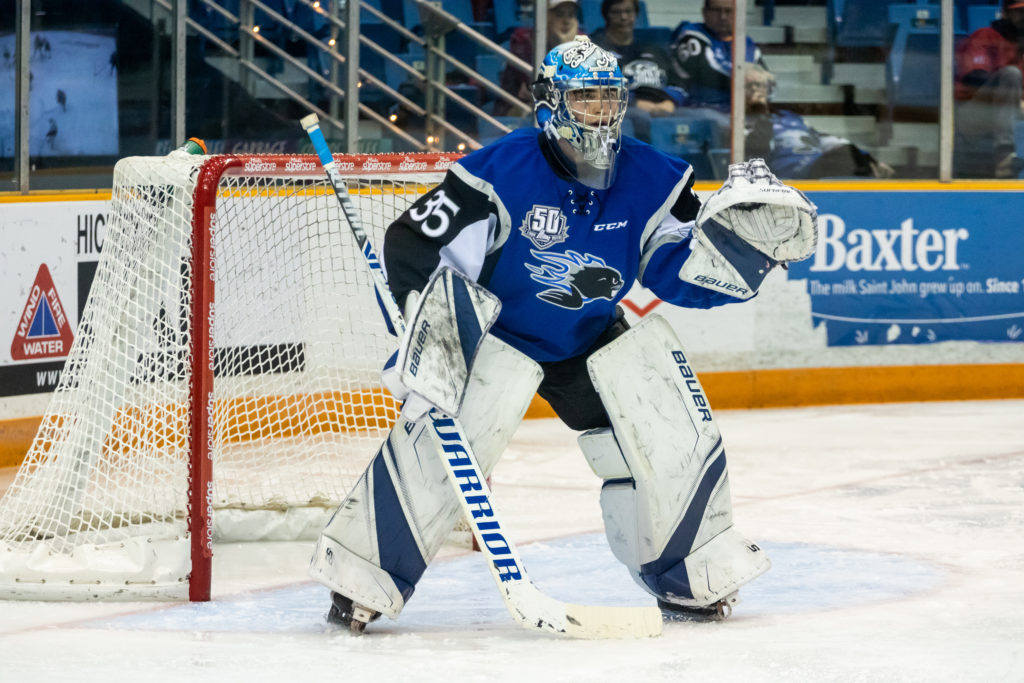 The Saint John Sea Dogs extended their winning streak to three games on Sunday evening in a 3-2 overtime win over the Victoriaville Tigres at the Colisée Desjardins. Jérémie Poirier had the game winner in a nail biting finish.

Tommy DaSilva had the start in net for the Sea Dogs, his first start for the team in the 2019-20 season.  Tristan Côté-Cazenave got the start for the Tigres who were playing their third game in as many nights.

Bad blood seemed to have carried over from the last meeting between these two teams back in October at TD Station. James White and Edouard Ouellet shared words during the opening face-off setting the tone for the day.

Julien Vander Voet was called for high sticking at 12:32 and during the ensuing scrum Mikhail Abramov was sent to the box for roughing.

Saint John opened the scoring during the 4-on-4 at 12:58 of the first period when Nicholas Guay dropped the puck back to William Villeneuve who fired a blast from the point for his fourth of the year and a 1-0 Sea Dogs lead.

With under a second left in the period Jerome Gravel was called for interference and the Sea Dogs headed to the second with a full two minute man advantage.

Saint John couldn’t convert with the power play to open the second period but did find success on another power play six minutes later. The Tigres were called for too many men on the ice and Peresunko headed to the box to serve the bench minor at 8:10.

On the power play Maxim Cajkovic scored his first of the season on assists from Brady Burns and Josh Lawrence. Cajkovic returned to the lineup last night against the Armada after being sidelined with an injury since early October.

Four minutes later the Tigres cut the lead back to one when team leading scorer Mikhail Abramov wristed a rebound past DaSilva.

Saint John took a 2-1 lead into the third period.

The Sea Dogs got into some penalty trouble midway through the third.

Jérémie Poirier went to the box for tripping at 7:55. During the penalty kill Charlie DesRoches was called for his own tripping penalty and the Tigres had 17 seconds of 5-on-3.

DaSilva made some huge saves to and the penalty kill unit was able to spring Poirier as he fled the box but the play was whistled dead during the breakaway as the Saint John net had come off its moorings.

After some sustained power play pressure the Tigres tied the game at 11:08 when Conor Frenette corralled a loose puck in the Sea Dogs’ crease.

Brady Burns caught the Tigres net minder sprawling in the final minutes but  Côté-Cazenave made a game saving stop to send the game to overtime.

In overtime the Tigres pressed early but DaSilva stood strong and momentum shifted towards the Sea Dogs. Saint John controlled the puck for the second half of the extra frame but couldn’t seem to get a clear shot at the Tigres net.

With under 30 seconds to go Guay and Poirier entered the Tigres’ zone in a 2-on-1 and the Sea Dogs captain slipped a cross ice pass to Poirier who tapped it home giving the Sea Dogs a 3-2 OT victory.

Tommy DaSilva made 35 saves for his first QMJHL win.

Nicholas Guay and Maxim Cajkovic each finished with two points.

Saint John continues their Quebec road trip on Tuesday night as they take on the Shawinigan Cataractes in their first meeting of the season. Puck drops at 8PM Atlantic – follow along at sjseadogs.com/live 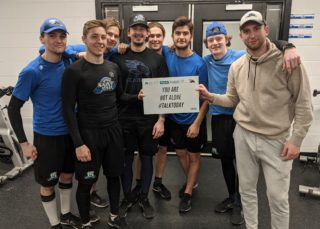 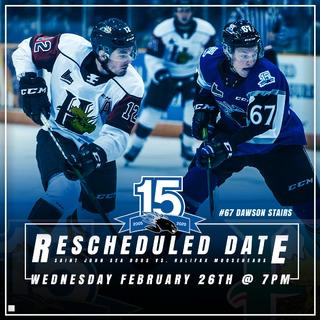