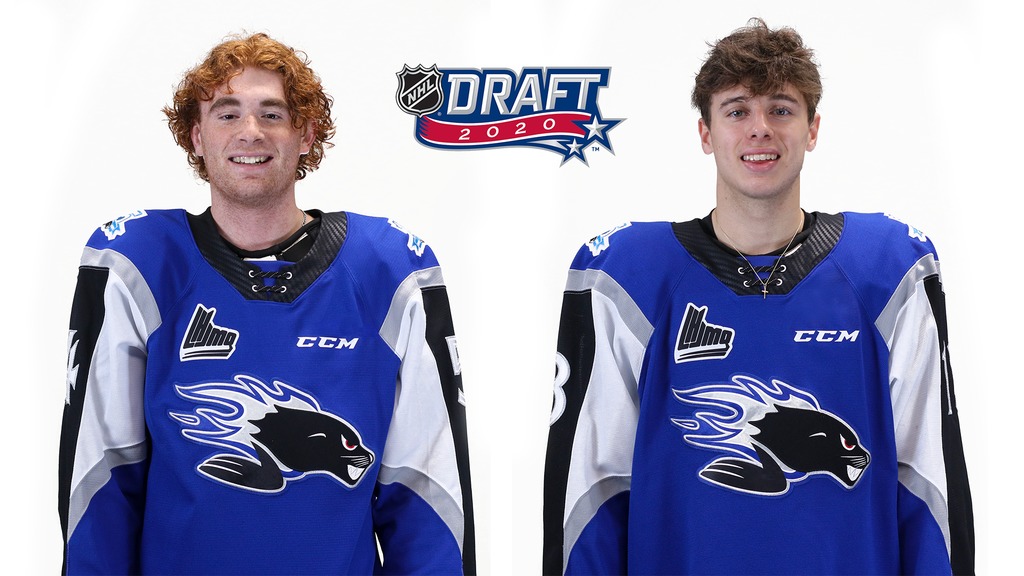 A pair of Sea Dogs defencemen were drafted into the NHL on Wednesday afternoon during Day Two of the 2020 NHL Draft. Jérémie Poirier and William Villeneuve are the 27th and 28th members of the Sea Dogs to have their name called by an NHL club on draft day.

Poirier was selected in the 3rd round, 72nd overall by the Calgary Flames. He becomes the first Sea Dog selected by the Flames and the first non-european Sea Dog to be drafted into the NHL since Cedric Pare in 2017.  Check out Poirier’s interview with the Flames below.

“I’m really happy the Flames gave me the opportunity to go out there and prove myself … it’s a dream come true.”#Flames third round pick Jeremie Poirier checks in after being selected 72nd overall! pic.twitter.com/zihffbs1Qz

The Flames selected five CHL players in this year’s draft including fellow QMJHLer Ryan Francis of the Cape Breton Eagles.

Welcome to the squad, William 👊#LeafsForever#NHLDraftpic.twitter.com/v1OPA0Kdp8

Villeneuve was the only CHL player selected by the Maple Leafs this year and one of only two Canadians chosen by Toronto.

Check out the NHL website for a complete video recap of day 2 of the draft.