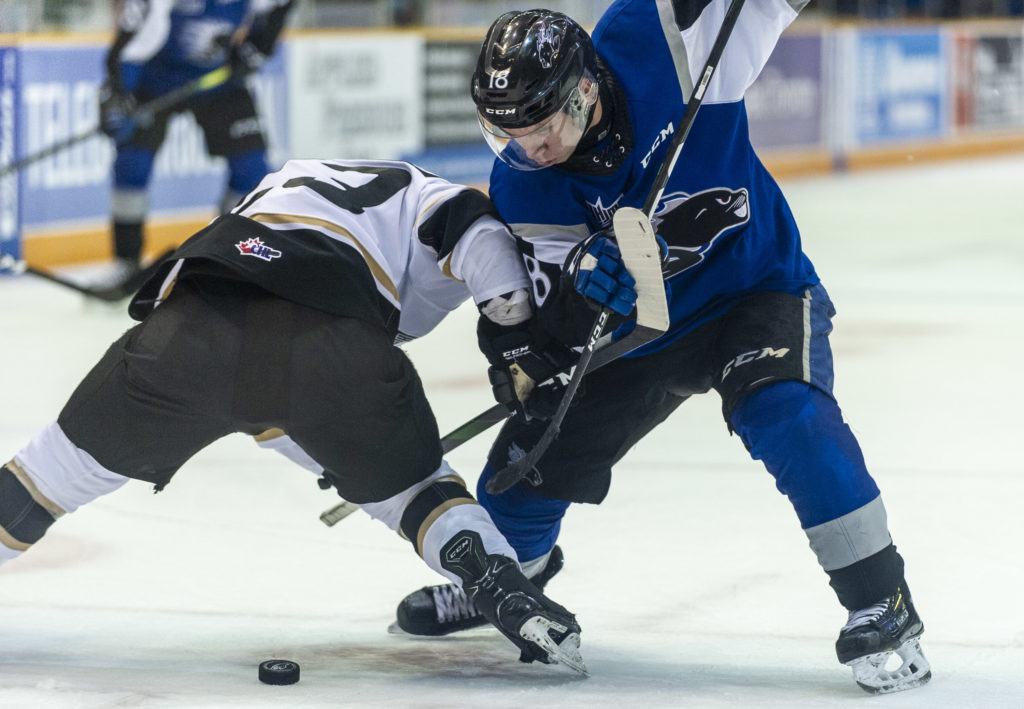 Rookies Nico Laforge and Vincent Despont each scored twice as the Sea Dogs improved to 3-0 this pre-season with a 7-4 win over the Charlottetown Islanders at the APM Centre in Cornwall, PE on Tuesday night.

The Sea Dogs lineup featured six regulars from the 2020-21 roster as veterans Charlie DesRoches, Riley Bezeau and Josh Lawrence made their pre-season debuts. This was Charlottetown’s first game of the pre-season. 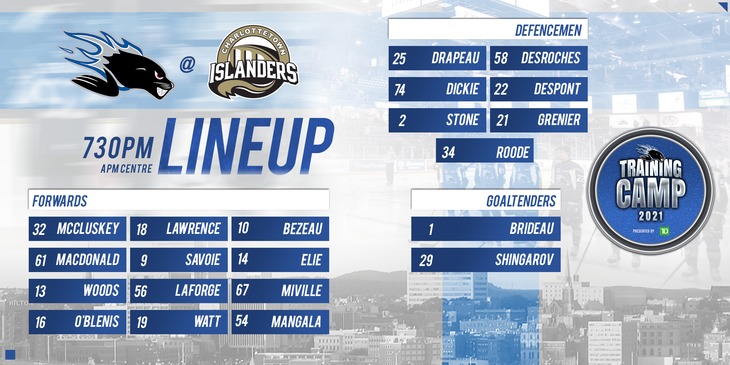 It was a rough start for the Sea Dogs as the Isles opened the game with two quick goals back-to-back. Michael Horth and Samuel Chabot both scored in the first 2:31 of the opening period. Rookie netminder Olivier Brideau settled in net and the Sea Dogs responded with three straight goals.

Carter McCluskey continued his scoring ways with his fourth of the pre-season at 3:18 followed by Josh Lawrence adding his first of the pre-season just 33 seconds later. Newly signed defenceman Vincent Despont would score a power play marker at 12:41 for his second of the pre-season to make it a 3-2 game in favour of Saint John.

The Islanders had the lone goal in the second period as Michael Horth scored his second of the game, beating Ventsislav Shingarov to make it 3-3. Shingarov took over goaltending duties from Brideau midway through the frame.

The third period was all Saint John as Nico Laforge scored a power play marker for his first of the pre-season at 1:51 followed quickly by his second of the pre-season, the eventual game-winner, less than two minutes later.

Vince Elie found the back of the net at 5:32 to make it a 6-3 game. Elie has a team-leading five goals this pre-season. He was drafted to Saint Joh in the second round of the 2021 QMJHL Entry Draft.

Vincent Despont scored his second power play goal of the game at 17:35 extending the lead to 7-3.

The Islanders added a goal late off the stick of Samuel Chabot, his second of the game, for the final, 7-4.

Shingarov finished with 13 saves on 15 shots while Brideau turned aside 11 on 13 attempts.