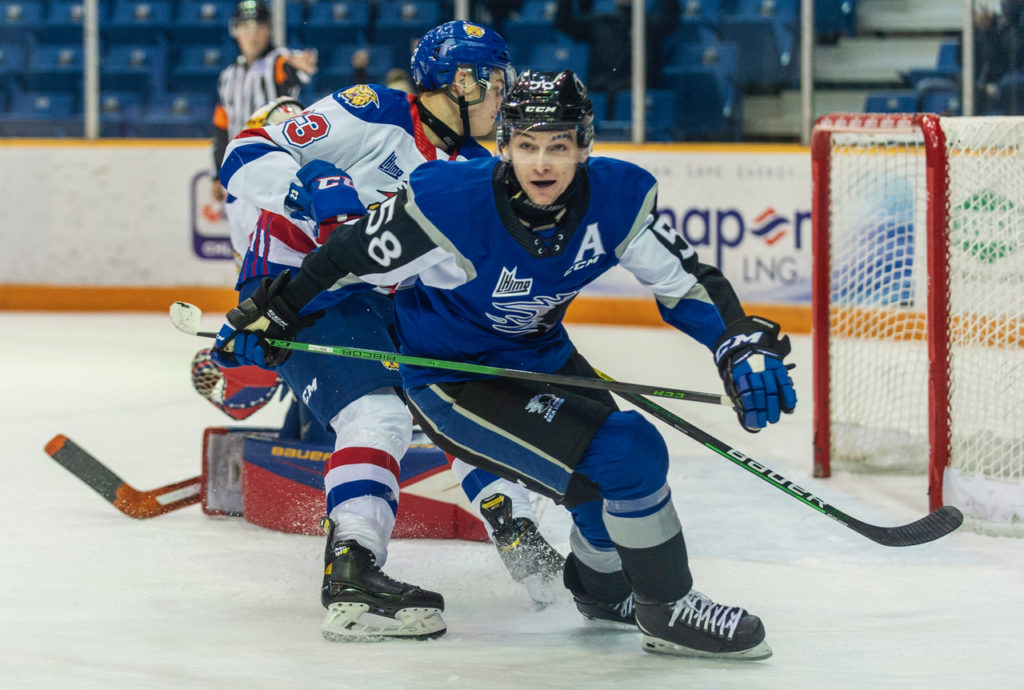 Cam MacDonald scored his first hat trick in the QMJHL as the Saint John Sea Dogs (4-5-3-1) scored six goals in the second period en route to a 9-4 win over the Moncton Wildcats (5-7-0-0-) at TD Station on Friday night.

Noah Patenaude started for the Sea Dogs while Moncton turned to Dakota Lund-Cornish in a rematch of Tuesday’s home win. 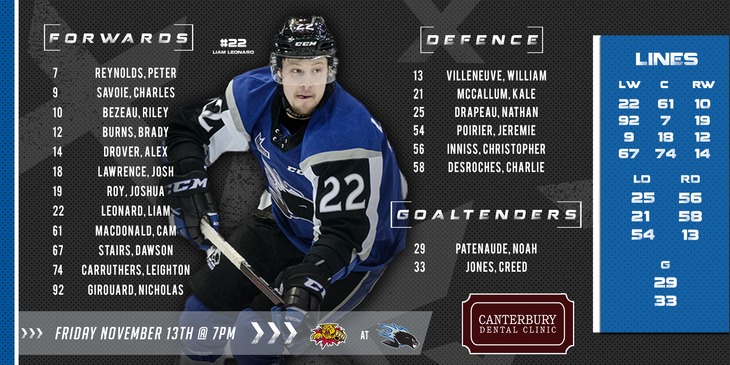 Moncton opened the scoring on the power play ten minutes into the game. Saint John responded four minutes later when Savoie dished to DesRoches on the rush and Charlie sniped it for his first of the season. Moncton retook the lead with a minute to play in the period when Owen Stammer scored his first in the QMJHL. Shots were tied 11-11 after 20 minutes.  Moncton took a penalty after the buzzer and Saint John started the second period with a power play.

The second was all Saint John as they scored six goals including two each from MacDonald and Girouard. Girouard opened the scoring 19 seconds into the period on the power play.  MacDonald had his first off a tip-in in front off an Inniss blast two minutes later. He then scored his second on a one timer from the slot eight minutes in. Girouard then scored his second followed by Liam Leonard. Leonard and Bezeau had a 2-0 rush and Bezeau held before dishing to Leonard who wired it home. Savoie added one more just 48 seconds later. In total the Sea Dogs scored four goals in a span of less than two minutes. Moncton did reply with two goals at 5:34 and 18:20 to cut the lead to 7-4.

Cam MacDonald completed the hat trick 55 seconds into the third on another tip in. 10 minutes later Charlie DesRoches scored his second of the night on an absolute rocket shot from the hash marks. He finished with two goals and two assists.

Saint John finishes a three game homestand on Saturday night when they host the Halifax Mooseheads at TD Station at 7pm. Fans can tune into Rogers TV or follow along on #SeaDogsRadio Presented by TD on CFBC 930 AM.