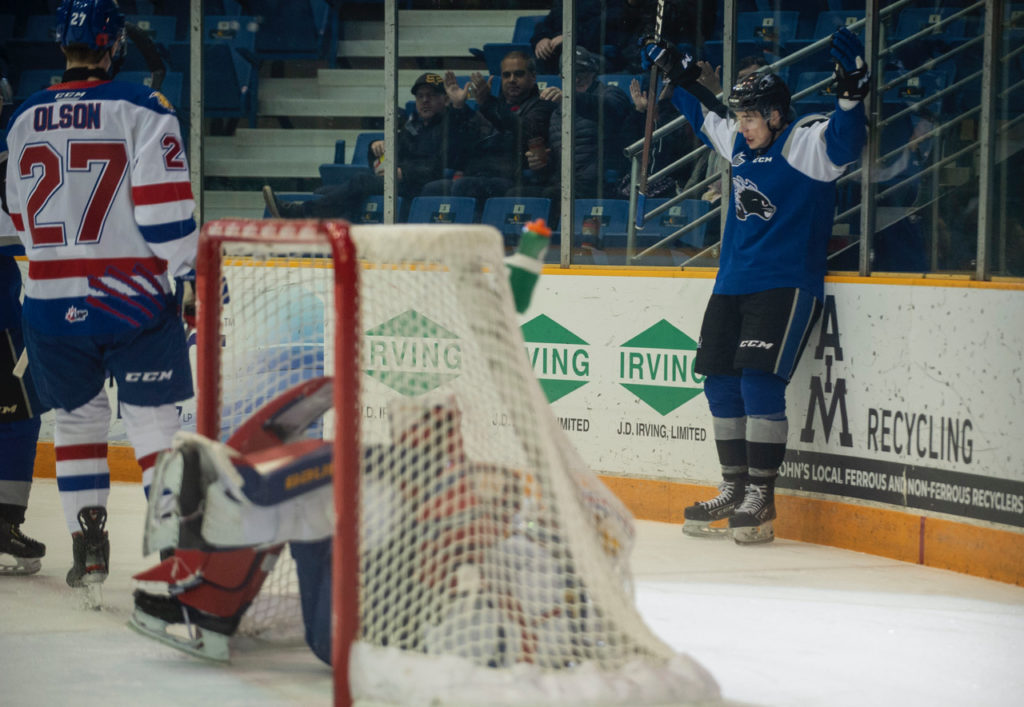 Noah Patenaude started for the Sea Dogs while Moncton turned to Dakota Lund-Cornish in a rematch of last week’s game in Moncton. 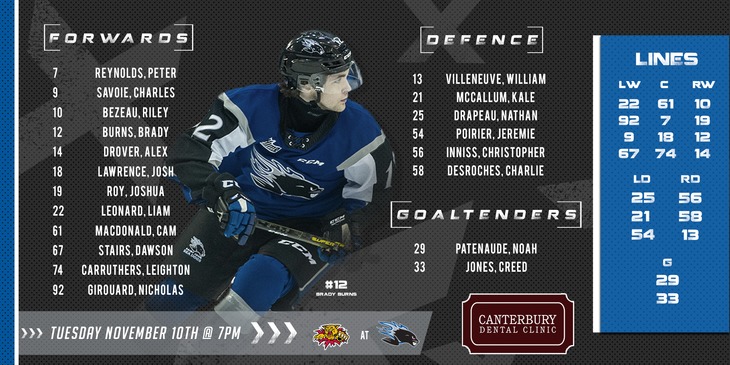 Moncton got on the board first when Quispamsis native Connor Richard stepped into the slot and beat Patenaude to take an early lead four minutes into the game. Saint John responded three minutes later on the power play when Charlie DesRoches dished a backhand pass through traffic to Joshua Roy who blasted home his team leading seventh goal of the season, tying the game. Less than a minute later Riley Bezeau stole the puck as Moncton was exiting their zone and dangled Lund-Cornish before finding the back of the net to give Saint John the 2-1 lead. Gabriel Fortier was awarded a penalty shot with five minutes to go in the first after being hauled down however Patenaude came up big and denied the chance on the penalty shot to keep the lead intact as they headed for the second period.

Brady Burns opened the scoring at 11:24 of the second tipping home a terrific pass from Villeneuve as he flew to the net. Josh Lawrence forced a turnover at the blueline and found Villeneuve on the far side to earn an assist. Five minutes later Lund-Cornish mishandled the puck and coughed it up to Alex Drover who put the puck under the crossbar with a nifty backhand shot, extending the lead to 4-1.

Rookie Yoan Loshing added one more for Moncton in the third period, his first in the QMJHL. Moncton emptied the net for the extra-attacker with a minute to go but Saint John held on to secure the win, 4-2 the final.

Eight Sea Dogs found the score sheet while MacDonald and Leonard each had four hits. Patenaude finished with 21 saves for his third win of the year.

Saint John continues a three game homestand on Friday night when they rematch with the Moncton Wildcats at TD Station at 7pm. Fans can tune into Rogers TV or follow along on #SeaDogsRadio Presented by TD on CFBC 930 AM.