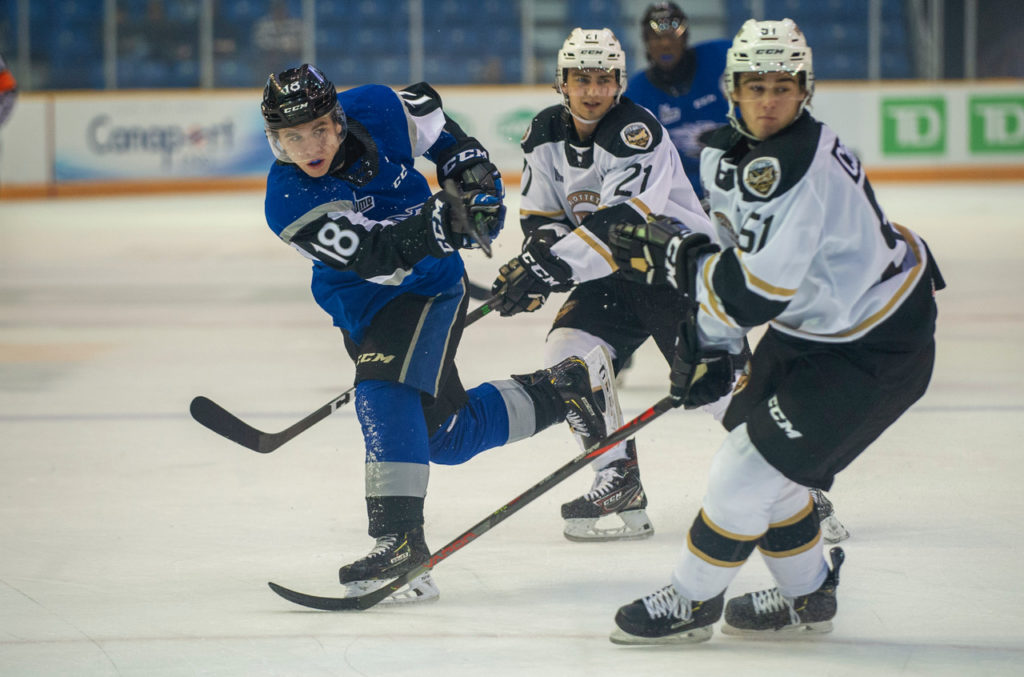 The Saint John Sea Dogs scored four goals in the third period but the comeback fell short as the Charlottetown Islanders stole the win in the Sea Dogs home opener at TD Station on Saturday Night.

Creed Jones saw his first start as a Sea Dog since arriving via trade last month. His ex-teammate Colten Ellis started for the Islanders, his second start in as many nights. 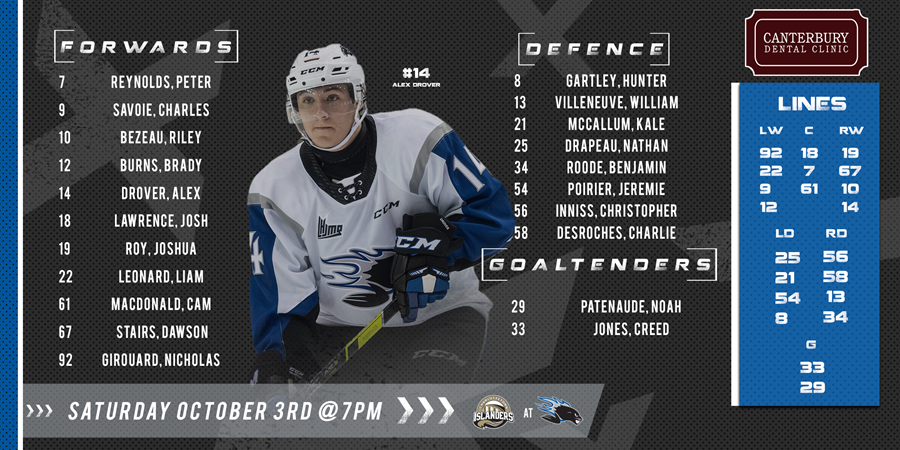 Saint John was behind the eight ball early  after Cedric Desruisseaux scored on the power play three minutes into the game.

Charlottetown controlled the next period and a half adding three more goals including another power play marker to open the second period.

Riley Bezeau then laid a booming hit on William Trudeau as Trudeau exited the Isles’ zone and that seemed to wake up the Sea Dogs who would go on to score four straight goals.

Nicholas Girouard got the Sea Dogs on the board at 16:51 of the second with his first as a Sea Dog. The sharp angle shot from the side of the net was enough to beat Ellis and swing some momentum Saint John’s way.

In the third period Saint John had back-to-back power play goals from Peter Reynolds, his first in the Q, and from Dawson Stairs. The Fredericton hat trick was complete when Josh Lawrence circled the net with under five minutes to play and wristed it top corner to tie the game.

The tie was short lived though as Brett Budgell scored the Isles third powerplay goal at 17:03 of the third. Saint John pulled Jones for the extra attacker and the Isles capitalized to make it 6-4.

Jérémie Poirier lifted the Sea Dogs late with his first of the year at 19:34 to cut the lead to 6-5, but time ran out and the Islanders took the win.

Josh Lawrence finished with a goal and two assists, Poirier and Girouard both had a goal and an assist.

Saint John will have a week of rest before returning to action on Friday night when they  host the Acadie-Bathurst Titan at 7pm. Tune into the game on Sea Dogs Radio Presented By TD on CFBC 930 AM or watch on Rogers TV.

A limited amount of single game tickets are available this season, more information can be found on our website.