MENU
In response to the suspension of the season by the QMJHL, the Sea Dogs office will be closed until further notice. Please see the below announcement re: existing tickets and flex vouchers. Please hold on to any unused tickets. For questions/information please contact info@saintjohnseadogs.com We thank you for your patience and understanding as we continue to work through this.
April 22, 2020 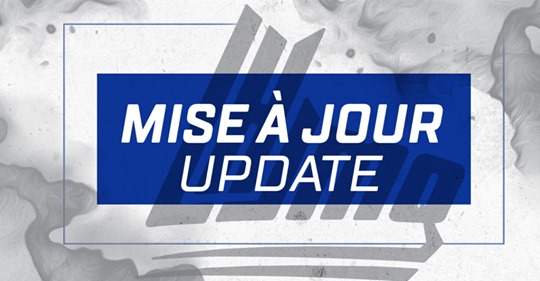 The Draft Lottery will take place on Wednesday, May 6, 2020. The draw will determine the order for the first five selections of the draft. The Gatineau Olympiques (18 balls), the Saint John Sea Dogs (2 balls) and the Quebec Remparts (1 ball) will have the chance to land the first-overall pick.

The 2020 QMJHL Entry Draft will be held on June 5 and 6, 2020. The first round will be presented live on the QMJHL’s Official YouTube Channel on Friday night. Rounds two to fourteen will continue the next day and will be accessible to our fans, the members of the media, as well as to QMJHL prospects and their families via the league’s website.

The procedures regarding the draft lottery will be communicated at a later date.