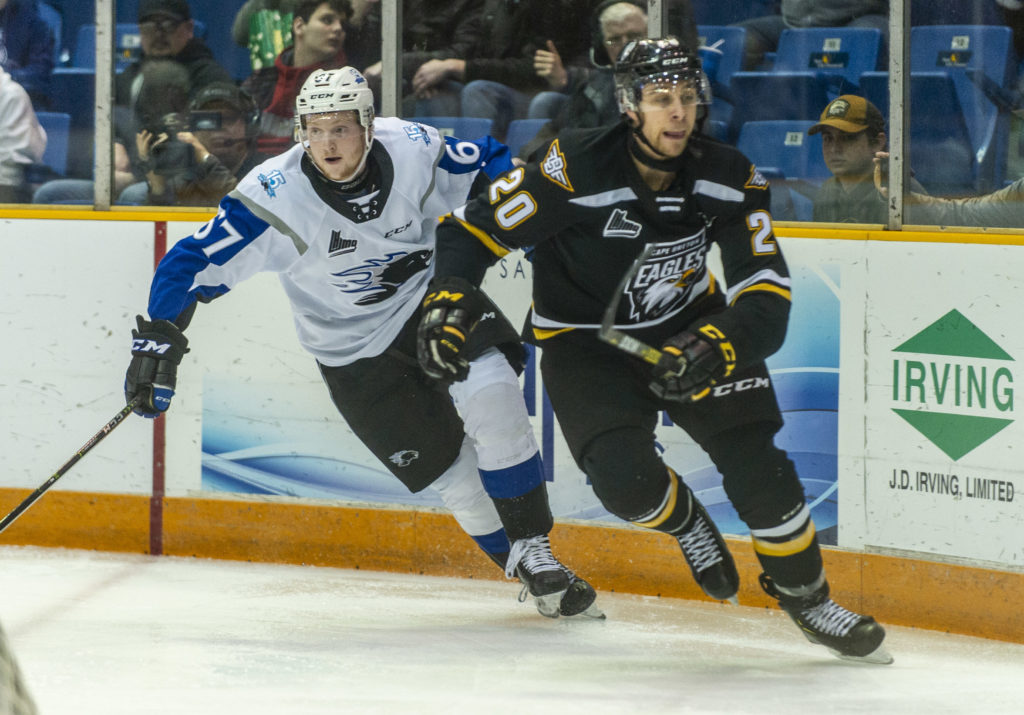 Alex Drover had a goal and an assist and netted the eventual shootout winner on Saturday afternoon as the Sea Dogs defeated the Cape Breton Eagles 5-4 at Centre 200. This was the second straight game between the two clubs and the second straight decided by a shootout.

Both clubs turned to their back-up netminder as Daniel Moody received the start for the Sea Dogs while the Eagles started rookie Nicolas Ruccia. Charles Savoie (day-to-day) remained out of the lineup while defenceman Kale McCallum returned, replacing Ben Roode. 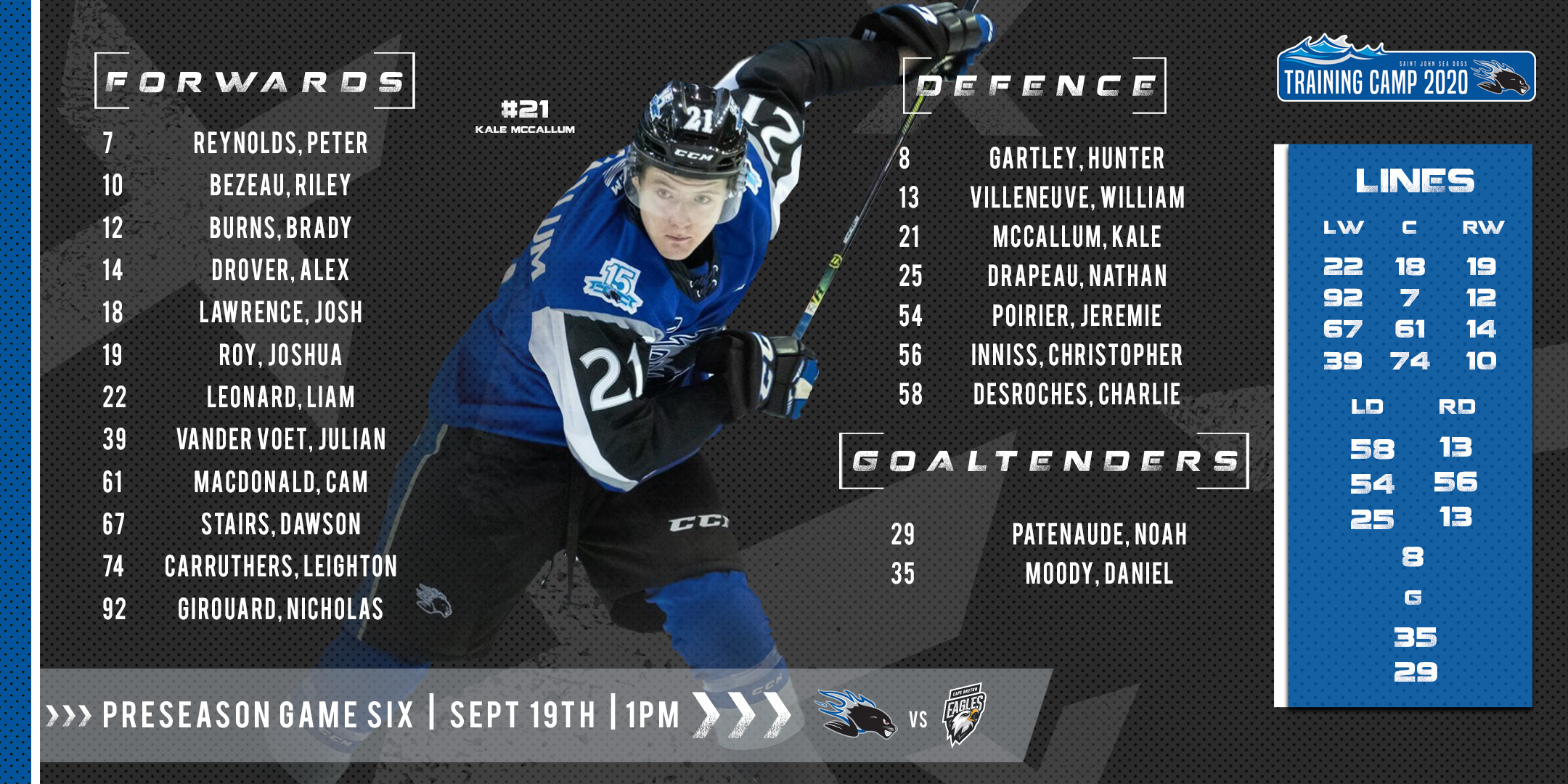 Similar to last night’s game, Saint John struck early and struck often. Josh Lawrence and Liam Leonard came streaking in on a 2-on-0 and Lawrence fed Leonard for his second of the preseason and the 1-0 Sea Dogs lead 59 seconds into the game.

Josh Lawrence with the setup and Liam Leonard with the 👌 finish. 1-0 early! pic.twitter.com/r1l0GbhDVC

Two minutes later, the Sea Dogs pressured the Eagles as they tried to exit their end and Alex Drover scored his second of the preseason on an assist from Julian Vander Voet.

Pressure is rewarded and Alex Drover makes it 2-0! pic.twitter.com/IY1cyBIMR3

Saint John made it 3-0 at 14:03 when Cam MacDonald fired a laser from the left side for his fourth of the preseason.

MacDonald with a LASER beam for the 3-0 lead. Under six minutes to play in the first. pic.twitter.com/jBCQhGKIQC

The Eagles fired back in the second period, first with a power play marker from Felix Lafrance at 5:00. The Saint John lead was cut to 3-2 at 12:16 when former Sea Dog Nathan Larose beat Moody with a blast from the point. Rookie Leighton Carruthers left the ice in the last minute of the second period after taking a puck to the face. He skated to the bench during the play but returned in the third period.

Cape Breton tied the game at 6:02 of the third period but the tie didn’t last long as Christopher Inniss unleased a bomb from the right boards a minute later for his first of the preseason.

Inniss with a heavy blast and we’re back in front 4-3! pic.twitter.com/YoTMJqqvqk

For the second time in as many games the Eagles would tie it late as Nathan Larose struck again at 17:38 sending the game to overtime.

Overtime solved nothing and again the two teams headed for a shootout. After Poirier and Ryan Francis scored for their respective teams in the third round, the shootout went to round six where Alex Drover scored against his former team to seal the win for the Sea Dogs, 5-4 the final.

Moody finished with 34 saves and was 5/6 in the shootout for the win. Ruccia had 25 stops for the Eagles.

Saint John will play their final preseason game at home on Friday, September 25th at TD Station against the rival Moncton Wildcats. The game will be streamed on the team’s YouTube Channel. 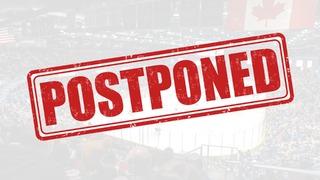 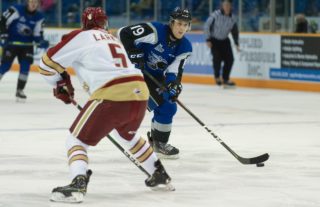