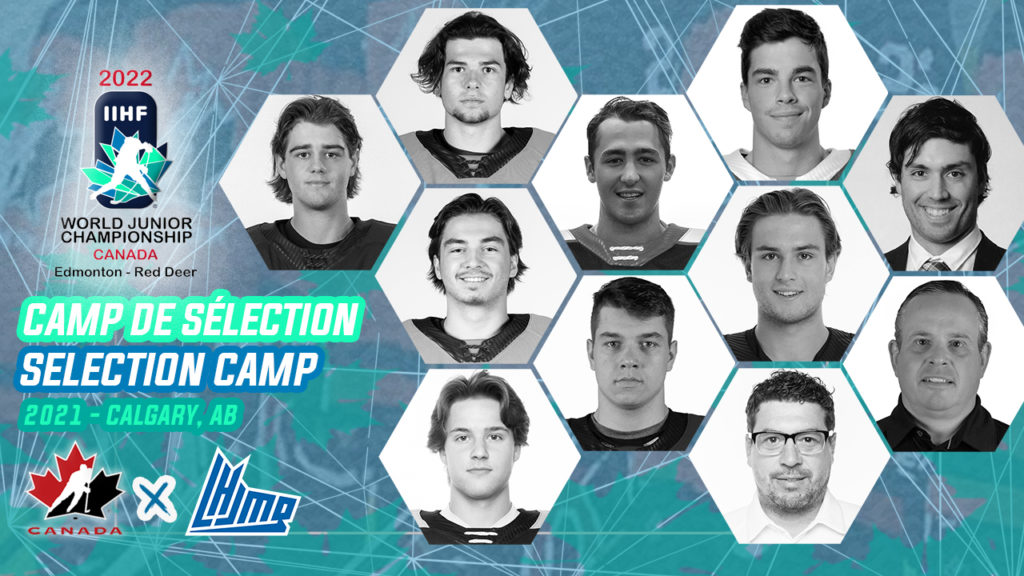 Calgary, AB – Hockey Canada, in partnership with the Canadian Hockey League (CHL), has announced that 35 players have earned an invitation to Canada’s National Junior Team selection camp set for Dec. 9-12 in Calgary. Among them, eight (8) QMJHL players and three (3) support staff have made it to the final stage of selection ahead of the 2022 World Junior Championship.

Canada’s National Junior Team selection camp will be held at the WinSport Arena at Canada Olympic Park in Calgary. It will include practices and two games against a team of U SPORTS all-stars on Dec. 11 and 12 before the team heads to Banff, Alta., for a training camp, Dec. 14-19.

The 2022 IIHF World Junior Championship begins on Boxing Day with Canada kicking off its tournament schedule against the Czech Republic. In addition to its opening-night match-up, Canada will also play Austria on Dec. 28, Germany on Dec. 29 and Finland on Dec. 31 to wrap up preliminary-round action. All Team Canada games will be played at 5 p.m. MT/7 p.m. ET