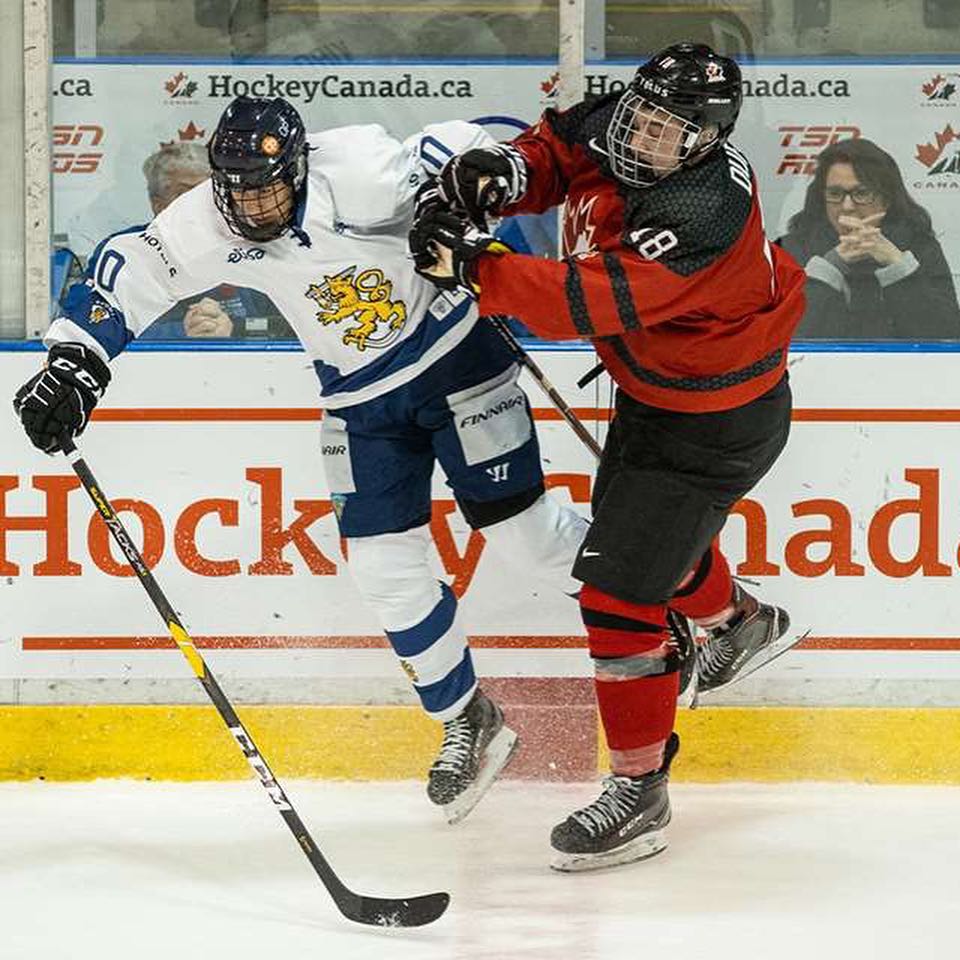 Hockey Canada has announced that 51 players have been invited to attend Canada’s National Junior Team summer development camp, July 28-Aug. 4 at the Seven Chiefs Sportsplex on the Tsuut’ina Nation near Calgary. Included in the list is newly acquired Sea Dog, William Dufour.

Five goaltenders, 16 defencemen and 30 forwards will be part of the eight-day camp, participating in a variety of on- and off-ice sessions. The camp will also feature combined practices and intrasquad games with players attending Canada’s National Men’s Under-18 Team summer development camp on Aug. 2-3.

The roster includes five players who won a silver medal at the 2021 IIHF World Junior Championship (Byfield, Drysdale, Garand, Guhle, Perfetti). Of the 51 players invited, 28 were selected in the 2020 NHL Draft, 22 hope to have their names called at the 2021 draft and one is eligible in 2022.

“This is an exciting first step as we begin preparations for the upcoming season and the opportunity to compete at the World Juniors on home ice,” said Alan Millar (Tottenham, Ont.), director of player personnel for the Program of Excellence. “We are excited about these 51 players, and we look forward to returning to the ice for a highly competitive camp to kick off a new season.”

The 2022 IIHF World Junior Championship returns to Canadian ice this winter, with Edmonton and Red Deer set to co-host the annual holiday tradition from Dec. 26, 2021 to Jan. 5, 2022. Games will be played at Rogers Place, the home of the NHL’s Edmonton Oilers and the WHL’s Edmonton Oil Kings, and at the Peavey Mart Centrium, home of the WHL’s Red Deer Rebels.