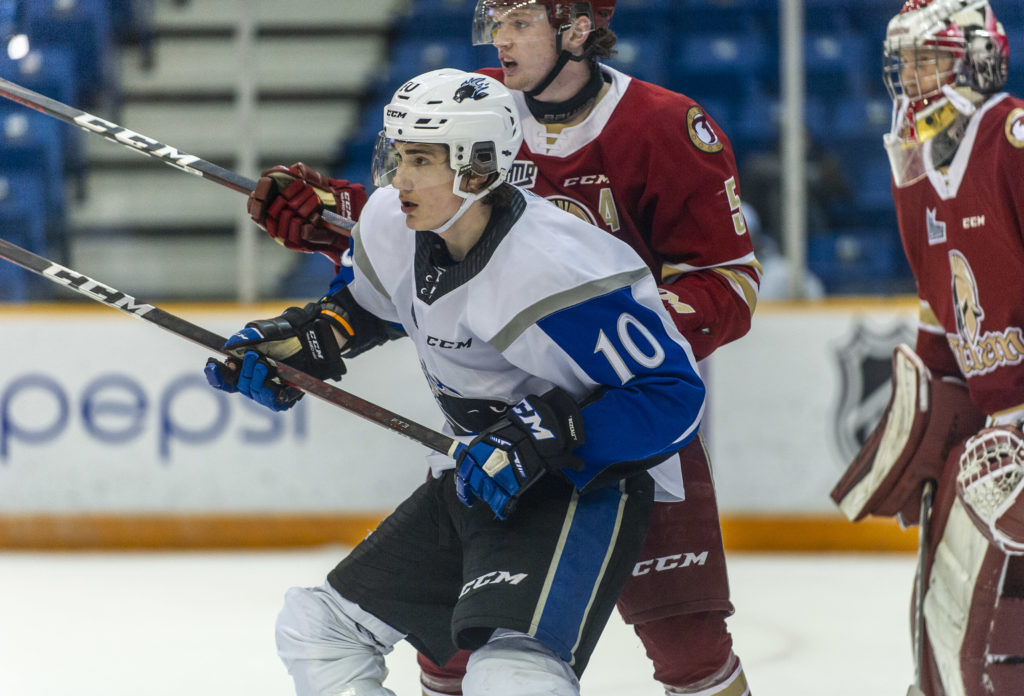 A late game push came too late for the Sea Dogs as they took on the Acadie-Bathurst Titan for an afternoon matinee, moving to 4-1 in the preseason. Forward William Dufour scored two goals and two assists in his first game with the Sea Dogs.

Goaltender Jonathan Lemieux made his first appearance with the Sea Dogs, sharing the net with Noah Patenaude in the 6-5 loss on Saturday. 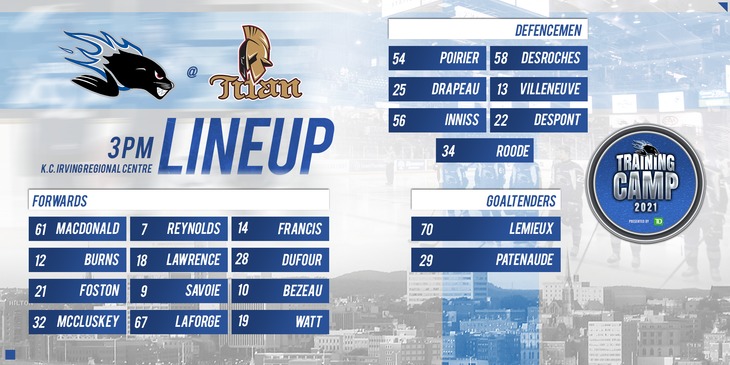 After facing off against each other 12 times in the Covid-shortened 2020-21 season, the New Brunswick-based teams have become very familiar. With the addition of veteran players to the preseason lineup, the intensified rivalry was evident from the start. The game went to 4-on-4 twice in the first 10 minutes, when Ryan Francis and Hendrix Lapierre were sent off at 6:07, followed by William Dufour and Cole Huckins at 8:36, all for roughing.

The Titan left the first period with a 3 goal lead, thanks to an early goal from Cole Larkin and a pair from Bennett MacArthur.

The game began to settle in the second period and the Sea Dogs were able to break through Titan goaltender Chad Arsenault.

A shorthanded goal from Charles Savoie with an assist from William Dufour at 1:56 broke the shutout early in the period. Dufour, playing in his first game with the Sea Dogs, followed that assist with two goals of his own, at 8:57 and 12:05.

The Sea Dogs kept the Titan scoreless for the remainder of the game and pushed hard in the third period. Goals from Peter Reynolds and Brady Burns brought the Port City team close, but it was not enough as they lost 6-5.

Lemieux started for the Sea Dogs making 14 saves on 20 shots in his debut, while Patenaude saved all 13 of the shots he faced.

The Sea Dogs will be returning to action to take on the Moncton Wildcats after a two-week break at 7 PM on Friday, September 10 at the Aitken Centre in Fredericton. Tickets are available at the Aitken Centre Box Office or online at https://unbtickets.universitytickets.com/