MENU
In response to the suspension of the season by the QMJHL, the Sea Dogs office will be closed until further notice. Please see the below announcement re: existing tickets and flex vouchers. Please hold on to any unused tickets. For questions/information please contact info@saintjohnseadogs.com We thank you for your patience and understanding as we continue to work through this.
April 8, 2020 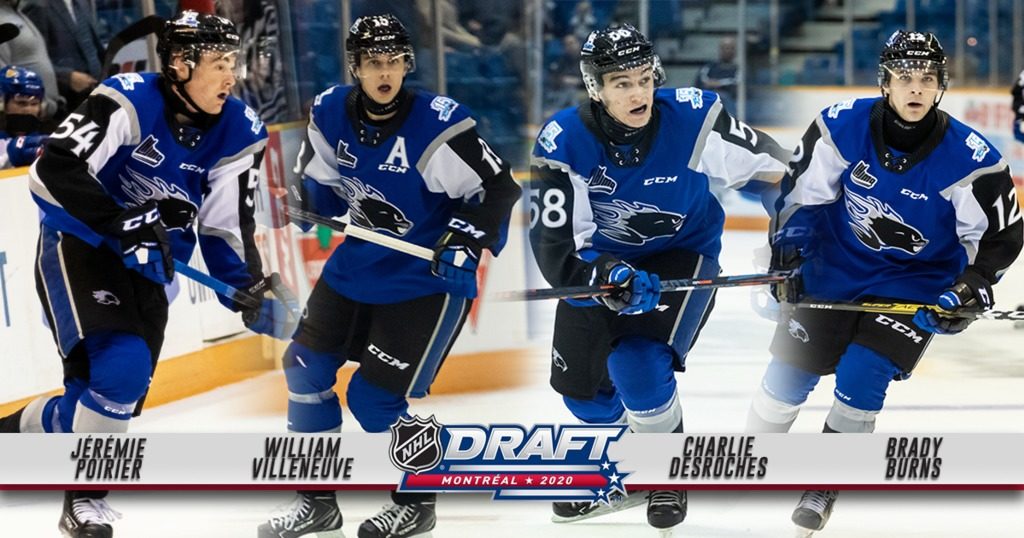 Jérémie Poirier – Defenceman – Ranked #18
Poirier had a strong showing this season in Saint John breaking the franchise record for most goals by a defenceman in a season with 20. 20 goals was also tops in the QMJHL for a defenceman.  He was named to the Canada Russia Series in November where he represented Team QMJHL in games one and two of the series. Poirier also played in the Kubota CHL/NHL Top Prospects Game in Hamilton, ON, where he had a goal and an assist. Jérémie finished with 53 points in 64 games, second overall in the QMJHL among defencemen.

Brady Burns – Forward – Ranked #207
Brady Burns had an impressive sophomore season almost doubling his point production. The forward from Port Williams, NS led the Sea Dogs in goals with 27 and was just one point behind Villeneuve for the team scoring lead. Burns was lethal on the power play with a third of his goals this season coming with the man advantage.