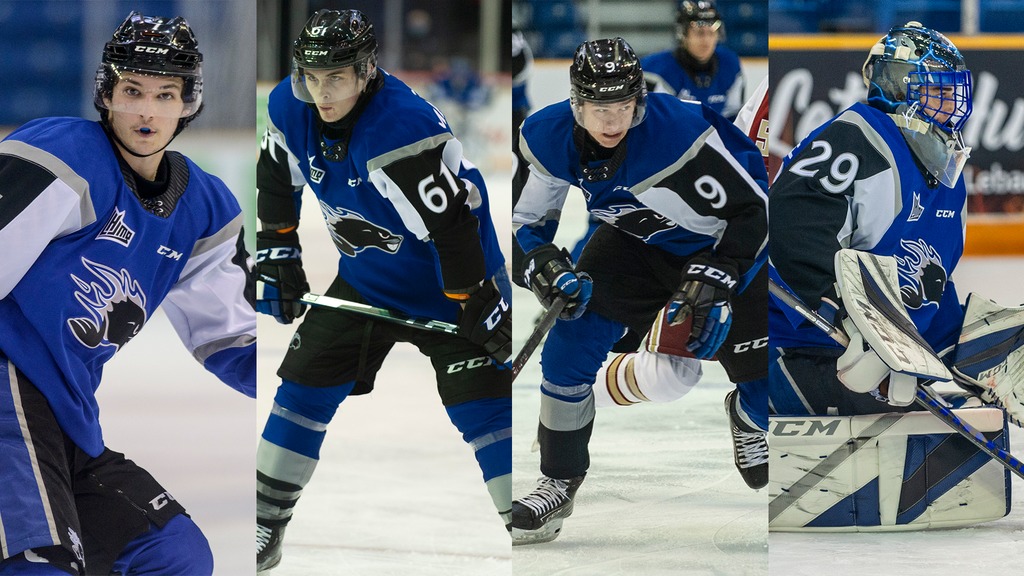 Peter Reynolds – Forward – Ranked #80 (NA Skaters)
The highly touted New Brunswick born prospect had a stellar performance in his first year of QMJHL play finishing with 15 goals and 16 assists in 33 games played. Reynolds was second in rookie scoring for the QMJHL just one point off the lead with eight fewer games played. His 0.94 points per game was tops in the league for rookies with a minimum of 15 games played. During the second half of the season Reynolds centered the Sea Dogs top line alongside NHL prospects Ryan Francis and Vladislav Kotkov where he racked up 23 points in the team’s final 18 games. During the Sea Dogs’ round robin playoffs Peter pitched in with a goal and three assists in six games.

Reynolds played the 2019-20 season with the Chilliwack Chiefs of the BCHL before signing with the Sea Dogs during the summer of 2020.

Cam MacDonald – Forward – Ranked #137 (NA Skaters)
The 6’1″ power forward was an instant fan favorite in Saint John with his physical style and goal scoring touch. From Hammond Plains, Nova Scotia, MacDonald played 30 games with Saint John in his rookie season finishing with 10 goals and 7 assists. MacDonald was a force during the playoffs scoring four goals including two game winners in six games played. Like Peter, Cam played the 2019-20 outside of the QMJHL before signing with the Sea Dogs during the summer of 2020.

Charles Savoie – Forward – Ranked #170 (NA Skaters)
From Saint-Eustache Quebec, Savoie had a strong showing in his sophomore season with the Sea Dogs scoring 4 goals and 7 assists in 24 games. An injury hampered a late season push that saw him tally four points in four games before missing the final nine games of the regular season. Savoie returned during the playoffs adding a goal in three games played. The Sea Dogs drafted Charles in the 2nd round of the 2019 QMJHL Entry Draft.

Noah Patenaude – Goaltender – Ranked #21 (NA Goaltenders)
The Swiss born netminder posted a 3.57 GAA and a .886 save percentage in 18 appearances during his second season with the Sea Dogs. Patenaude worked in tandem with a pair of 20-year-old goalies, Creed Jones during the first half of the year and later with San Jose Sharks prospect, Zachary Emond. A dual citizen (Swiss-Canadian) he was selected to represent Team Switzerland at this year’s World Juniors where he appeared in one game, taking on Team Canada.
______________________