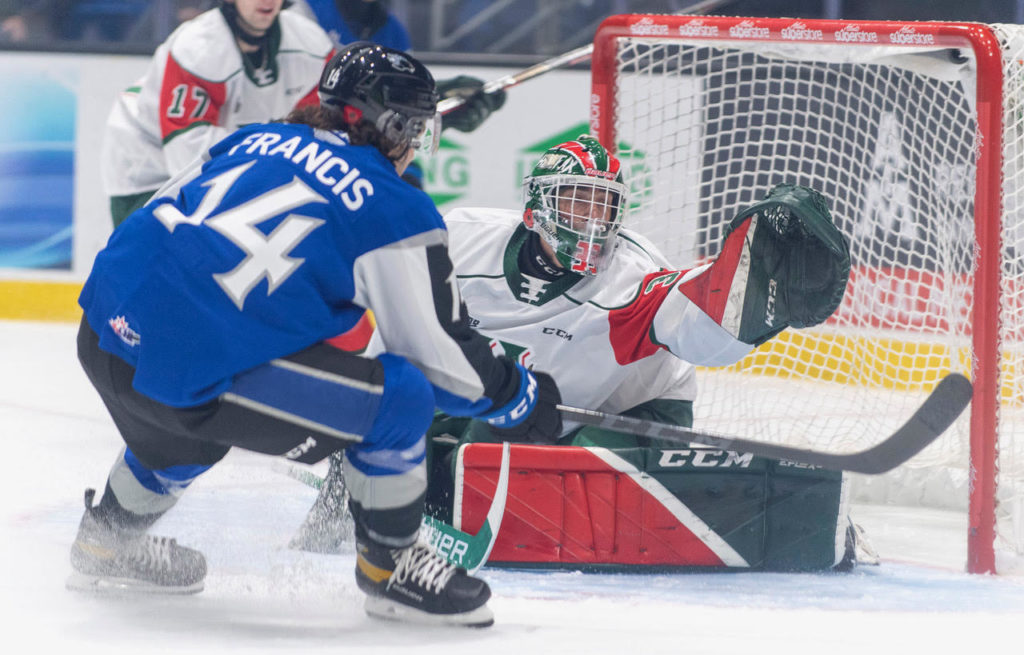 Saint John Sea Dogs (5-5-0-2) beat the Halifax Mooseheads (6-4-0-1)in their first meeting of the season Sunday afternoon. In a Halloween matchup, the Sea Dogs came out on top, winning 4-3 at TD Station. Ryan Francis scored a goal and an assist in his first game since returning from Stockton after being released from his PTO. Riley Bezeau, Brady Burns, and Evgeny Sapelnikov also made their way onto the score sheet, and Jeremie Poirier notched two assists in the 4-3 win.

Jonathan Lemieux started in net for the Sea Dogs, making 25 saves. Brady James got the start for Halifax stopping 32 of the Sea Dogs 36 shots. 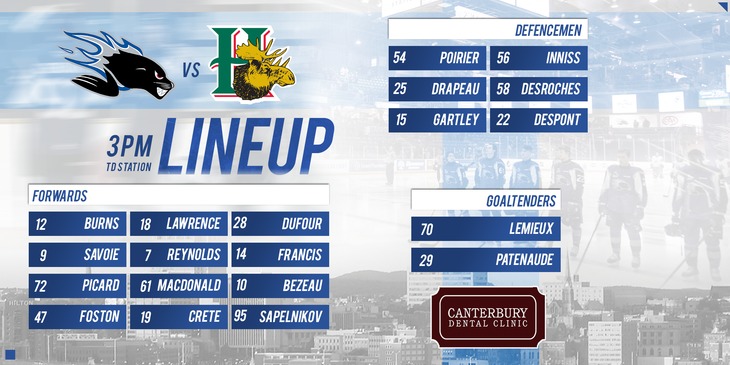 The Sea Dogs struck first off a goal from Riley Bezeau, firing a shot from the top of the circle past Brady James at 5:05.

Zachary L’Heureux was sent off with 4:17 remaining in the period, they were unable to convert with the extra man, but maintained their lead for the rest of the period and went into the first intermission up 1-0.

Shots after the first were 12-8 for the Sea Dogs.

31 seconds into the second frame, the Sea Dogs got their second power play of the night when Brady Schultz was sent off for hooking. This time the Sea Dogs power play succeeded and Brady Burns got on the board, picking up a pass from Ryan Francis in front of the net and flipping it over the goaltender.

One minute later the Sea Dogs took a 3-0 lead off a goal from Evgeny Sapelnikov, firing a shot from the slot, his third goal of the season.

The score remained the same for the rest of the period, while the Sea Dogs and Mooseheads exchanged penalties.

Charlie Desroches was sent off for tripping at 16:06, the Sea Dogs successfully killed the penalty.

A fight broke out in the Sea Dogs zone in the final minute of the period, Charlie Desroches and Zachary Beauregard dropped the gloves and were sent to their locker rooms early. Penalties on the play were five minutes for fighting and a ten minute misconduct each.

The intensity increased and there was shoving in the Sea Dogs zone 12 seconds before the end of the period. This time, Bezeau and Desnoyers were sent off for roughing.

Shots after the second period were 23-18 for Saint John.

Ryan Francis scored his first one back in the Port City at 6:23, firing a wrist shot to the back of the net and making it 4-2.

With two minutes remaining, Halifax pulled their goalie. Thirty seconds later, Christopher Inniss was sent to the box for tripping, and the Mooseheads called a time out. The Mooseheads net remained empty and they put pressure on the Sea Dogs, playing 6-on-4.

With 59 seconds left on the board, the Mooseheads scored their third of the afternoon. That would prove to be the final goal of the game, giving the Sea Dogs a 4-3 win.

The Sea Dogs will head off on their first Quebec road trip later this week, taking on Quebec, Shawinigan, and Drummondville. They will start with Quebec on Thursday, November 4th at 7PM. Follow along from home with Sea Dogs Radio CFBC 930 AM or online at watch.chl.ca.