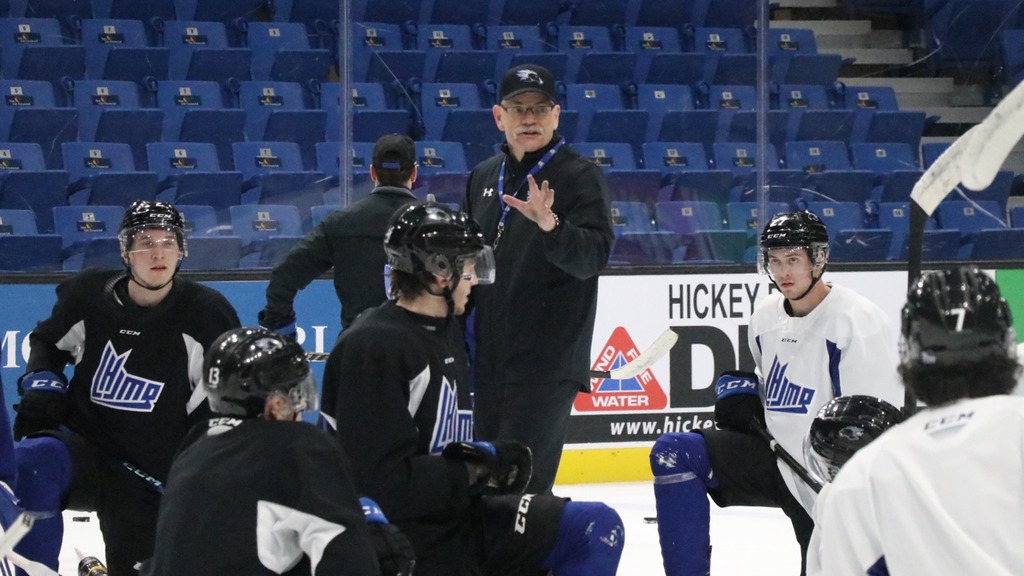 On May 24, Gardiner MacDougall was officially named the interim head coach of the Saint John Sea Dogs for the 2022 Memorial Cup presented by Kia. Now a little over two weeks into his position and a week away from the beginning of the tournament, MacDougall says the process has been “exhilarating”.

“It’s been fast and full of energy, and that’s how we want our team to play. We want them to be enthusiastic, hopefully the performance can be exhilarating for our fans.” 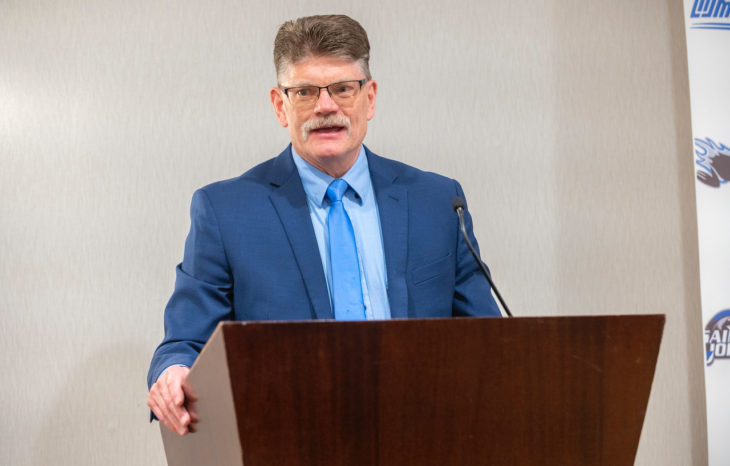 One of the winningest coaches in Canadian university sports history, MacDougall brings extensive tournament experience to the Sea Dogs bench. Winning seven National Championships, two World University Games Championships, and ten Atlantic University Sport (AUS) Titles in his 22 years behind the bench of the UNB REDs Men’s Hockey program. Even with all that success, he considers the opportunity to play for a Memorial Cup a once in a lifetime opportunity.

“Those are kind of lifetime moments, they don’t happen every year,” said MacDougall. “Very rarely in your career do you get this kind of opportunity. It’s a tremendous opportunity, a tremendous responsibility. You feel there’s a duty to the team, to Mr. McCain, to the ownership, to the city, and really to the province.”

The Sea Dogs loaded up at the trade deadline and had an extremely successful second half, including a fifteen game win streak to end the regular season, but were knocked out of the playoffs after a first round loss to Rimouski. MacDougall spoke of the unique opportunity for a second chance, one that is not often available in the world of sports.

“They had lots of positives throughout the season and sometimes adversity can be a stepping stone. In the hockey world, certainly in the playoffs, rarely do you get a second chance. We’re lucky we got, maybe you call it a mulligan, for the players. Sometimes you can only go so far by having success and wins and sometimes you have to go back a little bit to go ahead farther.”

The UNB REDs have been known for having intense practices while under the leadership of MacDougall, and his time with the Sea Dogs has been no different. The team has been hitting the ice with fervor to prepare to compete for the Memorial Cup. On top of taking to the ice, joining the team this late in the season means the new head coach has to learn his roster as players and as people.

“It’s building trust in the group, and trust goes two ways, the players and the coaches. A big part of that is getting to know the players as hockey players, but also as people. We’ve tried different activities and finding time to get to know each and every player and what makes them successful as players, and in turn try to get that information to best prepare the group for where we want to go.”

The new coach said there was an adjustment to be had for all members of the team with a staffing change, but that the players were open and ready to get to work.

“It’s probably, in the hockey world, the most adversity they’ve faced, with the loss in the playoffs. Obviously with a new coach coming in there’s an adjustment as well, but they’ve been really open minded, a growth mindset you probably call it. It’s been exciting to try to make a difference each day with them.” 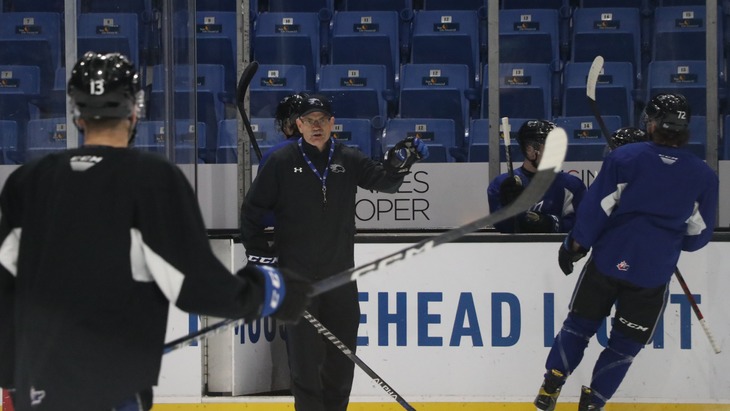 Originally from Prince Edward Island, MacDougall has lived in Fredericton for the past 22 years coaching the UNB REDs, and knows the impact the Memorial Cup has on the province.

“We’re a small province and rarely do we get a chance to be the best at some particular thing in Canada. I think this opportunity, and at a smaller level the Telus Cup, where the Moncton Flyers won, was tremendous for the province. Now we get an opportunity at the Major Junior level to take pride in New Brunswick, very rarely do you get this opportunity. In the last 25 years the Memorial Cup has been hosted by Moncton and now Saint John gets the opportunity, so they’re few and far between. You want to make the very best of the opportunity.”

Along with MacDougall, former Saint John Flame Rocky Thompson was brought on as an advisor. Thompson was the head coach of the Windsor Spitfires in 2017, when the Spitfires hoisted the Memorial Cup as the host team, after suffering a first round exit in the playoffs.

“We’re lucky that we have some resource people like Rocky Thompson, who went through it with the Windsor Spitfires,” said MacDougall on how the team is preparing. “He has been a tremendous resource for us.”

The Sea Dogs will be hitting the ice to take on the champions of the OHL, either the Hamilton Bulldogs or the Windsor Spitfires, on June 20, and are finding ways to keep the compete level high in practices.

“It’s not easy, but we’re asking the players to try to get better each and every day,” said MacDougall. “The better our players get, obviously the competition internally gets better. We’re not going to be able to replicate a game, but we’re going to do the very best we can and have our players best prepared when we get to game one.” 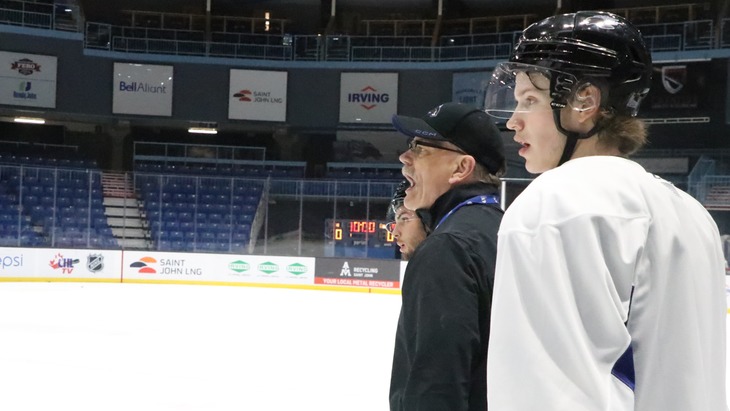 To the Sea Dogs fans, MacDougall wanted most of all to say that he was excited about the opportunity, and especially excited to be able to do it in Saint John, New Brunswick.