MENU
In response to the suspension of the season by the QMJHL, the Sea Dogs office will be closed until further notice. Please see the below announcement re: existing tickets and flex vouchers. Please hold on to any unused tickets. For questions/information please contact info@saintjohnseadogs.com We thank you for your patience and understanding as we continue to work through this.
July 30, 2019 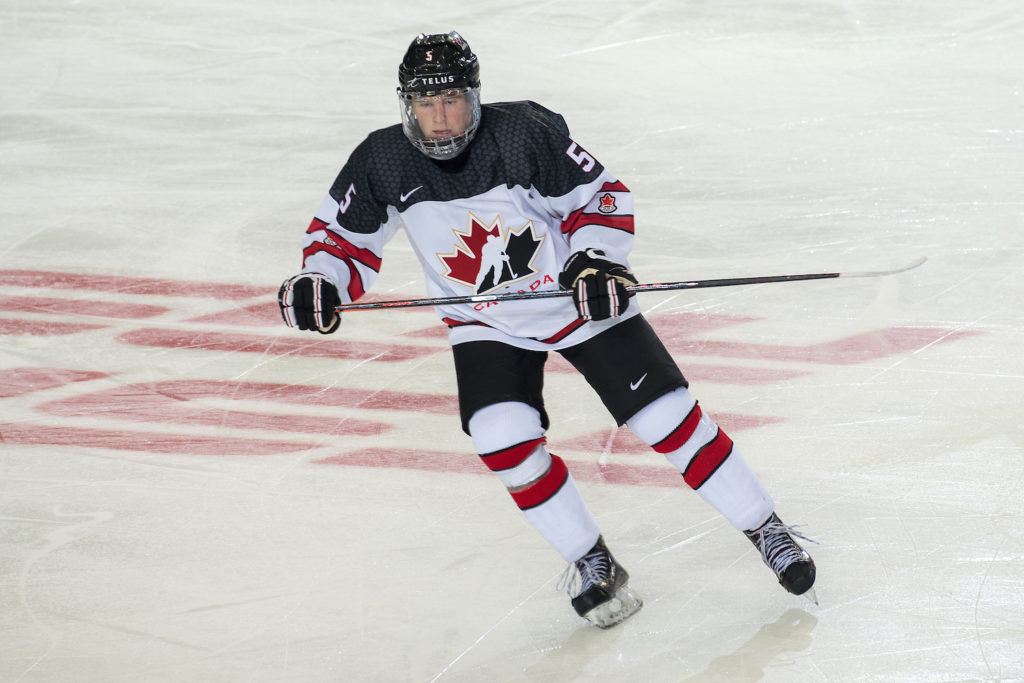 This will be Poirier’s second time wearing the Canada red and white following a stellar performance at last year’s World U17 tournament held in Saint John and Quispamsis.

“We are elated for Jérémie on making the team. He’s dynamic and he deserves it. He’s following in the footsteps of Sea Dogs defencemen Thomas Chabot and Simon Després who previously played in this tournament,” said Sea Dogs President & General Manager Trevor Georgie.

Other Sea Dogs to have played for Canada in the tournament include Joe Veleno, Nathan Noel, and Jonathan Huberdeau.

Poirier and Team Canada will face off against Slovakia in pre-tournament action on Saturday, Aug. 3 in Piestany before moving on to Breclav, where it opens the 2019 Hlinka Gretzky Cup against Finland on Monday, Aug. 5 at 9:30 a.m. ET/6:30 a.m. PT. All Team Canada tournament games will be broadcast by TSN and RDS; please check local listings for details.

Canada has won gold 22 times in 28 years of summer under-18 competition, along with two silver medals and one bronze.

Sea Dogs William Villeneuve and Charlie DesRoches also attended Hockey Canada’s selection camp which took place in Calgary, AB over the past five days but did not make the final roster.

“We’re very proud of the camp that all three of our young men had this past week. It is an honour to be considered among the best 44 players in your country and I am sure that Charlie and Will are as proud of their experience, as we are,” added Georgie.