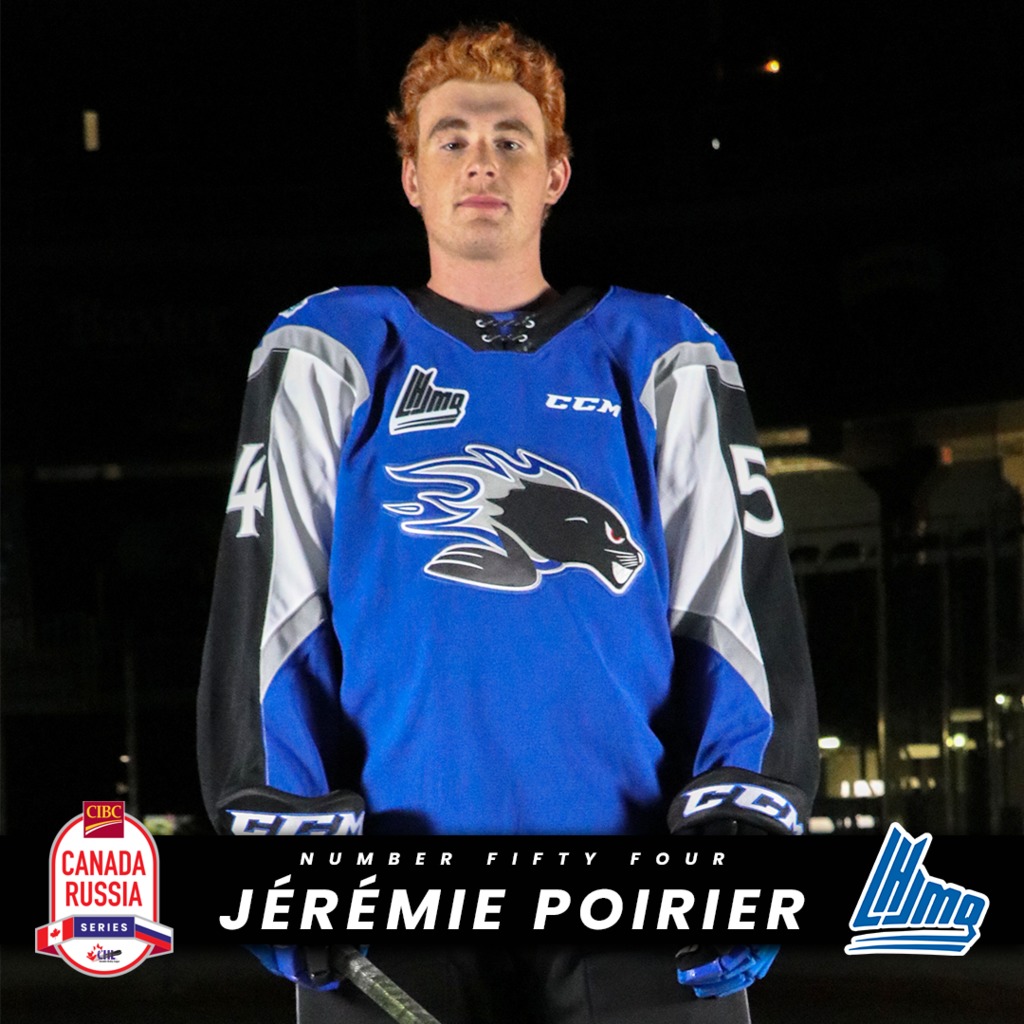 The CHL announced Wednesday the players selected to represent the league in the 2019 CIBC Canada Russia Series, set for November in cities across Canada including Saint John on November 4th.

Sea Dogs defenceman Jérémie Poirier has been named to team QMJHL and will take part in game one and two of the series in Saint John and Moncton.

“Playing in these games will give me the chance to play with the best players in the league-from all ages,” said Poirier. “It’s going to be good for me especially in my draft year to show everyone what I can do.  It’s a tremendous opportunity for me, and to play at home in Saint John makes it even better.”

From Salaberry-de-Valleyfield, QC, Poirier has four goals and six assists in 10 games with Saint John this season. He was recently given an ‘A’ rating in the NHL Central Scouting’s “Players to Watch” list which denotes a potential first round draft candidate.

“Jeremie is an incredible talent,” said Sea Dogs President & General Manager, Trevor Georgie. “He has elite offensive abilities and does things with the puck at 17 that some of the best 19-year-olds in the League can’t do. He has the ability to take over a game and I know that our fans marvel at what he does on the ice. He is exciting to watch and we’re very proud of him receiving this honour.”

Poirier’s offensive abilities have been showcased on the international level twice in the past year. He joined Team Canada White during last November’s World Under-17 Hockey Challenge notching three goals and three assists. This summer he participated in the Hlinka Gretzky U18 Tournament as part of Team Canada registering a goal and two assists.

“Jeremie has earned this opportunity through his impact with Team Canada at the U18 Hlinka-Gretzky cup in August and as a result of his strong start to our season with 10 points in the first ten games.” said Sea Dogs Head Coach Josh Dixon. “The coaching staff is very excited for Jeremie to have an opportunity to play with the best Canadian players in our league vying for a spot on the World Junior team and what that experience will mean for Jeremie’s continued development with the Sea Dogs.”

Sea Dogs Head Coach Josh Dixon will also be representing Saint John during the CIBC Canada Russia Series as he steps behind the bench as an Assistant Coach for Team QMJHL for games one and two.

Tickets for the CIBC Canada Russia Series are on sale now at the box office or online by clicking here.

A full list of players representing the QMJHL is available here.