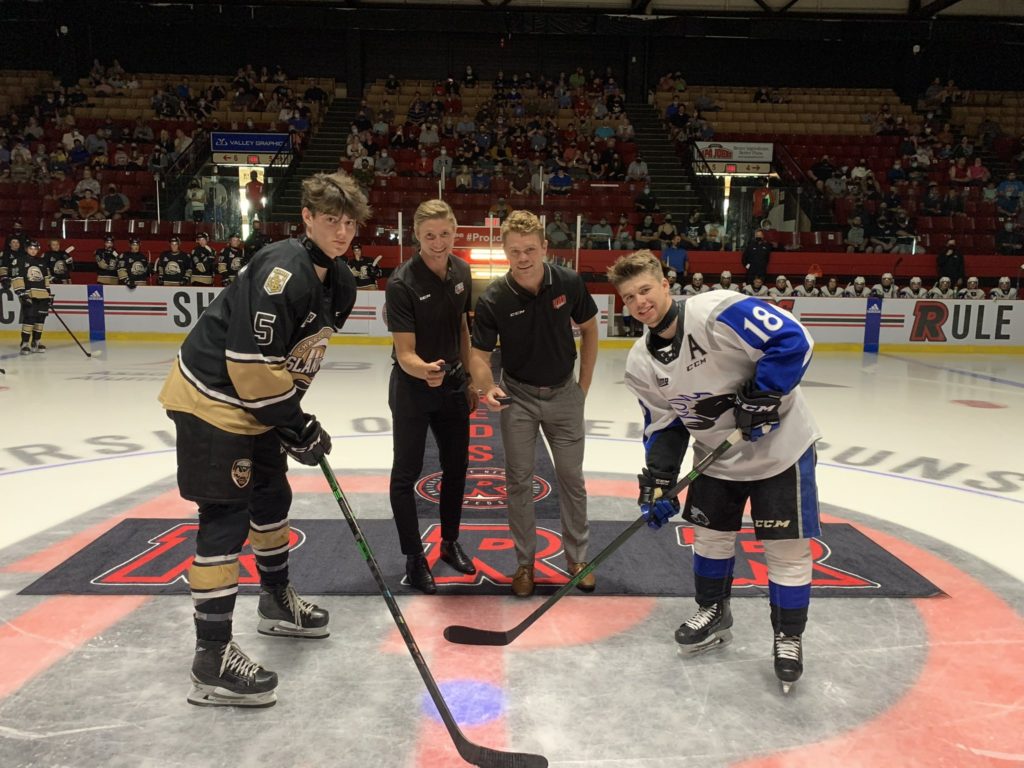 It was a storybook homecoming for Fredericton native Josh Lawrence on Wednesday night at the Aitken Centre as the 19-year-old forward lit the lamp three times en route to an 8-1 win over the Charlottetown Islanders. The Sea Dogs improve to 4-0 on the pre-season after defeating the Islanders for the second time in as many nights.

Noah Patenaude made his pre-season debut in net, sharing duties with Ventsislav Shingarov. 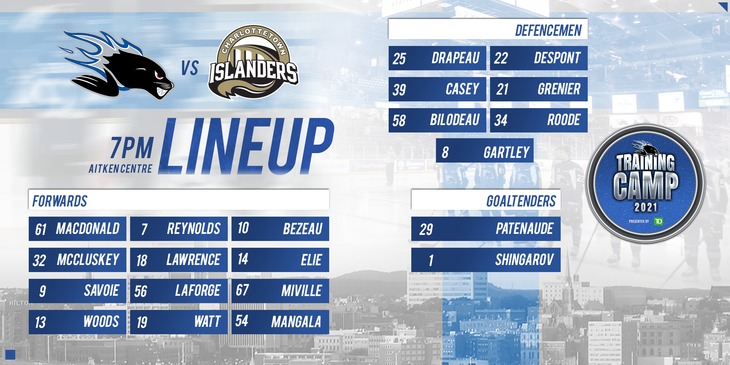 Charles Savoie opened the scoring at 3:36 of the first period with his first of the pre-season. The third-year forward has three points through four games.

The two teams were held scoreless for the next 27 minutes before Daniel Kline tied the game for the Islanders midway through the second.

From there, Saint John would go on to score seven unanswered goals. Josh Lawrence had the eventual game-winner at 16:30 of the second before adding two more in the third. He finished with four points in the game.

Rookies Kanaga Mangala and Loik Miville each scored their firsts of the pre-season before 2020 draftee Nico Laforge scored the eighth and final tally with under 15 seconds to play in the game, his fourth goal in as many games.

Carter McCluskey continued his strong pre-season performance adding three assists in the game. He and Nico Laforge lead the team with eight points each this pre-season.

Noah Patenaude made 27 saves in 40 minutes of play, while Shingarov was a perfect 16 for 16 in the third period.

Saint John will have two days rest before heading to Acadie-Bathurst for a matinee matchup with the Titan at 3PM.  The team is expected to announce their first round of training camp roster changes prior to Saturday.