Lemieux Stellar with 38 Saves in Win Over Isles 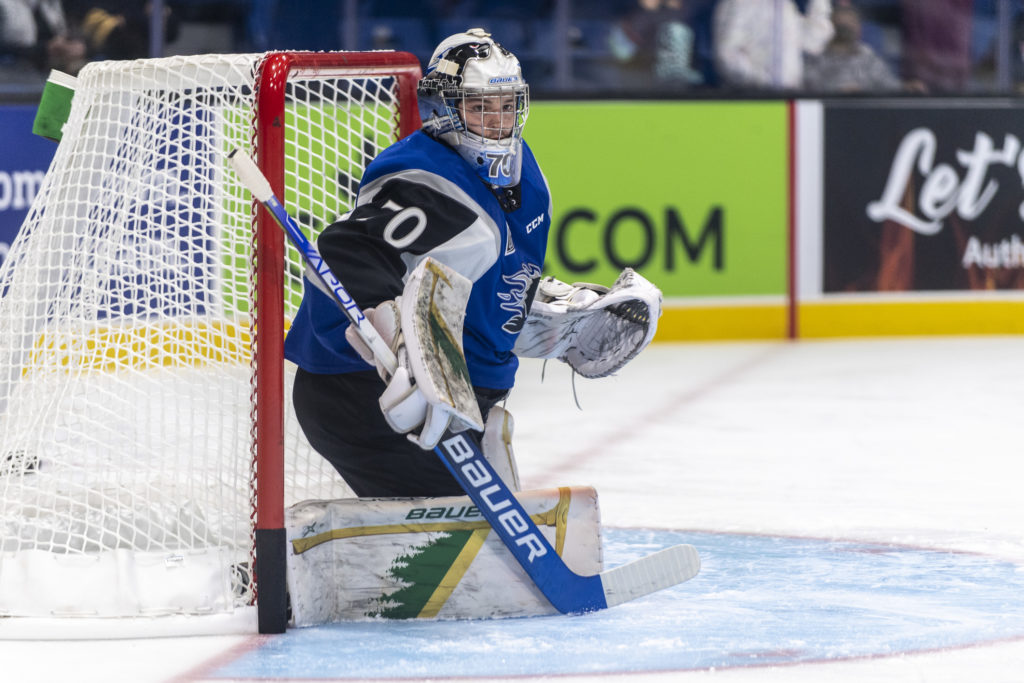 The Saint John Sea Dogs (1-3-0-1) crossed the bridge to take on the Charlottetown Islanders (3-2-0-0) in a long weekend matinee. There was lots to be thankful for in the Monday afternoon matchup, most of all the Sea Dogs first win of the season! Backstopped by an incredible 38 save performance by Jonathan Lemieux, the Sea Dogs topped the Islanders 3-1. Sea Dogs goals came from Riley Bezeau, William Dufour, and Cam MacDonald.

Jonathan Lemieux started for the Sea Dogs stopping 38 of 39 shots and Jacob Goobie got the start for Charlottetown with 21 saves on 23 shots. 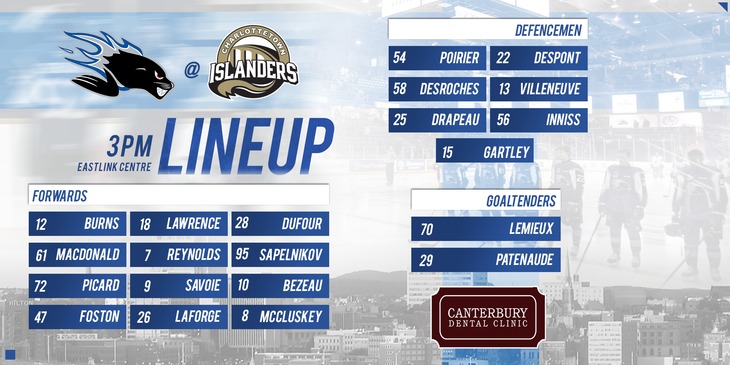 The puck dropped and it was an energy filled game from the start. 5:06 in, Cam MacDonald and Ben Boyd dropped the gloves and both were sent off with five and a misconduct. The rest of the first period was a quick one with few whistles, neither team scored and the only other penalty was given to Olivier Picard for high sticking at 12:42.

Shots after the first were 14-5 for Charlottetown.

The energy was carried into the second frame and Riley Bezeau fired a rocket past Jacob Goobie on a partial breakaway only 22 seconds into the period. Assists on the goal went to Charles Savoie and Olivier Picard.

For the rest of the period, the special teams came out. The Sea Dogs penalty kill came out three times and was successful each one, holding onto the 1-0 lead with help from big saves by Lemieux.

At the end of the second period, the Islanders were awarded a penalty shot at the buzzer. A huge save by Lemieux kept the Sea Dogs up going into the third.

Shots after two were 30-14 for Charlottetown.

Play continued in the third and the score remained the same until William Dufour scored his third goal of the season, increasing the lead to two. Brady Burns and Josh Lawrence got the assists, giving Burns a point in all five games so far this season.

At 16:09, the Islanders cut the lead to 2-1 with their first goal of the afternoon. The Islanders increased the pressure and pulled Goobie in an attempt to tie the game up, but Cam MacDonald picked the pocket of Ben Boyd and fired a shot into the open net from the Sea Dogs zone. This goal sealed the deal and gave the Sea Dogs their 3-1 win.

Final shots were 39-24 for Charlottetown.

The Sea Dogs will return to Saint John to take on the Cape Breton Eagles twice at home next weekend, on Friday the 15th and Saturday the 16th. Puck drop for both games are at 7 PM. Tickets are available at the TD Station Box Office or online at sjseadogs.com. Take your family to the game with a GEMTEC Family Pack! 2 Adult, 2 U25 tickets, and 4 small popcorns, are available at the Box Office for $50 taxes and fees included.