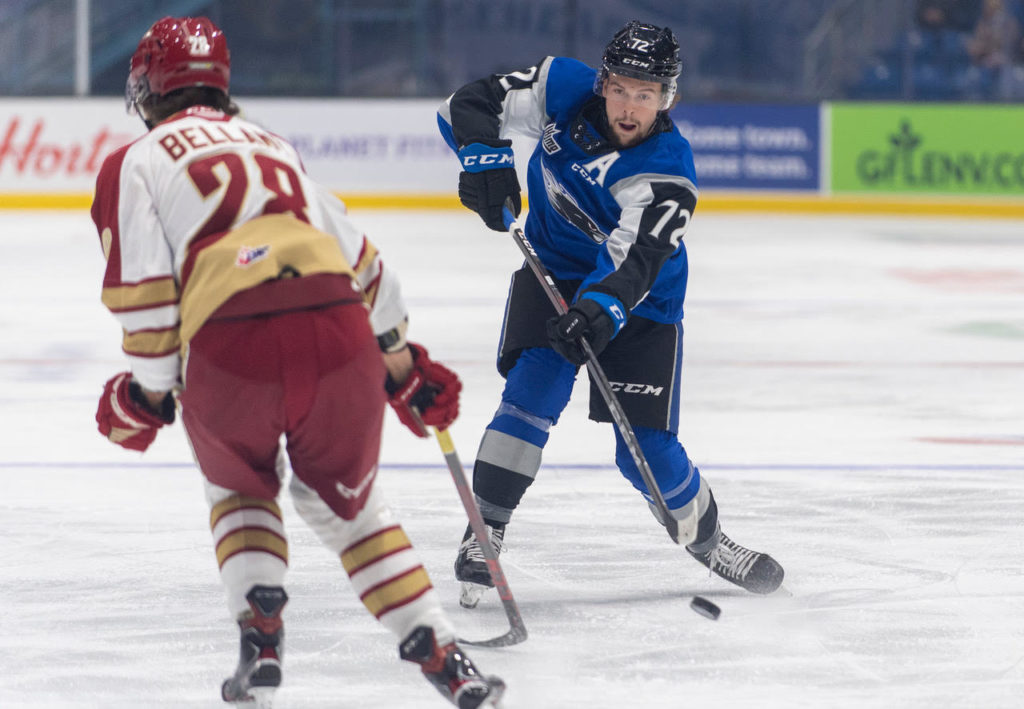 The Saint John Sea Dogs (0-3-0-1) lost to the Acadie-Bathurst Titan (4-0-0-0) in overtime at TD Station in a Saturday night matchup, their second meeting in as many days. Carter McCluskey and Evgeny Sapelnikov scored their first goals in the QMJHL and William Dufour found the back of the net again in the 4-3 shootout loss. 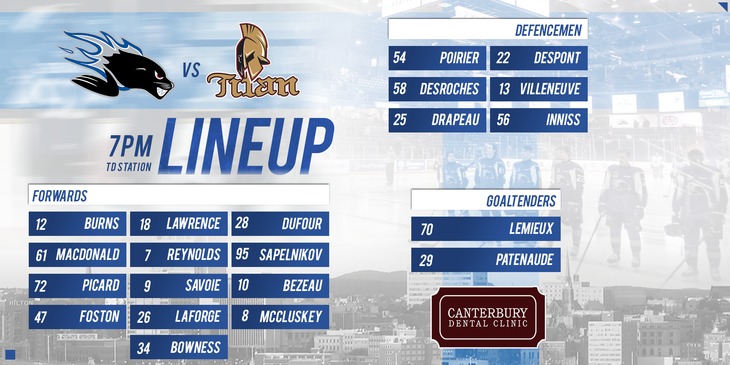 The Titan opened the scoring with a goal from Dylan Andrews at 4:55. Three minutes later, Carter McCluskey tied the game up with his first regular season QMJHL goal. The assists on McClusky’s goal went to Nico Laforge and Cole Foston.

The Sea Dogs finished the period by successfully killing two penalties and maintaining the 1-1 tie going into the first intermission.

Shots after the first were 15-8 for Bathurst.

Olivier Picard was sent to the box for four minutes on a high sticking double minor and this time the Sea Dogs penalty kill was not successful. The Titan took a 2-1 lead off a goal from Riley Kidney at 5:38.

Shots after the second were 25-23 for the Titan.

Saint John got an early power play in the third when Bathurst’s Noah Ryan was sent off on a hooking call. Sea Dogs goaltender Jonathan Lemieux passed the puck to William Dufour who carried it into the offensive zone and shot a rocket into the Titan net, tying the game up once again at 4:49.

Titan winger Logan Chisholm fired a shot from the blueline that made it’s way past Lemieux and gave the Titan a 3-2 lead with 14:03 remaining in the game.

With 2:47 left in the third period, Evgeny Sapelnikov joined McCluskey in scoring his first goal in the QMJHL. Deking past the Titan defender and sending the puck past Jan Bednar’s shoulder, Sapelnikov tied the game at 3 and forced an overtime.

65 minutes weren’t enough for the two teams and despite great chances at either end, no goals were scored in overtime and the game went to a shootout.

The goalies continued with their strong performances and took the shootout to four rounds, with the goaltenders stopping every shot until Ben Allison found his way past Lemieux, winning the game for the Titan.

Final shots of the game were 37-33 for Bathurst.

The Sea Dogs will be heading across the bridge to take on the Charlottetown Islanders in a 3 PM matinee on Monday. Listen along from home on CFBC 930 AM.