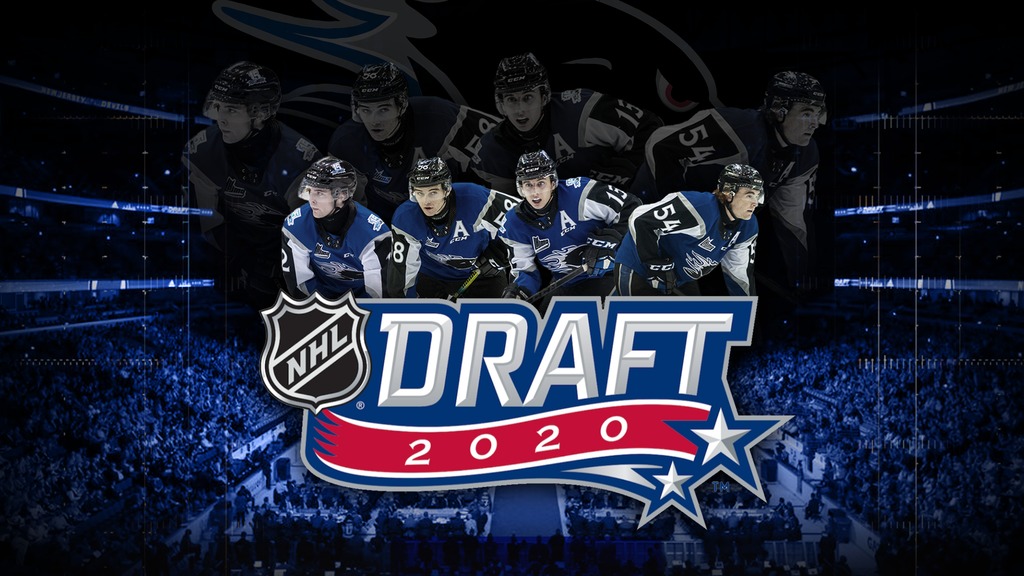 The 2020 NHL Draft will be held virtually over the next 48 hours and four Sea Dogs are among the top ranked North American skaters by NHL Central Scouting with a total of 11 total Sea Dogs entering their first year of draft eligibility.

Night one of the draft will cover the first round and will air on Sportsnet beginning at 8 p.m. ADT. Consensus #1 overall pick and QMJHL star Alexis Lafreniere is expected to be drafted to the New York Rangers who were awarded the pick earlier this summer via the draft lottery. The Los Angeles Kings and Ottawa Senators round out the first three picks. Check out the full draft order for round one here.

Sea Dogs Defenceman Jérémie Poirier finished last season with the sixth most goals by a defenceman in the CHL and has been consistently ranked by hockey pundits to be a late first round/early second round pick. He currently leads the Sea Dogs with four points through the first two games of the regular season.

The extra scouting time provided by a delayed draft may also benefit Charlie DesRoches who had a very strong showing in the 2020 pre-season. DesRoches finished tied for the team lead in goals (4) and was second in points (6). His four pre-season goals also led all defencemen league wide.

The Sea Dog drafted first this year will become the first non-import player drafted from the Sea Dogs since Cedric Pare was drafted in the sixth round to the Boston Bruins in the 2017 draft. Most recently drafted Sea Dogs Radim Salda (2018) and Maxim Cajkovic (2019) were both drafted by the Tampa Bay Lightning.

Rounds 2-7 of the draft will be held tomorrow afternoon at 12:30 p.m. ADT on Sportsnet. Check out the full draft order for those rounds here.

QMJHL postpones games in the Maritimes division
3 days ago