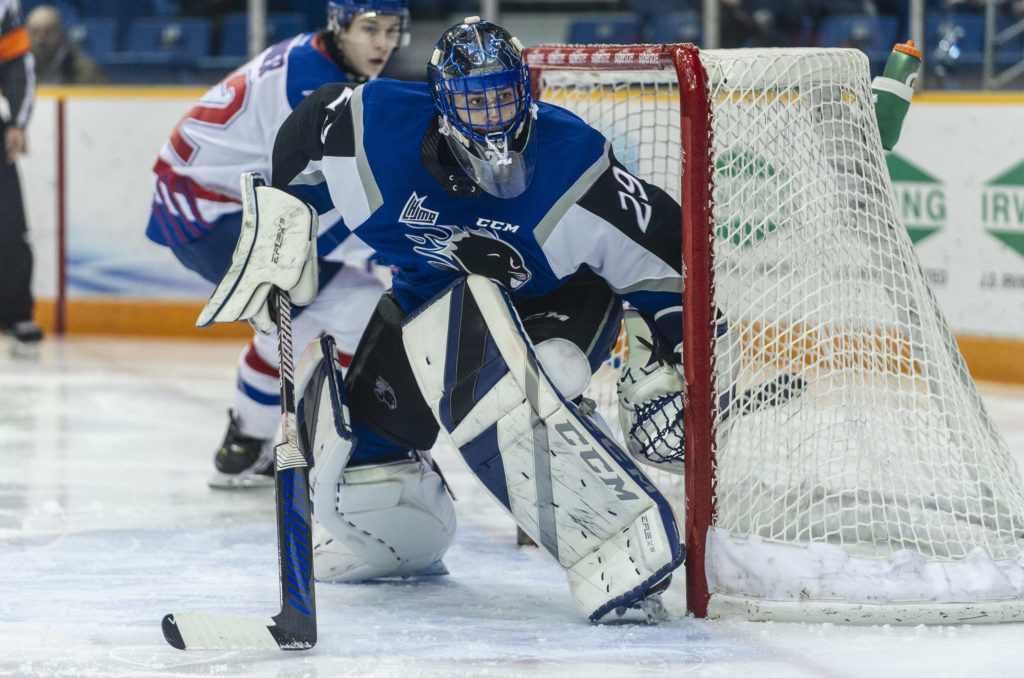 Sea Dogs goaltender Noah Patenaude has been named to Team Switzerland for the IIHF World Juniors Championship being held in Edmonton, AB from December 25th to January 5th.

The 6’0” native of Neuchâtel, Switzerland attended Team Switzerland’s camp this past week and received the news he had made the team on Saturday.

“I’m so excited to get going and face the best players in the world,” explained Patenaude. “It’s something that I’ve dreamed of and it finally became a reality. I want to thank everybody in the Sea Dogs organization for helping make this possible and for the trust in me.”

The sophomore netminder was signed to the Sea Dogs as a free agent in 2019. In 11 appearances with the Sea Dogs this season, Patenaude holds a 4-3-3-0 record with a 3.62 goals-against average and a .889 save percentage. This is an important season for Noah as he enters his first year of NHL draft eligibility. Although born in 2002, he was ineligible for the 2020 NHL Draft due to a late birthday (December).

This will be Patenaude’s first appearance at the World Juniors tournament. In 2019 he represented Switzerland at the Hlinka Gretzky Cup in Slovakia and the Czech Republic.

“After a good rookie season, Noah worked incredibly hard this summer putting the work in and transforming his body,” said Sea Dogs President & General Manager, Trevor Georgie. “He is so deserving of this opportunity and we couldn’t be more proud of him. I know that all of us here will be cheering for both red and white teams this World Juniors.”

Team Switzerland was eliminated in the quarterfinals of last year’s tournament by Team Russia. At the 2019 World Juniors in Vancouver, BC they finished fourth, their best finish in ten years.  They will open the tournament on Christmas Day when they take on Slovakia at 3:00 PM Atlantic.