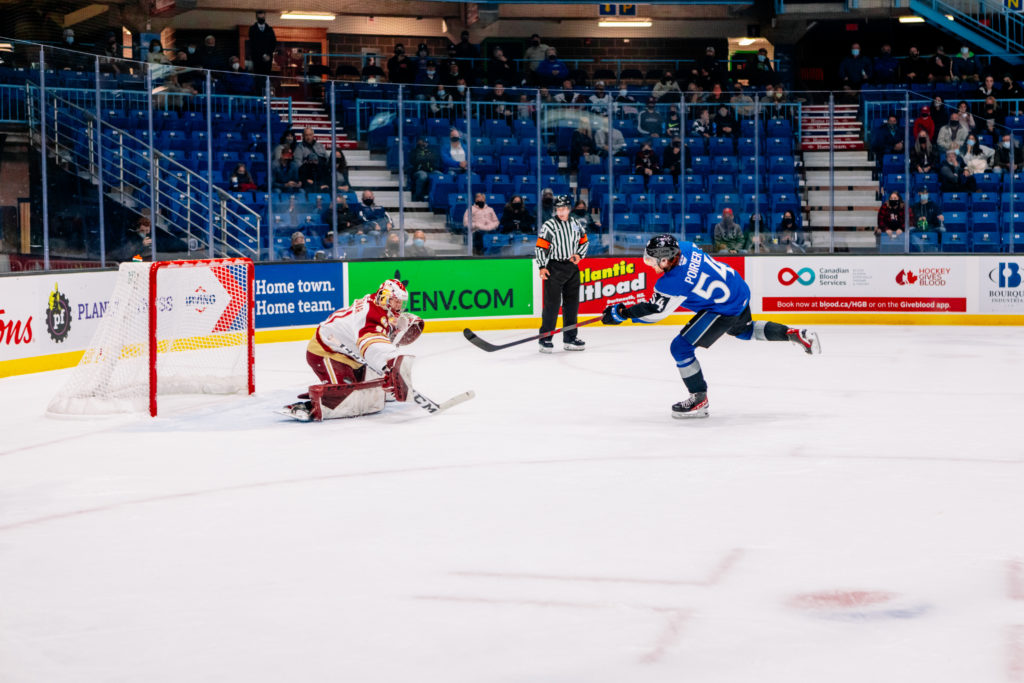 The Saint John Sea Dogs (12-8-0-3) topped the Halifax Mooseheads (12-8-1-1) in overtime in a weeknight matchup at TD Station. Jérémie Poirier passed the record for most goals by a defenceman in Sea Dogs history with the third goal of the night. William Villeneuve won the game in overtime, beating netminder Brady James 18 seconds into the extra period.

Noah Patenaude got the start for the Sea Dogs, stopping 33 of the 37 shots he faced in the 4-3 win. Brady James started for Halifax, saving 25 of the Sea Dogs 29 shots. 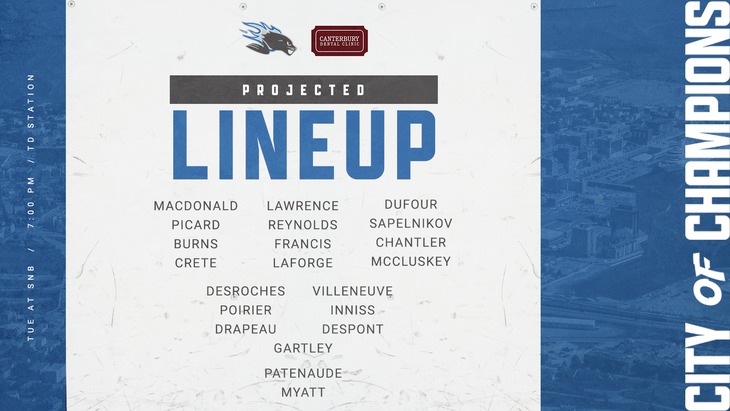 Josh Lawrence scored, planting himself in the opposing team’s crease and out waited the goaltender at 2:28. The play went to a quick review, but stood as a good goal and the Sea Dogs had the lead.

Jeremie Poirier was sent off at 6:53 for tripping. While on the power play, netminder Brady James played the puck outside of the trapezoid and play was sent to four-on-four for 1:03.

Halifax tied the score at 1 off a goal from Jordan Dumais with 3:30 remaining in the period.

Shots at the end of the first were 15-10 for the Mooseheads.

A few penalties were traded on either side, but neither power play could beat the goalies and the Mooseheads held onto their lead. The Sea Dogs kept the pressure on Halifax and it paid off when Peter Reynolds tied the game up on a passing play and made the crowd erupt at TD Station at 11:08.

Shots after two periods were 23-22 for Halifax.

At the end of the second period, Jacob Chantler and Marcus Vidicek were sent off for roughing and the third period began with two minutes of four-on-four.

56 seconds in, Jeremie Poirier took the lead back for the Sea Dogs with a rocket from the faceoff dot. With that goal, the 41st of his career, he has passed Alex Grant as the Sea Dogs franchise leader in goals for a defenceman.

The game was tied back up off a goal from Biasca Attilio at 15:23, this goal ultimately sent the game into overtime.

Overtime did not last long. William Villeneuve rushed the zone and beat the Mooseheads’ goaltender after he overcommitted to a save, leaving the net open 18 seconds into extra time.

The Sea Dogs will hit the road and head to Quebec this week, taking on Blaineville-Boisbriand, Sherbrooke, and Victoriaville, beginning with the Armada on Friday, December 3rd.

Remember to sign up to be a Sea Dogs Insider on our website to get a code to access Memorial Cup tickets before the general public!