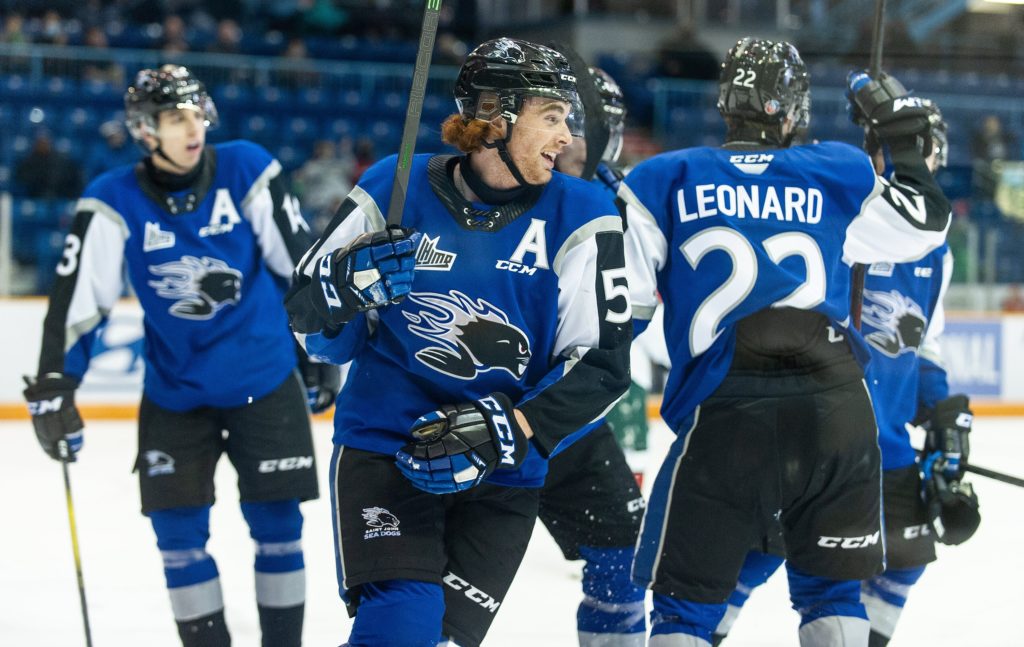 Jérémie Poirier scored a hat trick as the Saint John Sea Dogs (5-5-3-1) downed the Halifax Mooseheads (5-5-2-2) 4-3 in a shootout at TD Station on Saturday night. The Sea Dogs have won three-straight and now sit tied for third in the QMJHL.

Creed Jones picked up his first win of the season in goal for Saint John. Halifax started Brady James. 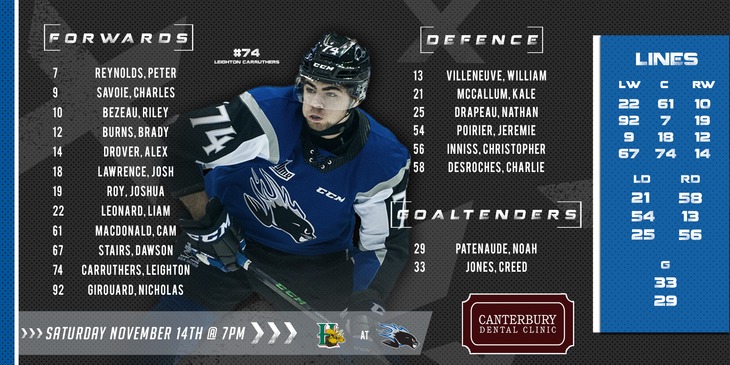 The Mooseheads were out in front early after two quick goals to open the game.  At 2:24 Lucas Robinson got a shot through traffic that fooled Jones. 30 seconds later Robert Orr came streaking down the left side and snuck the puck through on a tight angle to make it 2-0.  Jérémie Poirier got his first of the night four minutes later on the power play on a zone wide pass from Charlie DesRoches.  Saint John dominated the first period shot total, outshooting Halifax 21-11.

Jérémie Poirier scored on the power play a minute into the second period to tie the game. The tie was short lived as Kyle Petten scored on a shot from the point through traffic at 2:47.  Saint John got into penalty trouble late in the period but the penalty kill was perfect on the night going 7 for 7.  At the eight minute mark Julian Vander Voet drove hard to the net and James made the initial save but the puck rebounded to the slot and Poirier was there to make a diving shot to secure the hat trick and tie the game.

A hard fought third period saw Saint John kill off three straight penalties late to keep the game tied, including a hooking call with 1:40 remaining. Jones made some crucial saves down the stretch to send the game to overtime.

Halifax started overtime with 20 seconds of power play, and after the penalty was killed the teams played 4-on-4 for over three minutes until the first whistle. Overtime solved nothing and the game headed to the shootout.

Saint John hits the road for a three game swing starting Wednesday night in Cape Breton. Follow along on #SeaDogsRadio Presented by TD on CFBC 930 AM.