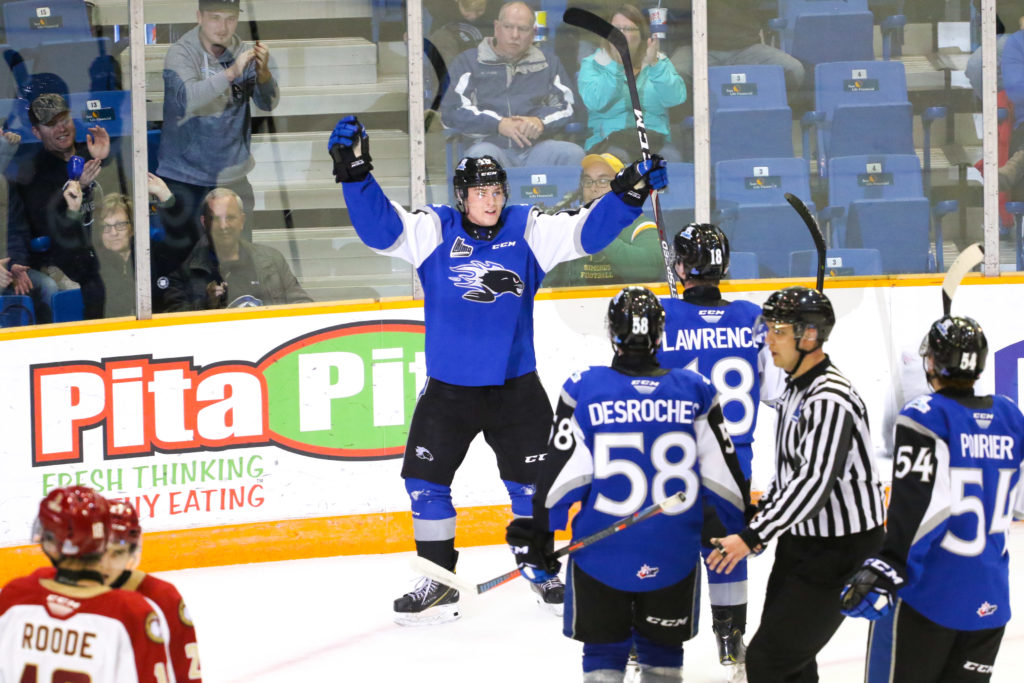 Returning to home ice after losing three straight on the road, the Saint John Sea Dogs (2-3-0-0) looked to shift their momentum against the winless Acadie-Bathurst Titan (0-4-0-1) at TD Station on Saturday evening.  In a back and forth, offensively driven game, the Sea Dogs emerged victorious, winning 4-2 over the Titan.

The game started with a flurry of action, both teams trading shots in an attempt to get the first goal of the game, but the score remained 0-0 after the first 10 minutes.

After two quick penalties to the Titan the Sea Dogs were able to capitalize on a 5-on-3 power play. Ben Badalamenti gave the Dogs the 1-0 lead after tucking in a rebound from Nicolas Guay in front of the net.

Dawson Stairs went to the box for contact to the head at 4:51, but Saint John killed the penalty and kept the lead.

The Titan scored with 52.5 seconds left in the first when Logan Chisholm batted a puck out of the air to tie the game.

Shots were 12-11 in the Titan’s favour after the first.

Acadie-Bathurst was given another penalty early in the second, a tripping call against Alexis Dubé at 17:29.  The Sea Dogs had a lot of opportunity, but they couldn’t convert, and the score remained tied.

The Sea Dogs regained the lead at 9:53 off a beautiful passing play in the Titan’s zone.  Nicholas Deakin-Poot gained control of the puck at the blueline and sent it to Josh Lawrence in front of the net.  Lawrence passed it cross-crease to Brady Burns and Burns completed the play, shooting it top shelf, and giving him his first of the season.

Julian Vander Voet went to the box for slashing at 7:03.  Saint John killed the penalty and the score remained 2-1.

Shots were 21-20 for Saint John after the second.

Acadie-Bathurst started the third period with the man advantage for two minutes because of a slashing penalty called against Deakin-Poot in the dying seconds of the second period. Saint John kept it out of the net and maintained the lead.

The game’s speed increased as the Titan pressed to get back in the game.  Evan Mackinnon got the equalizer, scoring with a one-timer off a pass from Noah Delemont, just as Jérémie Poirier got out of the box for cross-checking.

A late penalty against the Titan allowed the Sea Dogs the chance to take the lead once again, and this time they capitalized.  Joshua Roy, the first overall pick in the 2019 QMJHL draft, fired the game winning goal past the Titan goaltender.

Saint John returns to action on Sunday afternoon against the Québec Remparts at 3PM. Tickets are available at the TD Station box office or online. 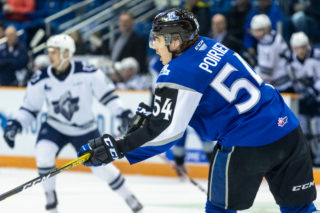 POIRIER SCORES IN 3-2 LOSS TO RIMOUSKI
5 hours ago 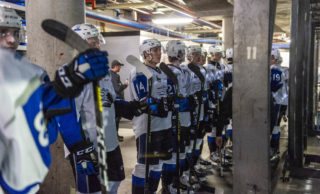