MENU
In response to the suspension of the season by the QMJHL, the Sea Dogs office will be closed until further notice. Please see the below announcement re: existing tickets and flex vouchers. Please hold on to any unused tickets. For questions/information please contact info@saintjohnseadogs.com We thank you for your patience and understanding as we continue to work through this.
March 13, 2019 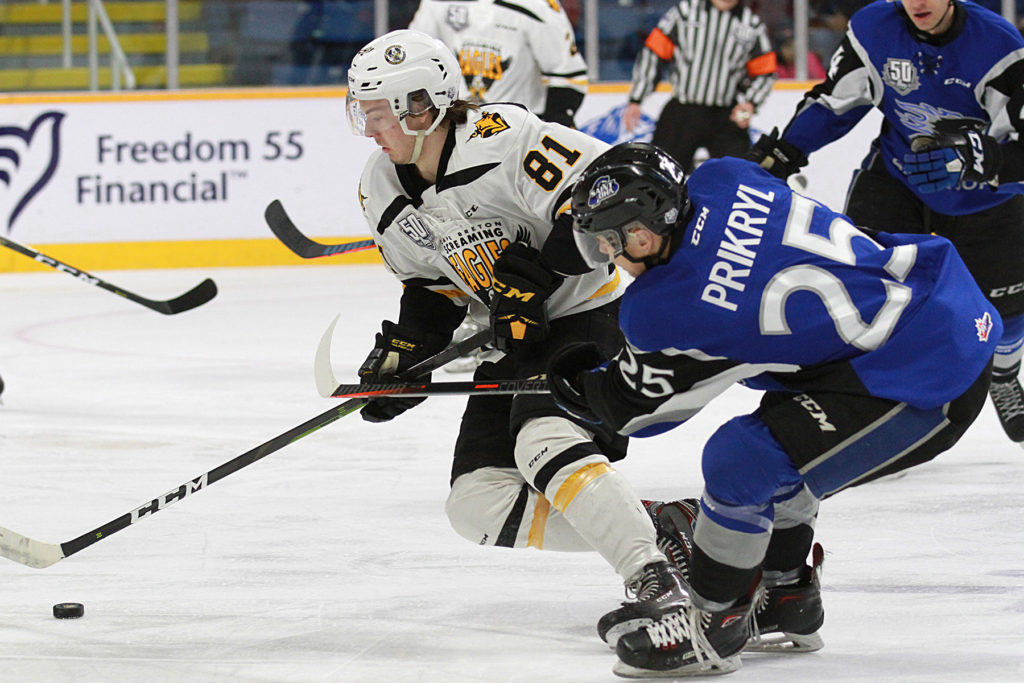 It was a late game heart breaker in Cape Breton on Wednesday night as the Sea Dogs lost 5-3 to the Screaming Eagles. Saint John is now 13-48-2-3 and remains one point back of Shawinigan for the final playoff spot.

A scoreless first period saw Saint John having the edge in shots 11-9 through 20 minutes. Denisov and Mandolese exchanged saves while each team had their chance with the man advantage with no success.

Just over a minute later Filip Prikryl scored his first of the game and 13th of the season on an assist from Josh Lawrence, snatching the lead back.

The lead lasted for most of the second until Gabriel Proulx scored at 15:54.

Mitchell Balmas went off for high sticking at 19:32 of the second and the Sea Dogs took to the power play. With one second left on the clock Filip Prikryl scored his second of the game to put Saint John back out in front 3-2.

Josh Lawrence took a feed from Filip Prikryl and found himself on a breakaway but Mandolese got the better of him to keep the Screaming Eagles within one.

With under three minutes to go Mathias Laferriere snapped a one timer from the hash marks past Denisov to put the Screaming Eagles in front 4-3. They would add an empty netter in the dying seconds for a final score of 5-3.

Mikhail Denisov stopped 34 for Saint John while Kevin Mandolese made 22 saves in the win.

Saint John heads to Halifax to take on the Mooseheads at 7PM on Friday night.