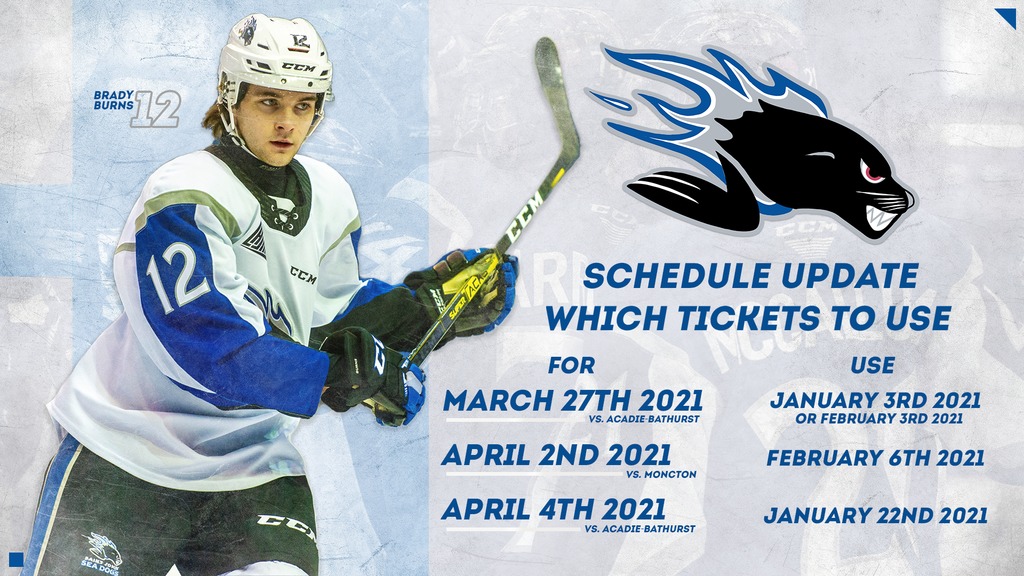 The QMJHL has announced an update to the Maritimes Division schedule. The update includes two new home games for the Sea Dogs on April 2nd and April 4th.

Despite positive dialogue between the Commissioner’s office and Public Health authorities from the three Provinces, no authorization has been granted yet to allow games involving all six Maritimes-based teams.

The QMJHL is confident to obtain the green light to schedule games between the six teams in the foreseeable future. As announced yesterday, the Maritimes Division will complete the 2020-21 regular season on May 1st.