MENU
In response to the suspension of the season by the QMJHL, the Sea Dogs office will be closed until further notice. Please see the below announcement re: existing tickets and flex vouchers. Please hold on to any unused tickets. For questions/information please contact info@saintjohnseadogs.com We thank you for your patience and understanding as we continue to work through this.
February 18, 2020 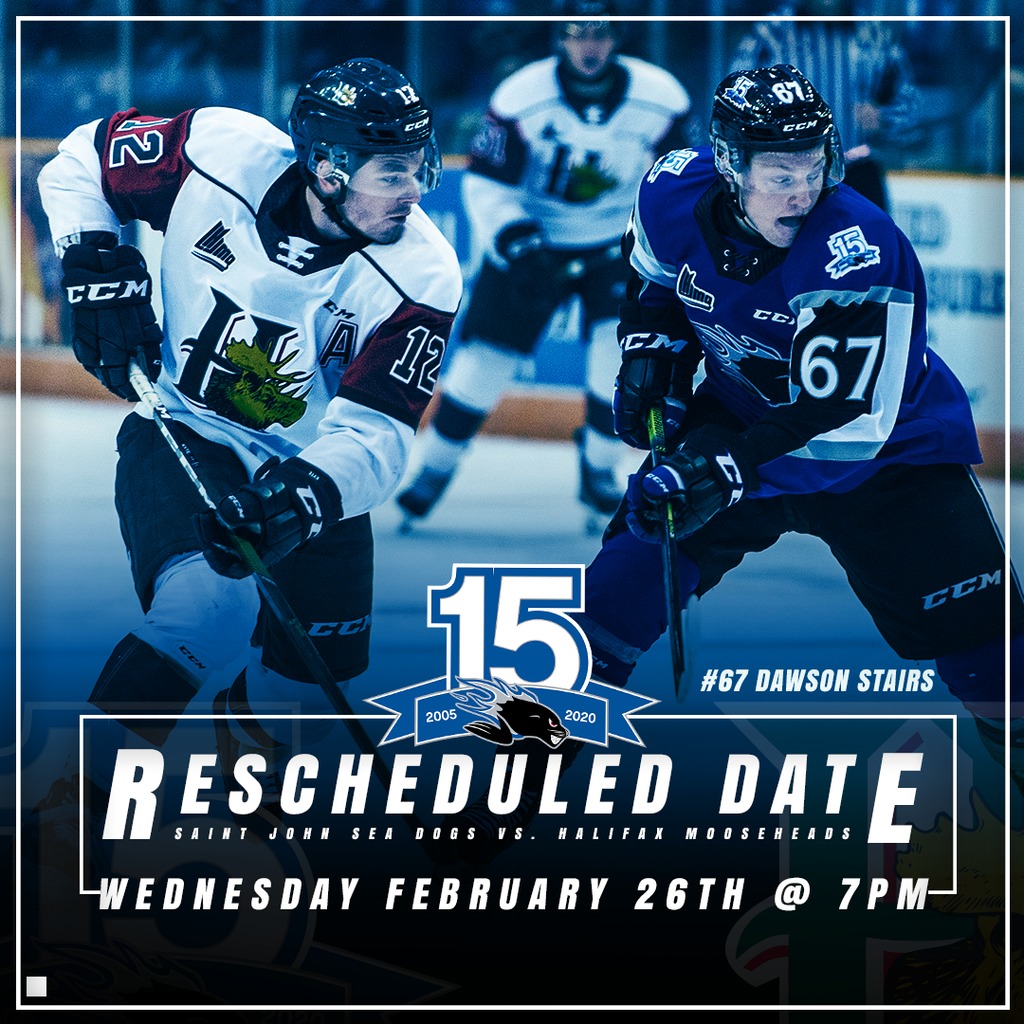 The postponed game from Friday, February 7th 2020 between the Saint John Sea Dogs and Halifax Mooseheads (featuring Classified) has been rescheduled for Wednesday, February 26th at 7pm. (Classified will not be performing during the rescheduled game).

Fans who cannot make the rescheduled game on February 26th will still have the option to redeem their tickets at the box office for any of our remaining home games. Fans are encouraged to redeem these tickets sooner than later as our final games fill up fast and we cannot guarantee ticket availability as we approach our final home game. Redeemed tickets can only be used for remaining home games this regular season – they cannot be used for playoff games.