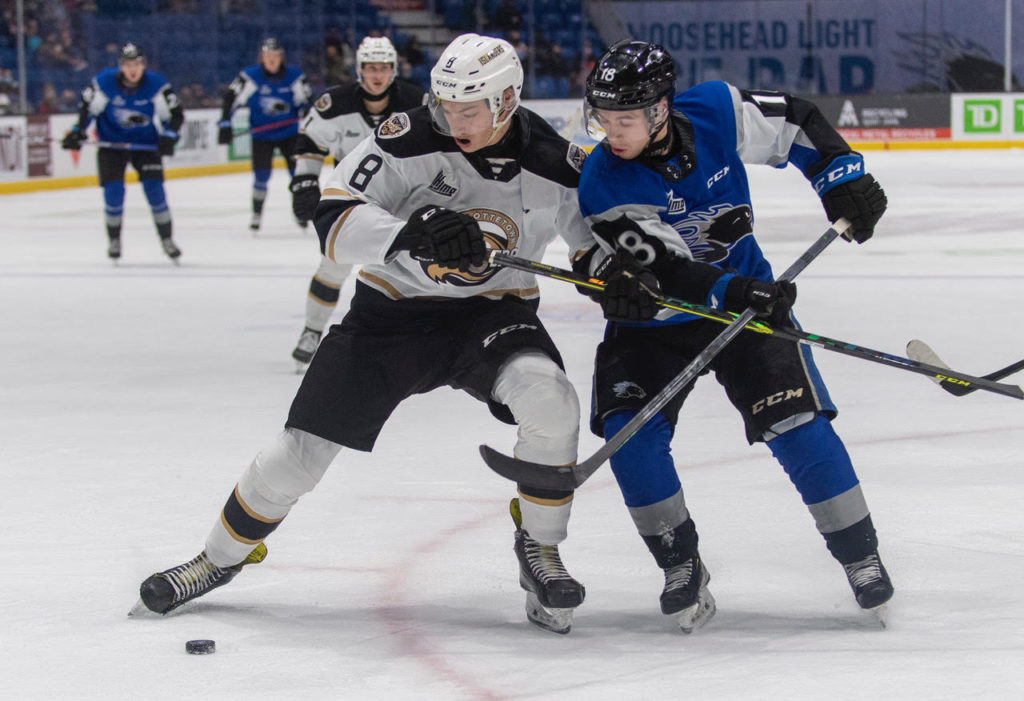 Saint John Sea Dogs (4-5-0-2) fell to the Charlottetown Islanders (8-4-0-0) in their fourth meeting of the season on Friday. William Dufour opened the scoring in the Friday night matchup. His goal midway through the first period was his tenth of the season, making him the first player in the CHL to hit that milestone this year. Dufour had a hand in all three goals for the Sea Dogs, assisting on both of Peter Reynolds goals in the loss at TD Station.

Jonathan Lemieux got the start for Saint John making 27 saves on 31 shots in the 4-3 loss. Oliver Satny started for Charlottetown allowing 3 goals on 24 shots. 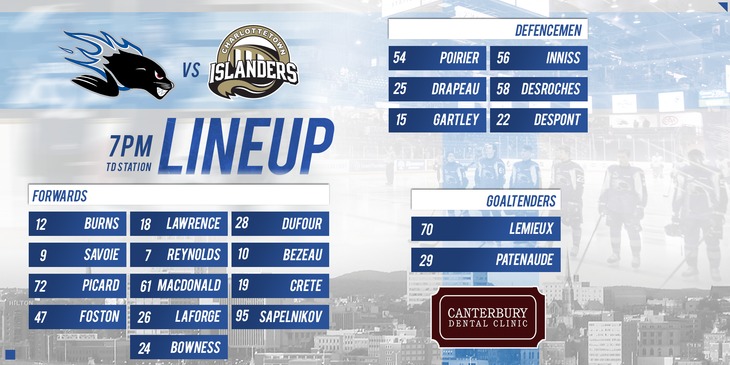 Dufour was sent off at 3:19 for high sticking. The penalty was killed and the Sea Dogs quickly got their own power play opportunity, when Oscar Plandowski was sent off for holding.

Saint John got their second penalty when Patrick Leblanc was sent off for tipping and this time the Sea Dogs capitalized and took the lead. Dufour picked up a cross-ice pass from Josh Lawrence and fired a one timer past Oliver Satny from the face off dot at 11:49.

The Sea Dogs second goal of the night came with one minute left in the first period. Dufour and Reynolds broke into the offensive zone with speed and Dufour passed the puck to Reynolds, who flipped it over the Islanders netminder and into the back of the net for his fourth goal of the year.

Sea Dogs lead in shots 8-7 after the first.

Saint John was able to keep play in the offensive zone for the first half of the second frame, keeping the pressure on their opponents, but the score remained 2-0 until the Islanders were able to get into the Sea Dogs zone and cut the tie in half. Patrick Guay scored the Islanders first of the night at 12:54.

Lukas Cormier passed the puck to Patrick Leblanc in front of the net, who was able to tap it into the open side of the net and tie the game up at two.

Xavier Simoneau took a trip to the penalty box for roughing at the end of the period, and the Sea Dogs began the third period tied at two. A cross-checking call against Brady Burns at the whistle meant the teams went to 4-on-4 to start the third period for 1:24.

Shots after the second were 18-16 for the Islanders.

Reynolds joined Burns in the box and play was 4-on-3 for Charlottetown for 52 seconds. They scored with 10 seconds left in the Simoneau penalty, Brett Budgell’s seventh of the year.

With 11:17 remaining in the third period, it looked like Lukas Cormier beat Lemieux and increased the Islanders lead, making it 4-2. The goal went to a long review and was deemed offside and the Sea Dogs stayed within one.

Reynolds tied the game up soon after, his second of the night, once again tapping in a pass from Dufour over the shoulder of Satny.

Drew Elliott took a trip to the box for hooking and the Sea Dogs got the man advantage. They were unable to take the lead and went on their own kill when Cole Foston was sent off for tripping at 13:26.

With 2:48 remaining in the game, the Islanders scored their fourth of the night, breaking the tie.

With a minute and a half remaining, the Sea Dogs pulled their goaltender for the extra man. Despite increased pressure, they were unable to score and fell to the Islanders 4-3.

Final shots were 31-24 for the Islanders.

Saint John will be back in action on Sunday, hosting the Halifax Mooseheads in a spooky Halloween matchup. Puck drop is at 3 PM. Bring your best costume, there will be trick or treating on the concourse! Tickets are available at the TD Station Box office, and team packs are 50% off! Get 17 25U tickets and 3 Adult tickets for only $125!