MENU
In response to the suspension of the season by the QMJHL, the Sea Dogs office will be closed until further notice. Please see the below announcement re: existing tickets and flex vouchers. Please hold on to any unused tickets. For questions/information please contact info@saintjohnseadogs.com We thank you for your patience and understanding as we continue to work through this.
March 8, 2019 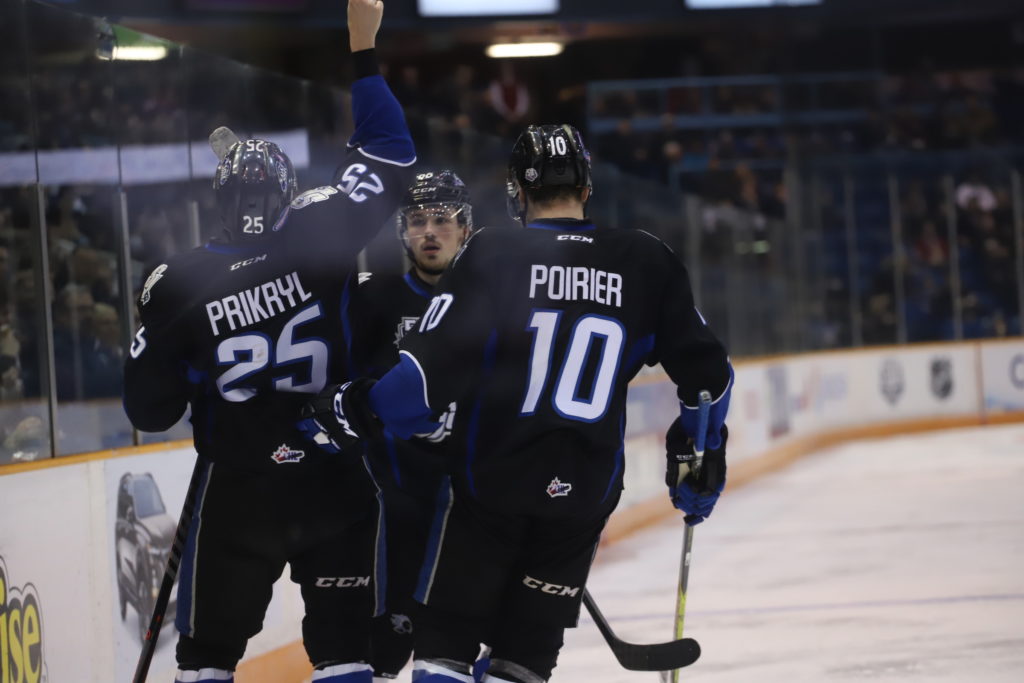 The Saint John Sea Dogs downed the Acadie-Bathurst Titan 5-1 on Friday night at Harbour Station. The Sea Dogs improved to 13-46-2-3 on the season while the Titan drop to 8-51-4-1. Saint John is now just one point back of Shawinigan for the final playoff spot with just four games remaining in the season.

The story of the game was the performance of the Sea Dogs young core. Rookies scored all five goals for Saint John and combined for 12 points on the night.

Saint John opened the scoring at 4:19 of the first period when Charlie DesRoches potted a power play goal, his 10th goal of the season. Fellow rookies Josh Lawrence and Jérémie Poirier had the assists on the play.

The Titan tied it up four minutes later on their own power play when Liam Léonard walked in front and tucked it past Mikhail Denisov.

Josh Lawrence then scored his 10th of the year at the 17:02 mark when Filip Prikryl skated behind the Titan net and left a nifty drop pass for Josh who sniped it home. 2-1 Dogs after one.

Prikryl picked up his twelfth of the year on the power play at 4:09 of the second when Benjamin Gagné let loose from the blue line and Prikryl was there to tip it home to make it 3-1 Saint John.

In the third period Jérémie Poirier was awarded his sixth of the campaign when his shoot-in fooled Grametbauer. The Titan thought they saved the puck before it crossed the line but the referee was on the goal line and immediately indicated a goal. After a short review the goal was confirmed and the Sea Dogs took a 4-1 lead.

With just over three minutes to go in the game Josh Lawrence scored his second of the night on a two-on-one feed from Filip Prikryl for a final score of 5-1.

Denisov finished with an impressive 32 save night, while Grametbauer had 28 stops in the loss.

Saint John returns home Sunday at 2PM to take on the Halifax Mooseheads in their final regular season home game of the season. Tickets are available at the Harbour Station Box Office and online at www.harbourstation.ca