MENU
In response to the suspension of the season by the QMJHL, the Sea Dogs office will be closed until further notice. Please see the below announcement re: existing tickets and flex vouchers. Please hold on to any unused tickets. For questions/information please contact info@saintjohnseadogs.com We thank you for your patience and understanding as we continue to work through this.
February 19, 2020 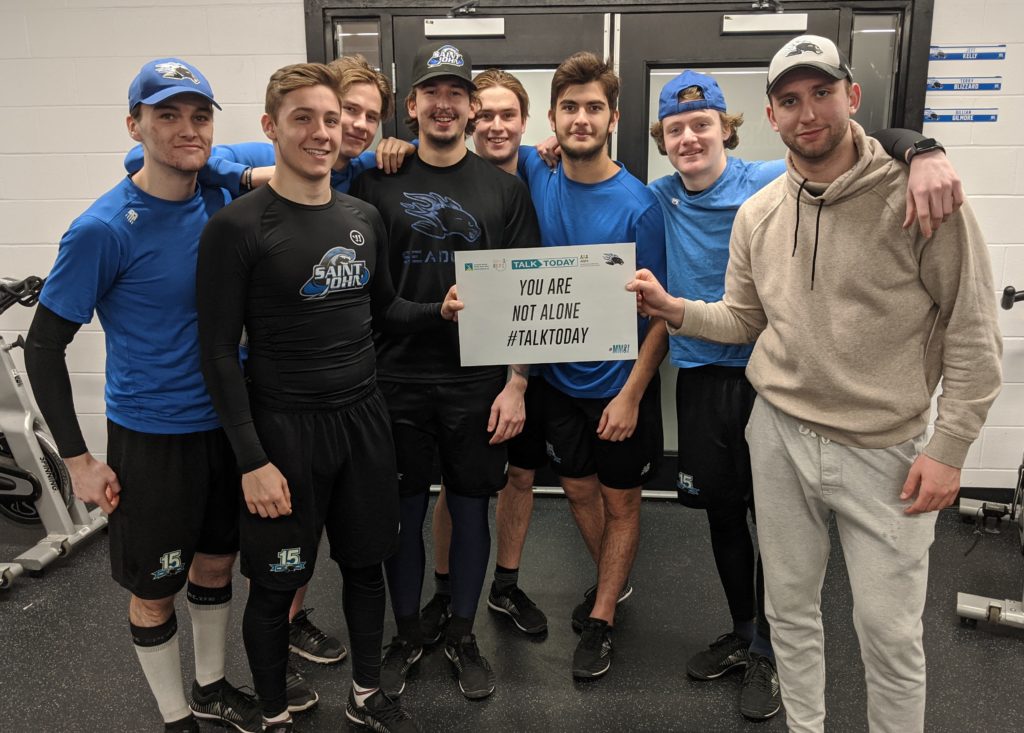 The Sea Dogs game on February 23rd at 3pm will feature:

“We’re proud to partner with CMHA of NB on this very important initiative,” said Sea Dogs President and General Manager Trevor Georgie. “Our student athletes face unique challenges on and off the ice every day. They are role models who have a positive influence on fans throughout the Saint John region, with an emphasis on young supporters. By hosting this event, we want to help end the stigma and discrimination associated with mental health issues and encourage dialogue in the community about mental health.”

“CMHA would like to commend the league and its teams for their commitment to promoting mental health. By participating in Talk Today, they are helping educate athletes and their families about mental health, and encouraging them to talk about it openly. Mental health is everyone’s concern” said Geneviève Fecteau, Executive Director, CMHA Québec Division and Montréal Branch.

Tickets for the game are still available and can be purchased at the TD Station Box Office and at Rocky’s Sports Bar, East Side Mario’s, Grannan’s and the Saint John Ale House. 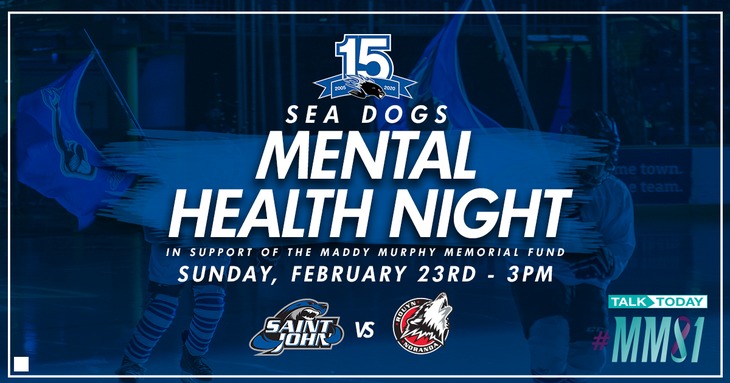