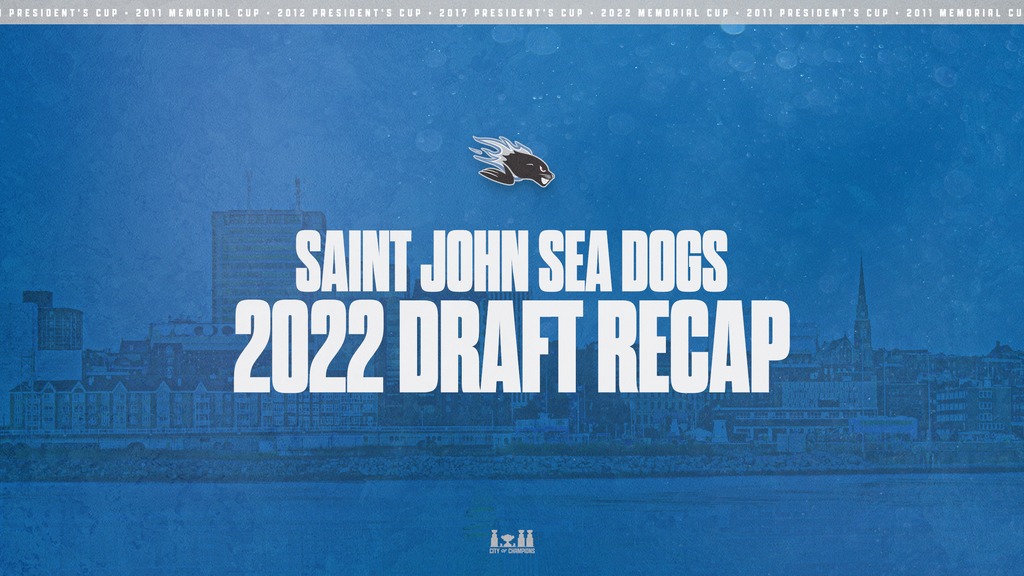 The Saint John Sea Dogs made 14 selections in the 2022 QMJHL Entry Draft on Tuesday, adding two goaltenders, five defensemen, and seven forwards to their prospect pool.

The Sea Dogs opened their draft in the third round, selecting defenseman Jeremie Richard 37th overall. A New Brunswick native, Richard won the Telus Cup with the Moncton Flyers earlier this season and was one of their top scoring defensemen as a rookie with 20 points in 28 regular season games. Watch his draft profile here.

With their second pick, the 64th overall in the draft, the Sea Dogs selected Chad Bellemare of the St-Eustache Vikings. A 5’07 winger, Bellemare scored 34 points in 40 games last season.

They then selected their first goaltender of the draft in the fourth round, Justin Robinson from the Brantford 99ers of the OJHL. Robinson participated in the 2022 OHL Cup Showcase, putting up a 0.956 save percentage over the three games.

Right winger Jacob Beaulieu from the Albatros du Collège Notre-Dame in Quebec was selected in the seventh round and 6’01” defenseman Christophe Beaudoin from L’Intrépide de Gatineau was selected next at pick number 149.

In the 9th and 10th round, teammates forward Benjamin Beaudry and goaltender Charles-Antoine Girard from the Seigneurs des Mille-Îles U17 with the next two picks. Beaudry was a point per game with the Seigneurs last season, 28 points in 28 games.

Anthony Biakabutuka, a 6’02” 180 lbs defenseman from Longueuil, QC, was selected in the 10th round. Biakabutuka’s brother Jeremie has played in the QMJHL for the last four seasons, playing with Val-d’Or, Rimouski, and most recently with Charlottetown.

In the 13th round, the Sea Dogs selected Marc-Antoine El Hawat from the Lac St. Louis Lions. The winger from Montreal scored 16 points in 38 games last season.