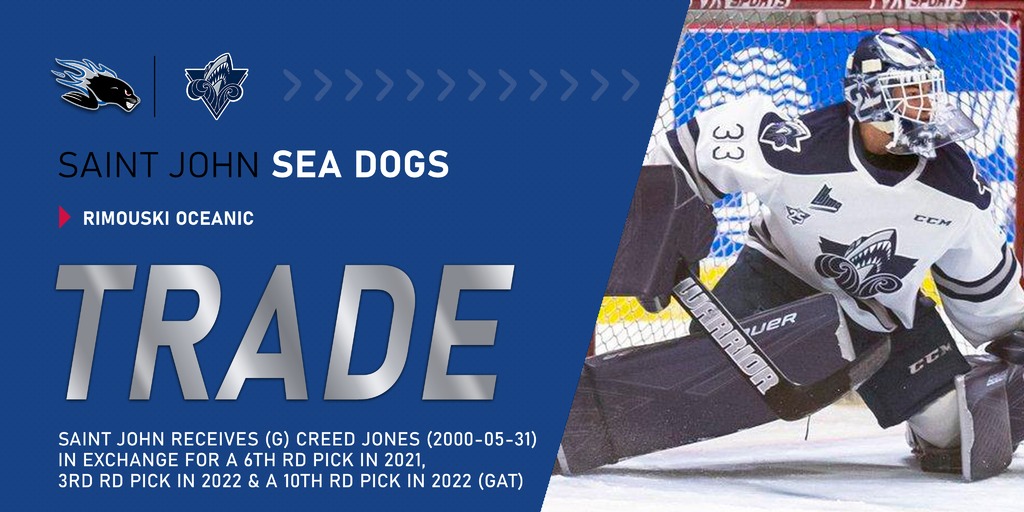 From Peterborough, ON, Jones split last season between the Gatineau Olympiques and the Oceanic. In 32 appearances he posted a league’s sixth best goals against average of 2.80. His .904 save percentage was equal to Oceanic goaltending teammate, Colten Ellis. Listed at 6’2”, he appeared in 12 games with Rimouski, finishing with a record of 9-2-0-0.

“We’re very pleased to add a very good goalie in Creed,” said Sea Dogs President & General Manager, Trevor Georgie. “He has lots of experience in the League and was exceptional down the stretch for Rimouski. Our assessment is that he is an underrated goalie and that him and Noah will make a great duo for us this season. From speaking with him, he got robbed of his chance to have a deep playoff run last season and is highly motivated to do that this season.”

“I’m excited to be joining such an esteemed organization,” Jones said. “From top to bottom I have only heard positive things about this group. I’m eager to get on the ice and continue to re-establish the winning culture the city of Saint John and their fans deserve.” 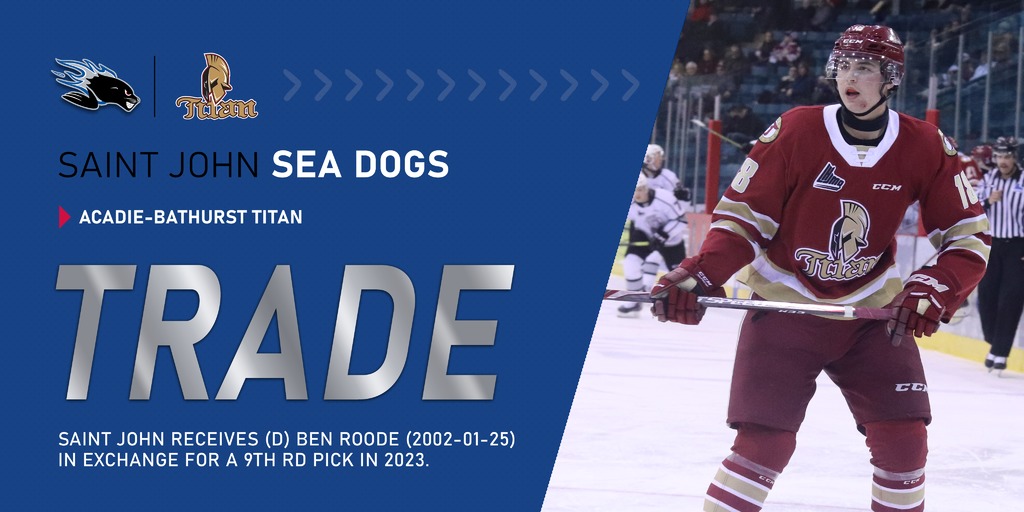 “Ben is a player that we liked going into the 2018 Draft and as a first round pick, was obviously highly regarded,” explained Georgie. “He is a big, strong athlete who has played two full seasons in the League and will add depth to our group. Sometimes players just need a fresh start and we look forward to giving that to him here.”

Roode is expected to join the team immediately.

Saint John will have a week of rest before returning to preseason action against the Halifax Mooseheads at home on Sunday, September 13th at 3pm.