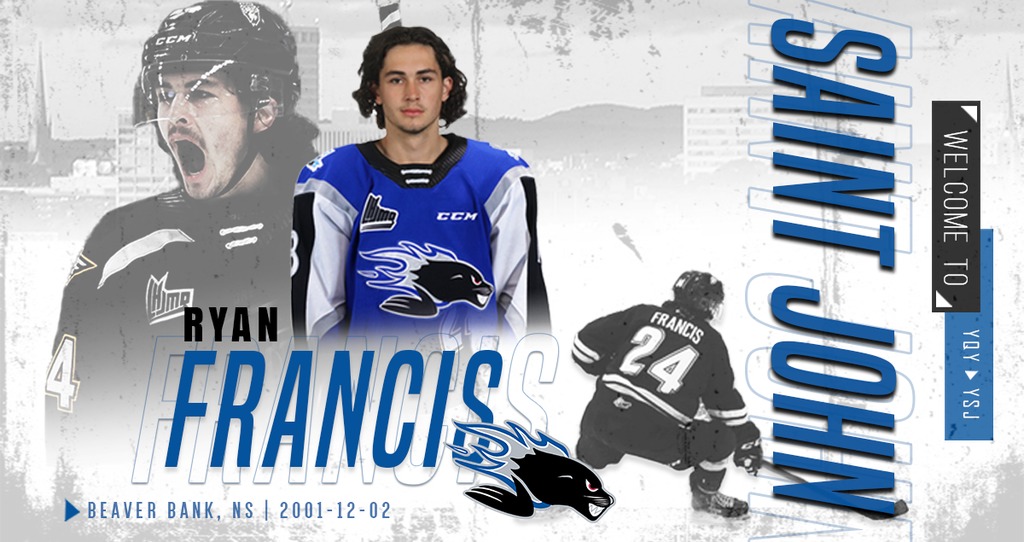 Francis, a native of Beaver Bank, Nova Scotia was selected by the Calgary Flames in the fifth round of the 2020 NHL Draft, 143rd overall. Born in December of 2001, Francis’ draft eligibility was pushed a year due to his late birthday.

In the 2019-20 season, Francis was third in team scoring tallying 72 points in 61 games. His 48 assists led all Eagles and positioned him 10th overall in the QMJHL. That season he also represented the QMJHL in the CIBC Canada Russia Series and played in the Kubota CHL/CHL Top Prospects Game.

Through the first 198 games of his career Francis has an impressive 51 goals and 108 assists for 159. This season he ranks 7th in league scoring with six goals and 15 assists in 15 games.

“Ryan is an offensive threat and a game breaker,” explained Sea Dogs President and General Manager, Trevor Georgie. “We have seen that firsthand playing against him in the same division and it will be nice to now have him in our lineup. We anticipate that Ryan will be a two-year player for us and one of the most impactful 20-year-old players in the League next season, which we value greatly.”

“Dawson has a great mix tools and has lots of room to grow and develop.” said Georgie. “He is a player that was greatly coveted by Cape Breton and will get a lot of opportunity there. We want to wish Dawson and the entire Stairs family, the very best in the future.”

Francis will join the team following his required 14-day isolation.