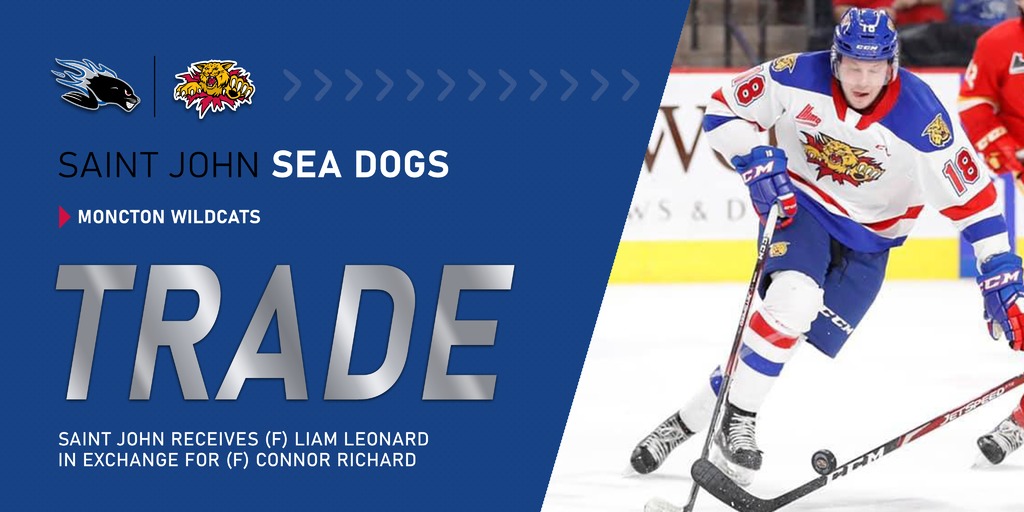 Listed at 6’1″, 194lbs, Leonard played 22 games with the Wildcats this season after being traded to Moncton from the Acadie-Bathurst Titan during the Christmas trade period. In 46 total games last season he had four goals, seven assists and 63 penalty minutes.

“Liam brings a lot of grit, hard work, and energy to the game. We think he has the opportunity to play a meaningful role on our team and enhance the physicality in our lineup,” said Sea Dogs President & General Manager, Trevor Georgie.

From Clarenville, NL, Leonard was drafted in the 7th round of the 2016 QMJHL Entry Draft to the Quebec Remparts. In his first full QMJHL season (2018-19) Liam scored 12 goals and added 15 assists with the Titan.

“Connor is a great young man and we wanted to give him an opportunity close to home,” said Georgie. “We have a lot of depth up front and wish him the very best in Moncton.”

Last season, Richard played for the Campbellton Tigers (MJAHL) where he registered 16 goals and 21 assists in 47 games.