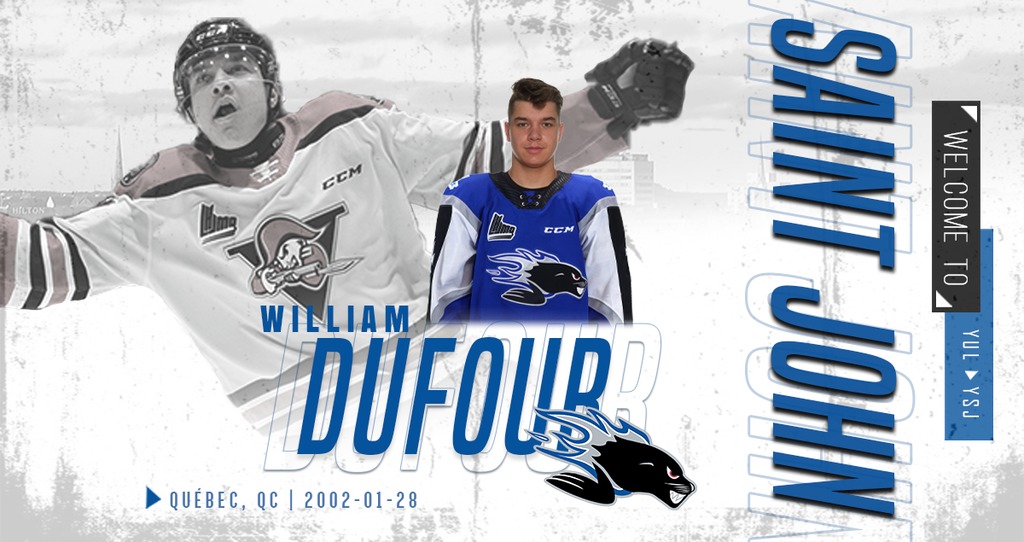 The Saint John Sea Dogs opened the pre-draft trade period today by announcing the acquisition of New York Islanders prospect, William Dufour from the Drummondville Voltigeurs. Dufour was a former first round draft pick (6th overall) of the Rouyn-Noranda Huskies in 2018 before spending time with the Chicoutimi Saguenéens and Voltigeurs.

The New York Islanders selected the 6’3″ forward in the 5th round of the 2020 NHL Draft.

“William will bring size, skill, grit and a scoring touch to our lineup,” said Sea Dogs President & General Manager, Trevor Georgie. “He’s the exact type of player we were looking to add this off-season, and we expect him to make an immediate impact.”

Girouard was acquired prior to last year’s draft from the Drummondville Voltigeurs. In 31 games with Saint John this season, Girouard had 13 goals and 13 assists for 26 points.

Saint John also added goaltender Ventsislav Shingarov (2003) and a 12th round pick in 2022 (SNB) from the Baie-Comeau Drakkar in exchange for a 7th and 12th round picks in 2023. Shingarov appeared in six games with the Drakkar over the last two season and has a career GAA of 3.65.

The trade period window is now closed but is set to reopen on Friday prior to the 2021 QMJHL Entry Draft.